The Art of Drafting a Proper Legal Memo

Cary Griffith
What do you think about this article? Rate it using the stars above and let us know what you think in the comments below.
There was a time when the law firm memo was the bedrock of the American legal system. In those days, a private lawyer was contacted and asked to opine on the legal ramifications of a personal or business issue. The lawyer withdrew to a library alcove or office, where almost all of the legal research he/she performed was done in books. At the end of that process, the lawyer gave the client a memo that not only covered the legal ramifications of a particular course of action, but also statutory, regulatory, and case law supporting his or her assertions—including bluebook citations to the law. At its zenith, the law firm memo demonstrated acumen; a substantial, deep knowledge of the law; professional research skills; and—in many cases—excellent writing.

But the days of the law firm memo are by most accounts gone. 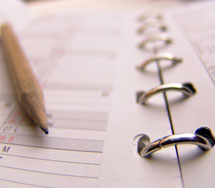 "I think [the law firm memo] has really changed," says Bill McDonald, Vice President, Associate General Counsel, and Deputy Secretary for Ceridian Corporation. "I hardly ever ask for a legal memo. I may ask for something short and sweet that I can put in the file, and I assume there's something more exhaustive behind it."

McDonald's comments illustrate a couple of different perspectives about the law firm memo. First, from an in-house counsel perspective, the corporate lawyer is sometimes a client and sometimes a lawyer. Corporate counsel is the lawyer to the company executives he or she supports, but also the client of the outside counsel he/she hires for assistance on particular matters. As such, the in-house lawyer has two different perspectives about writing as it pertains to the legal memo. When dealing with outside counsel, the in-house attorney expects the attorney's opinion will have "something more exhaustive behind it." However, "from an in-house perspective," adds McDonald, "the lawyers are expected to give short, concrete answers. When I give that advice, I'm still doing the research and noting what I need to do, but it's probably not" as exhaustive as a formal law firm memo.

McDonald, who was in private practice until 1994, recalls the days of more extensive law firm memo writing. In those days, he conducted the kind of extensive research and intense consideration of all the legal issues, primarily because he wanted to be sure to thoroughly address all of the client's considerations, but also because of liability concerns, which is another reason some of the lawyers we spoke with mentioned the continued importance of the law firm memo.

Now, there may be some confusion about the difference between a legal memo and a legal brief. There may be some overlap between the two, but most often the biggest difference is the voice it uses. A legal brief is different from a memo because it has a persuasive voice. It's trying to convince a judge or attorney of something. It has a point of view.

A law firm memo, on the other hand, is neutral. It offers an objective view of both sides of an argument. It uses supporting evidence for both sides of the argument. It's not designed to be persuasive in any way and instead leaves it up to the reader to come to a conclusion on their own.

The Legal Memo's Format and Use

While the law firm memo is primarily designed to be an attorney's response to his/her client's legal question, the basic format has plenty of other advisory applications, some of them humorous. As already noted, the primary legal memorandum is the tip of a very large legal research iceberg. For example, if the client's question is whether or not directors or officers can be criminally prosecuted under the new Sarbanes-Oxley Act of 2002, before advising the client, the attorney will conduct exhaustive legal research on the subject. That means both primary legal research—or researching all relevant case law, statutes, and regulations—and secondary legal research—or locating and reading whatever has been written on the subject in legal journals, etc. While the traditional memorandum may be succinct, possibly even ignoring the more formal aspect of citations of primary and secondary legal sources, rest assured the file, or a more formal document, exists with all the citations and extensive legal research work shown.

Virtually every legal question is a candidate to be answered using a legal memorandum. "In litigation," notes Jim Seidl, President of the Legal Research Center, Inc. (LRCI), a company that specializes in providing lawyers with legal research and writing services, " [the legal memorandum] can also serve as an analysis of what the client might expect from another party." As such, the legal memo can be used to prepare a client for a deposition or less formal legal questioning.

In fact, the format of the legal memorandum is so versatile that it has served as an excellent vehicle for both general information and humor. Perhaps one of the best instances of this was chronicled by Jonathan D. Glater in an October 22, 2003, New York Times article entitled "Legal Research? Get Me Sushi, with Footnotes." The Times article describes "the hottest law firm memo around town, but it was not about Enron, Tyco, or any corporate scandal. It was not even written by a lawyer." A partner at a top East Coast law firm complained about a dissatisfying order of sushi takeout and asked a legal assistant to research the local alternatives. "The paralegal," Glater writes, "took to the task aggressively, interviewing lawyers and staff members at the firm, reading online and Zagatsurvey reviews, and producing a three-page opus with eight footnotes and two exhibits (two sets of menus)."

While a memorandum devoted to the local best sushi doesn't exactly qualify as a legal memorandum, it does illustrate the versatility of the form.

Regardless the overall format and specific purpose of a legal memorandum, the bottom line, according to Gus Ljungkull, LRCI's CEO, is "legal memoranda have been predominantly used to inform and advise. Whether written by an associate attorney, a senior partner, or a research attorney specialist, the purpose of the memo is to explain the law."

Let's discuss tradition for just a moment. Traditionally, legal memos are a written way to communicate about a specific legal issue or question. Paralegals and lawyers are those who most often write them and include a few “must-haves.” These include:

How in depth each of these sections are will depend largely on the question asked or the issue at hand. The structure can also vary widely as can the order. Here is a brief outline of what each of the above sections mean:

The statement of facts is usually the shortest of the memo and will include a list of sorts of all the facts that pertain to the question at hand. Any related issues usually follow this section. Then, a conclusion is sometimes included, which discusses some previous cases related to the issues. Sometimes the conclusion is at the end, but order doesn't really matter. It's more about law firm preference.

Examples of the law or rulings that relate to the issue are typically offered next that back up the conclusion. This is very objective, offering just the facts, not opinion, to come to these conclusions. From there, the memo may include some recommendations for how to move forward based on the conclusion drawn. This will help a client decide what to do next and the memo itself is often just a standard part of the process.

The legal memo may be later expanded into a legal brief for presentation to a judge. This will include even more citations and an attorney's opinion in order to convince a judge of his or her conclusions. Law schools often assign memos to students to teach them how to structure arguments. It's a very formal kind of document and is sort of the law firm's version of a research paper.

Truth is, according to the attorneys interviewed for this article, the substance and basic characteristics of the legal memorandum is essential the same as it's been for decades. "The substance of a memorandum's legal analysis," opines Seidl, "has changed little over the past 20 years. The legal issues are stated; the facts of the client's matter are presented; the relevant case law, statutes, and regulations are analyzed; and the conclusions are drawn."

"What has changed," according to Ljungkull, "is the way the legal analysis is formatted and presented." If memoranda are produced electronically, in Microsoft Word or on the Internet, their relevant citations may be hyperlinked to a full-text Internet version. It's a common opinion that legalese, or the heavy reliance on legal nomenclature and jargon, serves no good purpose for the client. While these memos are not being dumbed down, they are being written in plain English. And for purposes of simplicity, they may, in the words of McDonald, be "short and sweet."

The truth is, in today's rapidly changing legal environment, with dynamic laws and regulations and increasing government efforts to enforce them, the law firm memo is still the bedrock of the American legal system. While at times it may be esoteric, it's fungible, concrete form lends itself to being flexible enough for the modern age. Its structure is reliable and helps students and full-fledged lawyers alike ensure they are fully backing up their facts. It all comes down to critical and analytical thinking skills. Perhaps that is why Legal Research and Writing is still one of the first classes taught to first-year students in America's law schools.

Please see the following articles for more information about life as an associate:

How to Avoid a Bad Reputation at Work

How to Avoid a Bad Reputation at Work