Krysten Crawford
( 362 votes, average: 4 out of 5)
What do you think about this article? Rate it using the stars above and let us know what you think in the comments below.
Law school grades do matter. Here's how to do your best on those end-of-term tests. 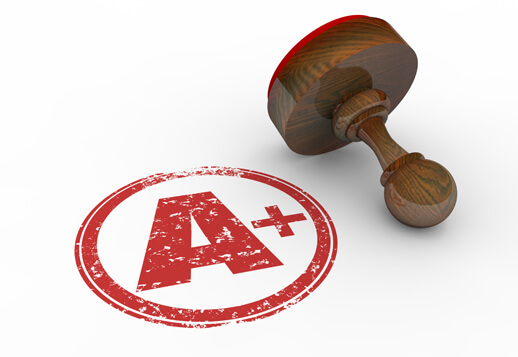 Six years out of Boalt Hall School of Law, Laura Franco still feels the sting of that first semester. Like so many new law students, Franco spent her first few months floundering for the right studying strategy. In the end, she managed only middling grades. And although she nailed the rest of law school, her lackluster first semester pulled down her class ranking-and put top clerkships and other plum legal jobs all but out of reach. "It was hard to get hit with so much and have such a short time to adjust," says Franco, now happily ensconced as a sixth-year associate at Coudert Brothers in New York. "I figured it out, but those first semester grades cost me."

Like it or not, law school marks remain one of the first and most important things employers look at. And with so many law professors basing grades on one end-of-term test, that means you'd better know how to ace 'em. Here, real-life lawyers, law school grads, professors, and other exam experts share the secrets of test success. Consider this your first cheat sheet.

1  Work Early, Work Often
The number one mistake students make is to fall behind from the start, says Robert Miller, the author of Law School Confidential: A Complete Guide to the Law School Experience. You got away with it as an undergrad? You will not get away with it here, says Miller. From day one, he advises, block out seven to eight hours every day-try two hours in the morning before classes and five or six hours after dinner-and study during those hours like it's a full-time job. Actually, says Miller, "study like it's more than a full-time job."

2  Learn to Issue-Spot
Many students try to provide a single answer to an exam question. "They want to sort through the various issues and focus on the determining factor, but they ignore all the other issues," says Henry Noyes, a Pillsbury Winthrop senior attorney and a co-author of Acing Your First Year in Law School: The Ten Steps to Success You Won't Learn in Class. Instead, says Noyes, identify all the key issues, then demonstrate a laserlike analysis of them. Consider the example of a multi-injury car crash: Driver 1 blows a tire and skids across the highway. Talking on his cell phone, Driver 2 slams on his brakes to avoid Driver 1, causing Driver 3 to swerve into another lane and hit Driver 4, a trucker hauling a load of tomatoes. Boom-the road is a wreck-strewn, tomato-slicked MASH unit. The professor asks you to discuss the legal issues with regard to fault. "A bad answer would be to say that you would represent, say, Driver 1, then spend all your time talking about why that person has the best case," says Noyes. A better answer: Spend part of your time assessing each person's case-"what their claims might be and why those claims won't be any good." Was the company that manufactured Driver 1's tires at fault? Was Driver 2 distracted by the cell phone? Was Driver 3 driving too fast or tailgating? Were the tomatoes loaded properly? The more liability issues you spot and analyze, says Noyes, the more points you score. "The professor doesn't care where you end up-she wants to see how you get there."

3  Outline, Outline, Outline
Want to drive yourself crazy and botch your exams? Try to outline thousands of pages per class the week before finals. Sure, making daily or weekly outlines of your reading takes time and discipline, but, says Miller, regular outlining saves you stress come exam week; it forces you to decide what's essential in a given class; and it helps burn the information into your brain-which means less last-minute memorization, a lousy way to learn. Limit outlines to no more than 70 pages per course, says Miller. "Outlines 300 pages long defeat the purpose." About two weeks before finals, pare down each outline to about eight pages (use diagrams, Miller says, for subjects heavy on prior case law, such as constitutional law, and use bullet-point lists for torts and other courses based on legal principles that can be stated simply in a series of steps). The second outline has all the benefits of the first, and knowing that everything you need to shape an answer is right there on a few pages "keeps you from freezing up."

4  Go Solo
Study groups sound great in theory: more brainpower, less work, free therapy. But the consensus among experts is to stay away. "Study groups are mostly for people who procrastinate," says Noyes. Too often the get-togethers devolve into gossip and BS sessions where members (whose abilities and work habits tend to vary wildly) show up late, unprepared, on crack . . . Instead, find one classmate whom you trust and review complicated cases or your own weak spots with her, advises Miller (bonus: Miller wound up marrying his first-year study partner). And, competitive instincts notwithstanding, be willing to lend a hand to others. "What goes around comes around," says Miller.

5  Study Your Prof
Sadly, the blind grading system used today at most law schools has put an end to the time-honored traditions of schmoozing or sleeping your way to the top (not that you ever would). Still, it pays to know your instructors' interests. In law school, "you aren't just taking 'contracts,' " says Charles Whitebread, a University of Southern California professor and the author of The Eight Secrets of Top Performance in Law School. "You are taking 'contracts from Professor X.' " Thus it's important to find out what blows your professor's mental skirt up-and go with it. Has your torts professor published articles about the economic theories of risk allocation? Has he studied the intersection of social psychology and the law? Such pet projects can provide clues about the kinds of exam questions the professor might ask-and the kinds of answers that might impress him. "If a professor must read over and over again a discussion of an issue, it's a good bet that he will ask about an issue that he finds intrinsically interesting," says Whitebread. Look for clues to your instructor's proclivities in old exams, law review articles, and published lectures and speeches. If you can do it subtly, you might point out on the exam ways in which a case you're reviewing relates to your prof's interests.

6  Chill the %@#$ Out
By the way, you're not still studying just before your test, are you? And you're not feverishly comparing notes with classmates about what they know and what you don't know, right? You realize it's best to sit quietly and relax before the big moment, yes? Good. We thought so.

7  Whoa, Speedy
When a test lands on your desk, says Whitebread, take a few minutes to wrap your mind around the basics-the number of questions, how each one is weighted, the amount of time you have to devote to each answer. Next, take 15 minutes or so to think about each question and to sketch your basic thoughts on important points and significant cases. Then-and only then-start writing. Too many students, says Whitebread, dive headlong into the first question, only to realize two-thirds of the way through the exam that they still have four questions to go. Taking 15 to 20 minutes to draw a bead on the whole beast not only averts such disasters but also builds confidence and frees you up to write more compellingly. If you do start to run out of time, write your answers in outline form. The prof will at least get a sense of where you were going.

8  Kill the Postmortems
A real-life lesson on the wisdom of postexam second-guessing: Scott Parker, a Berkeley, California, sports agent and another Boalt Hall grad, recalls losing sleep over a conversation he'd had with a classmate after his first-year torts final. "The guy said he spotted 47 torts," recalls Parker. "I only spotted four." Panicked, Parker spent the two months before the grades were posted convinced that he had blown the class. Of course, he earned a top grade. But what if you really did blow it? You read tips one through seven, didn't you?

This article originally appeared in the September 2001 issue of JD Jungle.

( 362 votes, average: 4 out of 5)
What do you think about this article? Rate it using the stars above and let us know what you think in the comments below.