Judith Earley
( 1016 votes, average: 4.5 out of 5)
What do you think about this article? Rate it using the stars above and let us know what you think in the comments below.
What is an HBCU?

Historically black colleges and universities (HBCUs) are colleges or universities that were established before 1964 with the intention of serving the African-American community. There are more than 100 historically black colleges in the United States, and most of them are located in the South or in the Eastern states. Additionally, there are two HBCUs in Missouri, another two in Ohio, and one in the Virgin Islands. Institutions that were founded or began to admit African-American students after the Brown v. Board of Education ruling and now boast high levels of African-American enrollment are not by definition HBCUs. 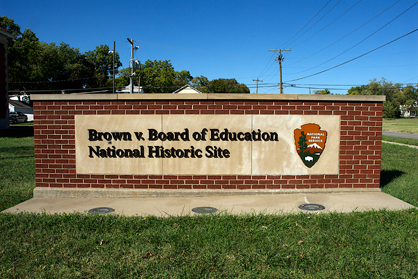 In 1867, the U.S. Congress chartered Howard University, a coeducational private institution in Washington, DC. Boasting a diverse faculty and student body, the main campus of Howard University is located in Northwest Washington; the law school resides on a separate campus approximately 15 minutes away.

Howard University School of Law opened its doors in 1869 when there was a dire need for lawyers committed to helping black Americans secure and protect their newly established rights. At that time, the first six law students met at night in the homes and offices of faculty. At the dawn of the 20th century, Howard University School of Law became not only a school but also a symbol of legal activism and a clearinghouse for information on the civil rights struggle.

The Thurgood Marshall School of Law came into existence as a result of a 1946 lawsuit brought by Heman M. Sweatt, who was denied admission to the University of Texas because he was black. Because of the separate-but-equal provision in the Texas Constitution, the state legislature provided for an "interim and separate law school for Negroes." During its first year, the law school was located in Austin, TX, but it was eventually moved to the new university campus in Houston.

Hatfield was the recipient of the law center's first honorary Juris Doctor during the May 2002 commencement. He passed away on June 14, 2002, at the age of 87.

Florida A&M University is located in Tallahassee, FL, and is a comprehensive, public, coeducational, and fully accredited land-grant university. The College of Law was founded on December 21, 1949, and the first class was admitted in 1951. In 1966, the Florida Board of Control withdrew its permission for the institution to admit law students, and the law school graduated its last class and closed its doors two years later.

In 1939, the North Carolina General Assembly authorized the establishment of the North Carolina College for Negroes, as it wanted to provide a law school in order to give African Americans the opportunity to study law. Although its opening was delayed due to a lack of enrollment, the law school formally opened in 1940 with four students.

In 1944, the school admitted its first women, and it began enrolling Caucasian students in 1965. The evening program was established in 1981 and is still the only evening law school program between Atlanta and Washington, DC.

University of the District of Columbia

Since the University of the District of Columbia was chartered in 1974, it is not by definition an HBCU. Nevertheless, the University of the District of Columbia David A. Clarke School of Law received full accreditation from the American Bar Association on August 8, 2005, with the unanimous vote of the ABA House of Delegates. Here are some significant facts about the most diverse law school in the country.

( 1016 votes, average: 4.5 out of 5)
What do you think about this article? Rate it using the stars above and let us know what you think in the comments below.