Anayat Durrani
( 479 votes, average: 4.5 out of 5)
What do you think about this article? Rate it using the stars above and let us know what you think in the comments below.
In the lawyer world, ABA accreditation is the gold standard. Each year, thousands of students graduate from the 191 institutions across the country that are approved by the American Bar Association. And while for many, obtaining a law degree from an ABA-accredited law school is an absolute priority, for others, attending a non-ABA accredited law school can satisfy one's educational and career objectives. 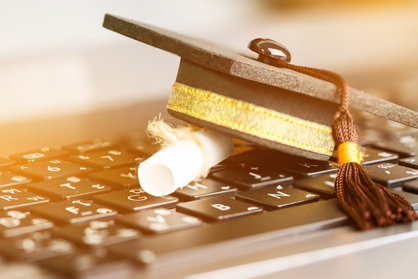 Several law schools operate without the approval of the American Bar Association, and states have their own bar associations that administer the bar exam. California is one example and has the largest and most powerful state bar in the country. The California Bar Association (CBA) issues accreditation to schools not accredited by the ABA.

Empire College School of Law is one of those schools accredited by the Committee of Bar Examiners of the State Bar of California. Students who graduate from CBA-approved law schools can sit for the bar. Over the last five years, Empire Law School has achieved one of the highest pass rates for California accredited law schools and was ranked #2 in the state on the February 2004 exam. Approximately 22 percent of the Sonoma County Bar is comprised of Empire alumni.

"Choosing an ABA-accredited school was not really an option for me," said Jeanne M. Browne, a graduate of Empire. "Since I had no undergrad degree, I doubted that the ABA school would even be interested in me."

Browne was a legal secretary for eight years before attending Empire. She went there to give her future more flexibility. She chose Empire College mainly out of convenience, but also because it was located in her hometown of Santa Rosa, had a good reputation, and she was able to pass the necessary requirements to attend.

"After I graduated, I was able to sit for the bar, and it didn't matter to me that I could only practice in California. I had no plans to go anywhere else," said Browne. "I have used my J.D. in my career as an attorney for the last 17 years. By God's grace, I now have a law practice of my own, doing family law and collaborative family law."

She started out making court appearances and doing research for other attorneys while she kept her job teaching business law at Empire Business College. She recently retired from teaching after 18 years and now has a regular part-time employee working in her solo law practice.

"I do not think that not attending an ABA-accredited school is a barrier to a law career unless the person desires to only acquire a job at the top-of-the-line law firms that won't consider hiring from any other-type schools."

Grantedi Birchfield, Managing Partner of Major, Hagen & Africa, the world's largest legal-search firm, said that where one graduates from and the quality of the law school is very important to her clients.

"From the recruiter perspective, our clients are typically looking for top-notch attorneys, and one important factor in making that assessment is where they attended law school," said Birchfield. "More often than not, we are dealing with candidates who obtained their J.D.'s from the top-ranked 20 or 30 law schools in the country, so the unaccredited law schools don't even enter into the picture."

Martha Fay Africa is Co-Founder and Managing Director of Major, Hagen & Africa. She said she has no knowledge of any lawyer from an unaccredited law school getting hired by any of her clients, which tend to be larger, more successful national and international law firms.

"Where one has gone to law school is crucial in our work, and it matters a great deal to our clients—probably less so to employers who do not use search firms," said Africa. "In my opinion, if a student has the opportunity to attend an ABA-accredited law school, then they have one less strike against them in this highly competitive legal environment."

Yet not attending an ABA-accredited school is not necessarily a barrier to big-firm success. Joseph Russoniello, senior counsel at Cooley Godward, LLP, serves as Dean of the San Francisco Law School, a CBA-accredited law school since 1937. The school's alumni include former California State Governor the late Edmund G. (Pat) Brown, former Lt. Governor Leo T. McCarthy, and former Undersecretary of the United States Department of Energy Joseph F. Salgado. Russoniello believes San Francisco Law School provides students a good alternative to ABA-approved law schools. The oldest evening law school in the Western U.S., it has a regular four-year program (tuition is $6,535 for the academic year) and an extended four-and-a-half-year program.

"We offer a high-quality, practical curriculum taught by attorneys and judges who practice in the areas in which they teach at modest tuition cost in a comfortable and congenial environment at hours and on an extended schedule that best suits students who have daytime work and family commitments at an urban location that is convenient and safe," said Russoniello.

For Adrienne Moran of Shapiro, Galvin, Shapiro, Piasta & Moran, a 1988 graduate of Empire College School of Law, her choice of Empire was more for practical reasons. After graduating from St. Mary's College and getting married and settling down in Santa Rosa, the couple couldn't afford living on one salary. So, she said her options were limited to night school and daytime work, and Empire fit her needs perfectly.

"I have used my J.D. by practicing law with the same firm in which I clerked during law school since 1988," said Moran, who passed the bar on the first try. "I practice primarily employment law, representing public and private employers. I also have had the honor of representing the Diocese of Santa Rosa and other notable clients in our community."

There are 19 ABA-approved law schools in California. The state has another 19 schools accredited by the Committee of Bar Examiners (CALS) and 15 unaccredited schools. Going to an ABA-accredited school is arguably the most promising route to pursue, as it sets no limits on geography in terms of practice and can yield a higher starting salary. Furthermore, many firms are only interested in graduates from ABA-accredited schools.

However, how one defines success depends on several factors, according to Roberta Kass of Seltzer Fontaine Beckwith, who works as a legal-search consultant and has more than 20 years of legal-recruiting experience.

"Not everyone who attends law school does so with the goal of working for a big corporate law firm," said Kass. "There are attorneys out there who did not attend ABA-accredited schools who are competently helping people and having satisfying and/or lucrative careers—in solo practice, with law firms, corporations, and government."

She said some people go to law school for the degree and have no intention of ever taking the Bar exam. Kass said a large number of people attend law school without intending to practice law and instead use the degree as a means to expand their marketability and credibility within their chosen field. "In many instances, it's the J.D. degree, rather than where the degree is from, that gets you the bump to the higher salary grade," she said.

She advises those considering ABA- or non-ABA-accredited law schools to determine their goals early on, such as whether they plan to be an associate of a large Wall Street firm or enter solo practice. She also suggests talking to alumni and finding out where they work, seeing whether a school helps place graduates in the careers they are interested in, and checking a school's bar-passage rates.
Please see the following articles for more information about law school, the bar exam and succeeding in your first year of practice:


Learn the 10 Factors That Matter to Big Firms More Than Where You Went to Law School
( 479 votes, average: 4.5 out of 5)
What do you think about this article? Rate it using the stars above and let us know what you think in the comments below.

Three Things No One is Talking About With Bar Exam Passage Rates: The Real Ramifications of Lower Bar Passage Rates

Three Things No One is Talking About With Bar Exam Passage Rates: The Real Ramifications of Lower Bar Passage Rates