Share
Tweet
Linkedin
301 Views
( 40 votes, average: 4.2 out of 5)
What do you think about this article? Rate it using the stars above and let us know what you think in the comments below.
From the middle of the 1990s, more and more large businesses have started discarding the trend of having a large number of external service providers, or external law firms to handle their work, and are instead emphasizing on the “convergence” model. To an extent, this shift has been both proposed and encouraged by general counsel to reflect the trend of having their pay packages, or their major portions, based upon overall team or company performance. “Convergence” in external law firms had major advantages for general counsel who no longer viewed their own companies as assured clients and were quickly assuming the roles of business advisors on company boards. 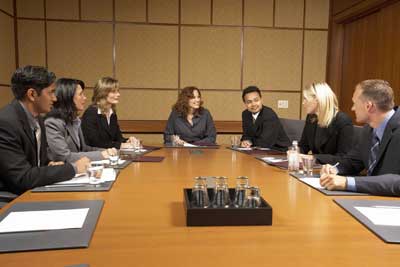 “Convergence,” – cutting down the number of external law firms


David B. Wilkins, in his paper named Team of Rivals? Toward a New Model of the Corporate Attorney-Client Relationship, (Fordham Law Review, April 2009) discusses the issue of the trend of “Convergence” being adopted by businesses and general counsel. To emphasize his point, Wilkins mentions the case of DuPont. In the 90s, in just two years DuPont decided to reduce the number of external U.S. law firms that provided service to the company from 350 to 35.

Talking on what made DuPont change the trend, in an article, two DuPont lawyers explained:


[S]preading patent and trademark work among a large number of firms limited rather than strengthened our bargaining power. Firms receiving a relatively small amount of work, even from a perceived “prestigious”client, were not inclined to offer discounts or give close management attention to the work. . . . Dealing with nearly 300 firms [also] made it difficult for the DuPont clerical staff to establish efficient internal procedures. Our bill paying practices were inconsistent and jeopardizing relationships (John E. Dull & David J. Gould, DuPont's Legal Experiment, IP WORLDWIDE, Nov.25, 2002)


DuPont became the trendsetter for “Convergence” with other businesses and companies following suit. In 2001, DuPont successfully deployed the same model in its international law firm relations and in less than a year, its “Convergence” program reduced the number of firms handling its international work from 300 to 48. Only 28 law firms were given 95% work of DuPont. By the first decade of the 21st century most large businesses were giving 80% of their work to only twenty-five or fewer law firms, with a majority of businesses limited to ten or less than ten external service providers.

However, “Convergence” did not only assure cost-reduction and greater transparency, it also provided better and more uniform quality of the services received. In legal matters, the quality of service was of paramount importance. Convergence and reduction in the number of law firms also provided general counsel with greater ability to pinpoint law firms, which can be safely handed the kind of work, where the quality of work was primary, and costs were largely insignificant against the stakes involved. So, “Convergence” also helped general counsel to present high-paying premium work to reliable law firms as a reward and incentive.

On the other side of the spectrum, “Convergence” allowed a healthy recovery of work patterns in private law firms focused on better service, transparency, quality, teamwork, and timeliness. Law firms that were able to live up to their promises experienced exponential global growth including law firms like Eversheds, DLA Piper

In fact, as Wilkins pointed out, “Convergence” is being practiced more mercilessly in Europe than in the United States, and as in case of Tyco International – the company recently converged from 250 law firms servicing it in the U.K., Europe and Middle-East markets to 1, Eversheds. Practicing “Convergence” has helped promote quality in service provided by law firms and also helped quality-focused law firms to rapidly outdo others.

About LawCrossing
LawCrossing has received tens of thousands of attorneys jobs and has been the leading legal job board in the United States for almost two decades. LawCrossing helps attorneys dramatically improve their careers by locating every legal job opening in the market. Unlike other job sites, LawCrossing consolidates every job in the legal market and posts jobs regardless of whether or not an employer is paying. LawCrossing takes your legal career seriously and understands the legal profession. For more information, please visit www.LawCrossing.com.

Working It Across the Globe: Legal Staff Opportunities in the Field of International Business Law
Linklaters

I had so many jobs to choose from and numerous interviews. I would recommend it to anyone.
Britta J.