Jenner & BlockAnthony Amaral, Jr., General Patent CorporationCareer Services Office at the UDM School of Law
< Back To All Articles

Share
Tweet
Linkedin
253 Views
( 34 votes, average: 5 out of 5)
What do you think about this article? Rate it using the stars above and let us know what you think in the comments below. 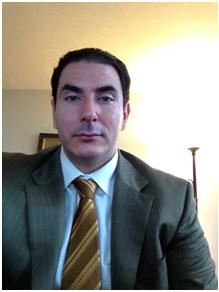 Working as a solo practitioner has both pros and cons, just like any other attorney. Some of the pros include complete freedom over what cases they work on and making their own destiny. Some of the cons include a lower average salary compared to private practice attorneys and less support staff to help you in than you would have in private practice.


1. Why did you decide to become a solo practitioner?

Because it seemed like a uniquely challenging yet ultimately rewarding feat at the time and I happen to like challenges.

2. What is the best part of being a solo practitioner?

Being able to work from home in your sweatpants whenever feasible!

3. What is the worst part of being a solo practitioner?

Guess how many people staff your billing, marketing, IT department... Just guess! [Yes, it's just you flying solo (pun intended.)]

4. What advice would you give to others looking to become a solo practitioner?

Remain patient, committed and optimistic. Save up before starting your own practice. Keep your overhead low. If you don't have a sense of humor about life in general, well, get one!

5. What is a typical day like for you as a solo practitioner?

6. Is there anything else that is important to know about you and your practice, or that you would like to add?

My main area of focus is still Intellectual Property, which I continue to find intriguing. But like most solos, I've had to branch out to other areas of law, adding to the overall challenge and excitement at the same time. But I always try to know my limitations and avoid becoming a general practitioner.

I'd like to take this opportunity to publicly thank former Dean John Feerick and Profs. Hugh Hansen and Whitmore Gray of Fordham Law School for their unwavering support and encouragement.

Dimitrios is a dynamic litigator with international exposure and particular experience in, as well as exceptional passion for Intellectual Property law, especially copyright and trademarks. Dimitrios is also experienced in Business Law, Immigration Law, and General Civil Litigation, which experience he gained while working for prestigious law firms in New York and Europe. Dimitrios is also a multilingual communicator with a fluent knowledge of Greek and a working knowledge of French.

In his spare time Dimitrios trains in powerlifting and to a lesser extent Olympic weightlifting. In 2013 he placed 4th in the USAPL New Jersey State Powerlifting Championships.

LawCrossing is a process oriented website. It is full of strong systems to provide the best to its customer.
Anthony

LawCrossing Fact #53: Users stand out when they subscribe to LawCrossing because LawCrossing is an exclusive job board; subscribers have a huge edge when it comes to finding a job.