Share
Tweet
Linkedin
2569 Views
What do you think about this article? Rate it using the stars above and let us know what you think in the comments below.
Summary: The annual U.S. News & World Report is in, as of March 10, and law schools deans can cease biting their nails and start packing their bags. Well, some of them. 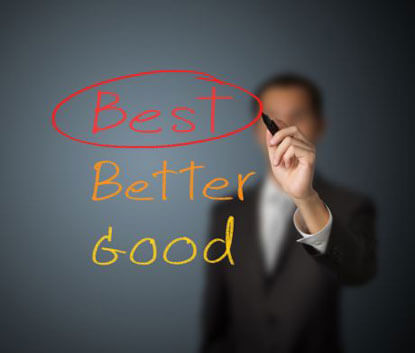 The annual U.S. News & World Report is in, as of March 10, and law schools deans can cease biting their nails and start packing their bags. Well, some of them. Others can pop some Champagne. But nobody on the Top 10 need get too consternated: it mostly stayed the same, with Yale on top, followed by Harvard Law School in the No. 2 spot. Stanford Law, however, moved up from No. 3 to the No. 2 spot, sharing a spot with Harvard.

Check out this exclusive article where a top legal recruiter ranks and analyzes the top 10 law schools.

"I'm not surprised," said Howard University School of Law Dean Danielle Holley-Walker. "It shows that our law school is very focused on our mission of creating leaders both in corporate law and in social justice. Even in difficult economic times, we continue to do well in placing our students in jobs."

As do all the rest, necessarily, so what was the actual difference with Howard? That is open to speculation, and a lot of this re-ranking seems arbitrary. One of the metrics, after all, which amounts to determining 40 percent of the ranking, is how professionals rank the prestige of each school. A hoity-toity popularity contest, in other words. LSAT and grade-point account for another 25 percent, job placement - which some say should be given considerably more weight - accounts for 20 percent, and faculty resources accounts for 15 percent.

U.S. News stuck to their basic algorithm for determining rank, with one notable exception: they grant less weight to those graduates who found employment at their own law school. Some schools could arguably game the system and artificially increase their rank in the past by hiring their own graduates. So now, while those jobs still hold some heft, more weight is given for those graduates who hold full time jobs at law firms.

While it appears this change has not mattered much for most universities, one seemed to be greatly affected. Lewis and Clark Law School, which hires a lot of its students, has fallen 20 points to No. 94.

Below is a chart featuring the top 20 law schools according to U.S. News in 2016:

I am very much enjoying and benefitting from the use of LawCrossing and Harrison\'s daily blogs on the site.
Rudy