( 387 votes, average: 4.5 out of 5)
What do you think about this article? Rate it using the stars above and let us know what you think in the comments below. 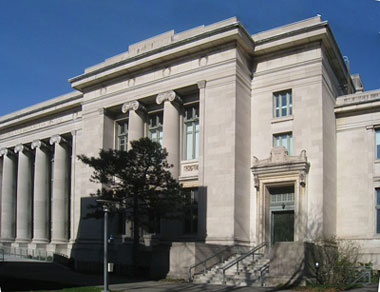 The oldest law school in U.S.A., the Harvard Law School is a brand recognized across the world, in business houses, and among the academia and general public. The land of the school was granted by the will of Isaac Royal in 1781; in 1817, the formal first-year law curriculum of the school was developed. The law course at that time included classes in property, torts, contracts, civil procedure and ancillary subjects. A course that became ossified as a standard, is recently becoming more accommodative and undergoing changes with inclusions like international law, comparative legislation, and case-study classes focused on problem-solving.

Harvard's focus is entirely intellectual and geared to produce think tanks and thought-leaders. As the Dean's welcome page mentions succinctly, "Harvard Law School is a place for people who love ideas because ideas make a difference in the world; who want to think about the law's interaction with public policy, business information and biomedical technologies, and human needs and perceptions; who are fascinated by the power of institutions and rules while mindful of the unintended consequences of policy reforms; and who pursue the legal profession's service to society." The intention is clear - Harvard chooses candidates to prepare national leaders and those ready to think out-of-the-box. Very naturally, people who are looking for 'another court clerk' are sometimes disappointed by Harvard graduates.

Harvard Law School ranked third in the U.S. News law school rankings this year. Usually it is at the second spot after Yale, but this year Stanford overtook it in the law school rankings. Harvard Law School graduates have earned an industry reputation of being competitive, intelligent, performance-oriented, but weak in competencies required for primary legal research. This happens because of the school's greater stress on high-level research which is more academia and jurisprudence oriented than being court-functions oriented. The more famous research programs of the school include those on European law, East Asian law, and international financial systems etcetera.

The Harvard Law School curricula presently have more than 260 courses and seminars addressing a broad range of legal fields. Harvard Law School admits a total of 1,900 students each year including 1,680 J.D. students, 160 LL.M. students and 50 S.J.D. students. There are more than 100 full-time professors on the faculty excluding more than 150 visiting professors, instructors and lecturers. Recent focus in curricula following a revamping in 2006 and another in 2009 has stressed on emerging sectors like cyberspace, racial justice, environmental policies, human rights, Islamic law, and bioethics etcetera in addition to traditional civil and criminal fields like property or torts.

Understandably, the best strive for Harvard and Harvard chooses the best. Seventy-fifth percentile of students have a median LSAT score of 175 and 75th percentile GPAs at 3.95. The admission fees are $85, and the process requires taking the LSAT before the February 1 application deadline. Each applicant must also register for LSAC's Credential Assembly Service and send all their graduate and undergraduate transcripts to LSAC. Previous registrations at LSAC do not count, an applicant for the current academic year needs a current registration at the LSAC which, in its report, includes LSAT scores, LSAT writing samples, copies of academic transcripts and other relevant information including an undergraduate academic summary.

A personal statement is required to be submitted by the candidate to present his or her self, background, ideas and qualifications. Personal statements are limited to two pages with 11 point font, and double spacing.

A minimum of two recommendation letters from relevant people who have had chances to evaluate the candidate is required. Academic recommenders are best, but even employers or people who have worked truly closely with you and can vouch for are the best recommenders.

The Harvard Law School website has links to sample resumes and resumes in prescribed format are preferred.

Besides the above, there is a preliminary phone interview, usually about 10 minutes in length, with the dean of admissions. No special preparation is required, but candidates must be ready to answer truthfully upon any question that may arise from their submitted resume and other documents. The interview is meant to learn a bit more about the person than can be gleaned from dry documents.

Like Yale, Harvard Law School courses include seminars, clinical and written work, and with the exception of a few courses that are offered only credit/fail, all other courses are graded Honors, Pass, Low Pass, or Fail. Seven or more J.D. students and LL.M students following the drop/add period, with outstanding performance in classes, may receive Dean's Scholar Prizes.

Latin honors at graduation are based on the average of the three annual grade point averages (GPA). GPA is calculated for each year of study and then averaged across the three years to determine Latin honors.

Areas of legal practice where Harvard law graduates are employed

Students of Harvard Law School are offered externship opportunities through clinical programs and various law centers at the school. These include government and nonprofit organizations, or for profit organizations like law firms.

There are a big number of organizations who provide externship opportunities to students of Harvard Law School ranging from private attorneys and small firms to big government agencies like the National Environmental Law Center or the Equal Employment Opportunity Commission. Externships also include judicial placements and by last count there were at least 17 areas according to organization, department, or practice that offered externships the HLS students.

Harvard is famous for its clinical programs, and the clinical programs also include both internships and externships of various kinds. During clinics, students directly represent clients in real life cases under the supervision of clinical faculty, instructors or attorneys. Students attending clinical programs are usually well-paid with supplementary financial support from the institution. In Harvard Law School, students in 2L and 3L also have the choice of designing a clinical placement that is not covered by existing clinics. At present there are clinical programs in more than 30 areas of law.

Harvard Law School students have more than 90 student organizations and research and edit 17 internationally- renowned law journals. The Harvard Law Review is without doubt the flagship journal and run by students of the JD program. It was first published in 1887.

Harvard Law School, like other Ivy-league law schools, has produced a number of individuals who are today in top positions in the government, business and legal fields. The school's alumni are also well presented in the media and entertainment fields. Some of the currently notable alumni are:

Harvard Law School's International Human Rights Clinic (IHRC) has filed an amicus curiae with the U.S. Supreme Court in the Kiobel v. Royal Dutch Petroleum Co. case. The brief has been filed on behalf of the petitioners. The petitioners, most notably Esther Kiobel, have been claiming that the oil giant collaborated with the Nigerian government in the human rights violations and extrajudicial murders of their family members in the 1990s.