( 284 votes, average: 4.5 out of 5)
What do you think about this article? Rate it using the stars above and let us know what you think in the comments below. 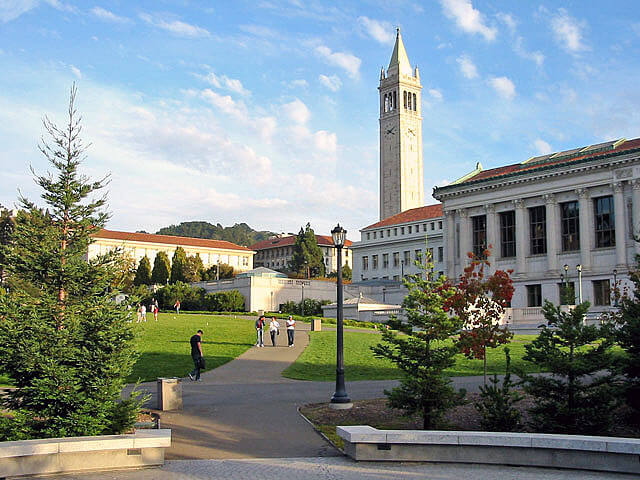 The law school has an acceptance rate that is lower than every other U.S. law school except Yale and Stanford. But Berkeley Law emphasizes more on GPAs and personal statements than on LSAT scores, and the school does not have a letter-grading system but has a pass/fail system designed to reduce the rat race.

In the U.S. News Law School Rankings published in 2012, Berkeley Law was placed seventh in its list of best law schools in the country. This also makes it the highest ranked public law school.

The intellectual property law department has been considered No. 1 in the nation for the past 11 years by the U.S. News & World Report. The school is also well-known for its social justice, environmental law and international law programs.

Prospects of placement and employment are as expected from one of the best schools of law in the U.S. Berkeley law graduates have a success rate of more than 88% at the bar and more than 98% are employed nine months after graduation. The ABA report on the employment prospects of the graduating class of 2011 shows that 80 percent of them were employed in jobs requiring bar passage within nine months of graduation.

Like other top-tier law schools, Berkeley expects candidates to apply early though there is no early-decision program. Applications are usually opened from late October and offers start being sent then.

Berkeley Law's in-state resident tuition fees are lower than that in most universities though the law school is among the top ten in the world.

Berkeley law students are not ranked by their academic records. The law school does not calculate grade point averages (GPAs). Students can receive one of five grades in courses:

In first-year classes, the curve for honors grades is strict-the top 40% of the class receives honors grades, with 10% of the class receiving High Honors and the next 30% receiving Honors. There is no required curve for the grades of Pass and below, and faculty members are not required to give any Substandard Pass or No Credit grades. In second- and third-year classes, up to 45% of the class can receive honors grades, of which up to 15% of students can receive High Honors. In small seminar classes, the curve still exists, but it is further relaxed. Very few courses are graded on a Credit (CR)/No Pass (NP) basis.

Berkeley students are not ranked by their academic records. Moreover, the grade ranges described above often do not make fine distinctions. A student who received a Pass grade, for example, may have done very strong or only minimally passing work. Students are graded on a curve, which strictly limits recognition for excellence. The grading system has remained constant for more than 25 years; and there has been no grade inflation.

Each year the Order of the Coif extends invitations to the top 10% of graduating JD students by grade point average. GPA is determined by multiplying the point value of each grade received in a course (HH = 5 points, H = 3, P = 2) by the units given for that course and dividing the sum of the products by each student's total number of graded units.

Areas of legal practice where Berkeley law graduates are employed

Judicial Externship Program: Students work as externs for local, federal, or state judges. The externships may be full-time or part-time.

Away Field Placement Program: Students get field placements outside of the San Francisco Bay Area.

UCDC Law Program: Started in Spring 2009, law students are eligible to participate in a semester externship program in Washington, DC in which students receive up to 10 units for their field placements.

The law school offers a program called the Domestic Violence Law Practicum, which provides students opportunities to work in domestic violence legal agencies or with their instructors on state legislation. Students work on real cases, either in faculty-supervised field placements or under the direct supervision of a faculty member.

The law school's summer internship program provides an excellent opportunity to gain meaningful hands-on experience working on cutting edge issues and to work with leading scholars and advocates in the field. The spring semester internships are handled by the Warren Institute.

The clinical programs provide many opportunities for students to work on real cases as part of their legal education. During second and third years, students can participate in a variety of clinical projects that provide legal services directly to individual clients or that involve close interaction with lawyers on large-scale cases or other legal matters. Clinical opportunities include:

The James Patterson McBaine Honors Competition is Berkeley's moot court competition and is open to all second- and third-year law students. Cases chosen for the competition involve cutting-edge issues of great public importance. The competition format is modeled after US Supreme Court practice. All competitors must prepare both an appellate brief and an oral argument.

Berkeley Law School has produced many graduates who have gone on to hold top positions in business, government and judiciary as well as in the media. Earl Warren and Dean Rusk got their law degrees from Berkeley. Some of the notable alumni are:

A 121-page report which cost $300,000 to produce has concluded that the university police can use batons and pepper spray . But the report also says that these weapons should be used as the last resort. The report has around 50 recommendations for handling various forms of student protests. It also says that administrators should respect civil disobedience and avoid “blind adherence” to rules and regulations.

Former DOJ attorney John Woo's continued employment as law faculty in the UC Berkeley School of Law is being protested by a San Francisco anti-war group at the law school's commencement ceremony at the Hearst Greek Theatre.

LawCrossing has received tens of thousands of attorneys jobs and has been the leading legal job board in the United States for almost two decades. LawCrossing helps attorneys dramatically improve their careers by locating every legal job opening in the market. Unlike other job sites, LawCrossing consolidates every job in the legal market and posts jobs regardless of whether or not an employer is paying. LawCrossing takes your legal career seriously and understands the legal profession. For more information, please visit www.LawCrossing.com.
( 284 votes, average: 4.5 out of 5)
What do you think about this article? Rate it using the stars above and let us know what you think in the comments below.