Honoring and Celebrating Paralegals Untiring Behind the Scene Work

Charisse Dengler
( 341 votes, average: 4 out of 5)
What do you think about this article? Rate it using the stars above and let us know what you think in the comments below.
For this reason, many states are creating paralegal days on which to honor paralegals and highlight the valuable work they do for the legal field every day. Often working behind the scenes, paralegals deserve to be recognized for their abilities; and having a specific day dedicated to paralegals is a great way to make both attorneys and the public appreciate them. 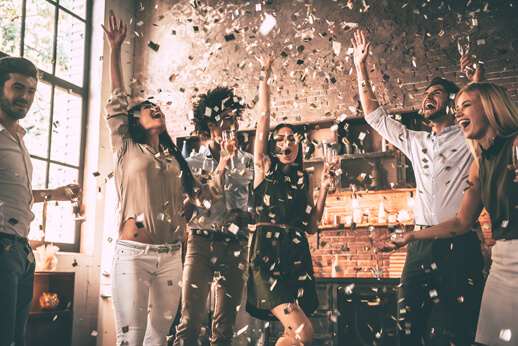 Although paralegal days differ from state to state, the theme of appreciation that inspires them is the same. Michigan Governor Jennifer M. Granholm declared May 3, 2006, Legal Assistant/Paralegal Day in the state of Michigan. One of Granholm's reasons for creating the special holiday was the contributions paralegals have made to the legal profession over the years by taking on a large amount of legal work previously done only by attorneys. This, in turn, has helped the legal profession both in Michigan and across the nation.

Connecticut, which created its paralegal day in 1994, celebrates paralegals each year on the first Friday of June. On this day, the Connecticut Alliance of Paralegal Associations hosts seminars, a luncheon, and guest speakers. Connecticut Attorney General Richard Blumenthal and former Connecticut Chief State's Attorney John Bailey have addressed the association in the past.

In October 2005, South Carolina Governor Mark Sanford recognized October 28 as paralegal day in that state. The proclamation issued by the governor stated that paralegals should be honored for making the legal system more cost-efficient and accessible to the public, while conforming to a strict code of ethics.

"The American Bar Association and a number of court decisions have endorsed the use of paralegals for years, and now Gov. Sanford has validated the many contributions paralegals in South Carolina make to the legal profession," Yvonne Harper, Director of Spartanburg Methodist College's paralegal program, said in a statement on the college's website. "I echo his words and encourage all legal offices, departments, government agencies, and fellow South Carolinians to honor the paralegals they know and work with…."

In Utah, the third Thursday in May is paralegal day. The Utah Bar Association celebrates the day by hosting an event with special speakers.

"The utilization of paralegals in rendering legal services has been recognized and promulgated by the American Bar Association and other professional societies," a statement on the Utah Bar Association's website said. "Attorneys who use paralegals have achieved unparalleled success in providing clients with high-quality service. Utilizing qualified paralegals helps attorneys deliver better service and more value, while increasing law firm profits. As a result, paralegals have gained widespread acceptance and have become essential contributors in the delivery of legal services."

Texas, which celebrates paralegal day on October 23, originally declared the holiday in 1993 and labeled it Texas Legal Assistants Day. However, soon thereafter, the Legal Assistants Division of the State Bar of Texas changed its name to the Paralegal Division; and in April 2005, the Texas House of Representatives changed the name of the holiday to Texas Paralegal Day to reflect the division's name change.

As paralegals are an integral part of the legal field, paralegal days will continue to become even more commonplace.

Karen Woodward, a paralegal in Denver, CO, and a member of the Colorado Association of Professional Paralegals and Legal Assistants (CAPPLA), helped found CAPPLA when she moved to Denver. Woodward said the biggest problem she faced when moving to the state of Colorado was the misconception that legal assistants and paralegals weren't one and the same. Since then, she has worked at educating the public on the fact that legal assistants are not merely secretaries but trained professionals.

One way that Woodward called attention to this was by helping to bring about the dedication of Colorado's paralegal day, May 4, through CAPPLA. She thinks the holiday is important because it brings recognition to the paralegal profession.

"It makes the law firms aware of what we do for them, and it also makes the general public aware," she said.

Read More About Becoming a Paralegal


Please see the following articles for more information about paralegals and paralegal jobs:

The unorthodox path of "reading the law", become "law readers" and enter the field of Law

The unorthodox path of "reading the law", become "law readers" and enter the field of Law