The Irritating Elements of the Hiring Process for Law Firms

( 6 votes, average: 4 out of 5)
What do you think about this article? Rate it using the stars above and let us know what you think in the comments below.
There is no doubt that finding a job can be stressful for job seekers. You finally find a job opening you are interested in, and you are expected to jump through hoops before you even to the interviewing process. In fact, some job seekers will not even get a message back for an interview. 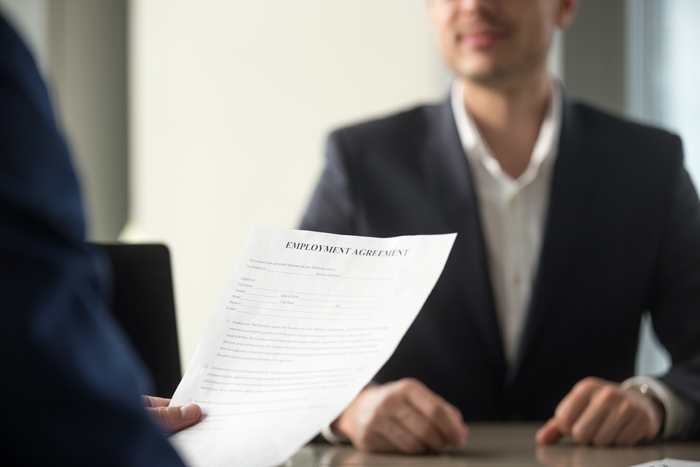 You have to do many things as a candidate looking for a new job that has just become standard. From sending a thank-you email to asking questions during interviews, you are taught to do these things if you really want to look like you are ready and interested in the position.

But these stages are actually very annoying for many firms during the hiring process. Let’s look at some of these stages and how it would be better for everybody if forgotten.


Thank-You Emails: Are They Required?


After attending job interviews, candidates are told that they should send a thank-you email to the firm. This should be addressed to the firm's hiring partners that interviewed them. The purpose is to show your gratitude and show that you are still interested in the job. The idea is to be grateful and be memorable to the interviewers.

Well, that is what candidates are led to believe.


The Truth About Thank-You Emails


But most firms find sending thank-you emails very annoying and a part of the unnecessary hiring process. They do not actually reveal a lot about someone and the skills they can bring to a role. Instead, it is just a task that must be done, and many firms know it. In fact, there are doubts that hiring partners actually read the thank-you emails they receive from job candidates.

The unfortunate thing is that job candidates are often stressed about their thank-you emails.

They spend a lot of time writing them, practicing what they want to say, and editing them several times before sending them to the hiring partner. They do not want to make any mistakes and want to come across as the best candidates.

If candidates were involved with a recruiter, they might even have to send a copy of their thank-you email to them before they can send it to the interviewer.

Ultimately, not a lot is gained with a thank-you email. On the other hand, It has simply become one of the standard practices that nobody really enjoys. What would be best is to tell candidates not to send thank-you emails to the firm during an interview process. This way, you know that it is not something firms expect or something that will determine if they will get the job over other interview candidates. This will mean that they are not stressed about sending the perfect thank-you email, and law firms do not have to read them while making hiring decisions.

Instead, there can be more focus on what has happened during the interview and if that person is suitable for the job at the law firm.


It does not matter what type of job you are applying for or what industry; you will be familiar with a cover letter. Again, this is standard practice, but it is another irritating element for law firms during the interviews. This is not to say that cover letters are useless. In fact, sometimes, they are going to be helpful for the law firm, as well as the job candidate.

For example, there can be times when it will be beneficial for a job candidate to expand more and include more information before applying for new jobs. This could be why they are interested in applying for the position since they do not have any legal background. But for those candidates, such as legal professionals who worked in the legal industry before, cover letters do not add a lot of value.


Cover Letters: Are They Actually Required?


In recent years, some job applications will indicate that a cover letter is replaced by an email. This can make the process simple for some candidates, and it is a lot less time-consuming than writing out a cover letter in a separate document. But there are still some law firms that insist on creating a separate cover letter and consider it an important component.

In fact, some jobs explicitly state that a candidate will not be considered unless they include one with their application. Suddenly candidates must write a cover letter and an email. Often, they are going to contain the same information.

There can be good reasons for the necessity of a cover letter. For example, it can stop people from sending the same applies to many jobs at once. However, we now think that cover letters should not be a part of a mandatory job application.

In most cases, it will not create any new information from what is in the job application. All it becomes is information that an interviewer skims over and ignores. In the meantime, the candidate has spent a lot of time preparing the cover letter and worrying about it being good enough to send with their job application.


Asking Questions at an Interview

A lot of professionals spend time preparing for job interviews. It is expected that you will walk into the room and are familiar with the hiring process. In fact, people actually spend time with a hiring professional to practice their interview skills and ask for tips on how to impress an employer.

In particular, you are consistently told that you should ask intelligent questions in job interviews. There are even some instances when an employer will seem surprised if you do not have any. After all, it is standard at the end of a job interview to ask if you have any questions about the job description or working for the law firm.


Interview Questions: Are They Always Necessary?


But the one problem with questions at a job interview is that they are not always necessary.

For example, suppose a legal professional is applying for a position similar to the current job at other firms.

In that case, that person may not have any concerns to address or questions to ask about the job. But, since there is this expectation to ask questions, they feel obligated to say something. It takes away the value of asking questions when it becomes obligatory.

What’s more, it can cause a lot of stress to the person interviewing for jobs. The focus should be on answering the interviewer’s questions and practicing those skills. Not on trying to choose a unique question where you are not really interested in the answer.


There is no doubt that there are some irritating parts of the hiring process. Not only for the law firm involved but also for the candidates. Sending thank-you emails has become standard. While it can show gratitude, it is often an annoyance for the law firm to receive. It does not provide any relevant information and can often be ignored.

So, candidates end up wasting their time and stressing something that is dismissed very quickly by the interviewer who receives it. It can also create false hope that it will increase their chances of being successful candidates. In reality, it has no impact on interviewers when they are hiring a new lawyer for a law firm.


Then we have the requirement of writing a separate cover letter. Again, this has become something that is standard practice when applying for a job. While cover letters can be helpful for law firms when they provide more information, they often regurgitate the details in a job application. Therefore, candidates spend a lot of time writing the cover letter for jobs and believe it will increase their chances of success when it does not have much importance in the hiring process at law firms.


Another irritating element is requiring candidates to ask questions, particularly at the end of an interview. While its purpose is to show you have done your research about the law firm, candidates are not really interested in the answer half the time.

This is particularly true if they have had a similar position before. It has just become a standard practice that is expected, which removes the value of asking questions. It is about time law firms starting re-evaluating their hiring process.

Your Attorney Resume: Use a Statement of Qualifications and a Cover Letter Instead of an Objective

Your Attorney Resume: Use a Statement of Qualifications and a Cover Letter Instead of an Objective