What do you think about this article? Rate it using the stars above and let us know what you think in the comments below.
Summary: Learn more about what the typical pay is for in-house attorney positions in this article. 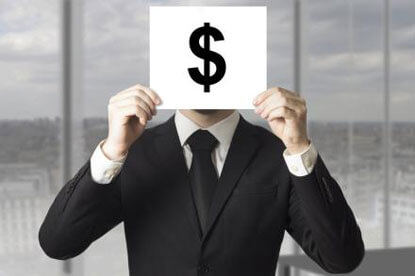 What do in-house attorney positions pay?

If you work in a law firm, you have probably wondered what it would be like to “go in-house” and take a position as an in-house counsel. There are many factors to consider in taking a position in-house, including how it may affect your lifestyle and future career mobility. But what about compensation? How much money can you expect to make as an in-house counsel?

The answer depends on a number of variables, including the type of in-house position you are applying for, the industry and city you will be working in, and the size of the company you are joining. In-house counsel also sometimes receive stock options as part of their compensation packages, which can balance out a lower take home salary.

Below is a chart of the compensation of the top 10 highest-paid general counsels:

As indicated by the way Braverman at Walt Disney tops the GC salary chart, the entertainment industry as a whole has the highest paid general counsel. According to one report, the highest earning general counsels in the entertainment industry earned an average of $4,074,286 per year for the period from 2013 to 2016. The highest earning GC’s in diversified financials, commercial banking, and pipelines earned on average the following during that same period: $3,675,151, $3,230,854, and $3,106,545.

Other General Counsel and In-House Salaries

Needless to say, most attorneys do not earn salaries in the millions of dollars, whether they work in law firms or for companies, and whether they are GC’s or regular corporate counsel. But the good news is that most in-house attorneys still make very decent livings. An attorney transitioning to an in-house position in a major city can expect to earn a salary of over $100,000.

Major Cities on Both Coasts Have Higher Paying In-House Salaries

Another source of data for general counsel salaries is PayScale, a website that tabulates salaries among various positions and industries based on voluntary surveys. According to PayScale, the median general counsel salary in the United States as of October 2016 was $158,081 (1,239 people reporting). The range started at $86,028 ($88,062 including bonuses but not equity) and topped off at $250,263 ($305,614 including bonuses but not equity).

Not surprisingly, in-house lawyers working for larger companies can expect to earn more money than their counterparts in smaller companies, according to the 2017 Robert Half Salary Guide for the Legal Field. That survey projects that lawyers with ten or more years experience working for large companies will earn between $190,250 and $269,500 in 2017. For medium companies, the range will be between $159,750 and $238,250, and for small companies, between $137,500 and $192,750.

If going in-house is right for you, you can expect to earn a decent living, especially if you will be assuming the role of general counsel, working in an industry like entertainment or financials, and in a major city like San Francisco, New York or Washington, D.C.