Share
Tweet
Linkedin
8124 Views
What do you think about this article? Rate it using the stars above and let us know what you think in the comments below.
As law school debt mounts, it's natural for students to begin thinking about which legal practice area can provide the quickest way to pay off financial obligations. But most experts say that it doesn't seem to matter - at least until later in your career. 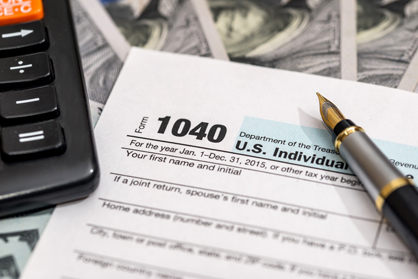 There is little data comparing compensation in the various legal practice areas. Even the National Association for Law Placement (NALP), which publishes an annual survey of legal salaries, does not break those figures out according to practice specialty areas.

Most legal career professionals, however, say that in private firms, first-year associates generally receive the same starting salary regardless of the practice area to which they are assigned. A few years into their career, there may be variations by specialty, but those are typically determined more by overall economic factors and their impact on the areas of legal expertise most in demand at the time.

The good economic news for J.D.s is that despite a nervous economy and some law firm layoffs - particularly in the big technology markets - private-firm starting salaries for 2001 grads remained stable for the second year in a row. In firms of 500 or more attorneys, the median was $118,000, while smaller firms (two to 25 attorneys) showed a mean of $53,000 to start, according to NALP's 2002 Associate Salary Report. The mean for starting salaries in all legal jobs nationwide was $55,000, compared to $51,000 for 2000 graduates.

Law school career services professionals and legal industry recruiters agree that for first-year associates in private practice, legal specialization has little or no bearing on starting salaries. Although a compensation pecking order may develop among more senior associates, the culture in most law firms dictates that everyone starts even in terms of salary.

"Starting salaries are pretty much the same across the board regardless of specialization," said Gihan Fernando, assistant dean for career services at Georgetown University Law Center in Washington, D.C. "Down the road, there is probably some variation, but firms pretty much pay new associates the same regardless of their specialty area."

While most observers agree that law firm first years are typically created (or paid) equally, regardless of specialization, there can be exceptions.

"Intellectual property has certainly had a premium to it for a number of years," said John Jameson, a principal in the Beverly Hills, Calif.-based Jameson Ziskind LLC legal recruiting firm. On the flip side, "Being a corporate lawyer is not a good marketplace right now," he said. "The salary wars we saw for a couple of years were based more on the transactional side rather than litigation, but litigation has stayed active while the corporate side has turned around."

The NALP survey agreed with Jameson's assessment of intellectual property salary potential. NALP found that IP attorneys earn around $25,000 more on average at the junior level.

Nancy Zehner, head of The Artemis Group Ltd., a New York City-based recruiting firm, said J.D.s with prior experience and professional qualifications in a particular legal specialty area may receive extra compensation for their background at offer time.

"If somebody came in having been a bankruptcy trustee in a prior life, for instance, they might be given a sign-on bonus [to work in a firm's bankruptcy division]," Zehner said. "And, that sign-on may be up to $30,000, depending upon the individual's qualifications and what the market is doing at the time."

Eden Kusmiersky, director of career services at the University of Southern California School of Law in Los Angeles, agreed that specialization typically has no impact on a first year's starting salary.

"Now, if a student has an LL.M. in tax, for instance, that's a different candidate, and firms will probably compensate that candidate at a little higher rate to start," she said. Winston said his experience indicates there is one specialty area that tends to be significantly lower paid in terms of both starting salary and future earnings.

"Insurance defense firms tend to pay less than corporate mergers and acquisitions and most everything else, because of the nature of their clients," Winston said. "But for big major firms with no insurance defense practice, the salaries are about the same, although some IP firms pay more."

While starting salaries tend to be equal for all practice areas, many firms use signing bonuses to lure top candidates, regardless of specialization. Particularly in large firms, that policy continues as associates rise through the ranks of seniority as a way to reward performance and productivity in addition to the typically lockstep salary increases.

"A lot of firms use bonuses rather than starting salary," said Robert Smith, assistant dean for career services at Duke University Law School in Durham, N.C. "That can be wide swings - many thousands of dollars. That continues through the years - it's one way firms let the stars know who they are."

The Artemis Group's Zehner said while salaries remain equal throughout the practice areas, there is considerable fluctuation in terms of bonuses.

It is also fairly common for firms to offer signing bonuses to J.D.s who have completed a judicial clerkship.

Although intellectual property is projected to maintain its strength of the past decade, despite declines in transactional work, most observers say the hot - and more lucrative - practice areas will vary with the economy.

"It's totally based on the time flow of the economy," Jameson said. "In a recession, bankruptcy is in demand. A few years ago, the corporate side had a premium to it, but now it has turned around."

Said Zehner, "It's really dependent on what the market is doing. There are certain cyclical areas such as bankruptcy - if there's a stronger need, maybe the firm will compete and negotiate more [in terms of salary]. Maybe when bankruptcy levels off, corporate and real estate, for instance, will be up."

The University of Chicago's Downs noted that some specializations may not offer skyrocketing salaries and bonuses, but may offer something just as valuable - security. "Some areas offer better job security, like tax, ERISA - because they're so hard to learn - and bankruptcy," Downs said.

For in-house attorneys, some industries offer considerably more in terms of compensation, according to Zehner.

"When it comes to the highest paying areas in-house, there's a pretty clear pecking order," she said. "The financial services industry pays best - much better than retail or entertainment companies. Patent lawyers, especially with an electrical engineering major, are very strongly in demand - the best experience these days is electrical engineering or somebody with a pharmaceutical or chemical engineering background."

While the economy will continue to dictate starting salaries and long-term compensation in many cases, most recruiters and advisors say students should pursue the specialty area that appeals to them, and the rewards will take care of themselves.

"The best advice literally would be to try and find the area that turns them on the most, most recruiter Jameson said. They will love it, will do well at it and will command the highest salaries as a result."

Zehner suggested that law students can begin enhancing their marketability and compensation potential while they are in law school, over and above their academic performance.

"One of the most important things students can do - in any market, but particularly in a down cycle - is start developing business," Zehner said. "That can be friends, people they meet, anyone. Increasingly, lawyers are being called upon to be entrepreneurs. If they can demonstrate that, they are much more in demand."

And, as USC's Kusmiersky pointed out, students who have carefully studied the market and targeted a particular specialty area may be in for a surprise.

"Even students who do get offers in a particular area sometimes don't end up working there once they actually join the firm," she said.

This story appeared in the October 2002 edition of The National Jurist, www.nationaljurist.com.

Although Attorney Jobs Increase, the Numbers Are Not What They Appear to Be

Freshfields Bruckhaus Deringer US LLP
The Career Service Office Staff at the University of North Carolina School of Law
The Artemis Group, Ltd.

I absolutely love the articles on LawCrossing. They are worth the subscription alone!
Angela

LawCrossing Fact #205: Our map search option allows users to examine all of the jobs currently available in a particular state.