What do you think about this article? Rate it using the stars above and let us know what you think in the comments below.
Few television shows or Hollywood flicks glamorize the work of the in-house attorney. Corporate legal departments have long been a haven for law-firm refugees-established lawyers who are willing to take a pay cut in return for more reasonable hours. And the work doesn't make for gripping courtroom drama: In-house counsel are often viewed as administrators who facilitate the outsourcing of most of the company's legal work but do little of it themselves. 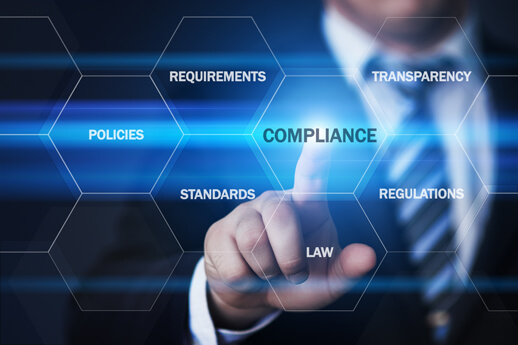 But if you think corporate counseldom is a cushy but dull job for the suburban set, you haven't looked inside a company lately. With the advancement of technology, many companies are relying more heavily on in-house counsel to take on a broader, strategic role, which in many cases means more substantial work, greater responsibilities, and longer hours. These days, attorneys' reasons for taking the corporate path are changing, as new challenges and opportunities arise.

Bye-Bye, Burnout
Why take an in-house counsel gig? "Today, the most important attractor is the depth of practice," says Joseph Pattison, associate general counsel for FMC Corporation, a global chemical business based in Philadelphia. "You get closure on issues. You are there from the beginning. You get to see the results of your work."

The ability to offer practice variety gives corporations a hiring advantage over law firms. Because there is a trend in law firms toward specialization, there are consequently fewer and fewer general commercial practitioners. In corporations, says Pattison, the lawyer has more opportunity to experience a much broader range of issues. Such diverse work tends to alleviate boredom and prevent burnout.

Pattison, a former partner in a Washington, D.C., law firm, has been with FMC for 16 years and is the senior lawyer for the company's 25-lawyer corporate legal department. He says that his Washington practice was much narrower than the one he enjoys now as in-house counsel.

The policy of FMC, Pattison says, is to maximize the amount of work it does in-house. Although this might entail increased workloads for in-house attorneys, he says there are career-enhancing payoffs. "You are learning all the time. There is more opportunity for global engagement. The international aspects sharply underscore that point; there are very few opportunities for the average law firm lawyer to get so broadly engaged internationally as the average corporate lawyer. We have people who are dealing with litigations and acquisitions overseas. They are getting great experience," says Pattison.

For lawyers interested in a general commercial practice, Pattison says the opportunity to become a renaissance attorney is alive and well in in-house practice today: "Broadly speaking, the opportunity for professional expansion and growth is a lot greater [in-house.]"

One Client, Not Twenty
Working for one company also means you don't have to juggle multiple client demands. Washington, D.C.-based Bill Guidera, federal government affairs manager for Microsoft, says that he has never held a better job.

"I get to work for one client," he says. "I don't have to think about the next one." As a member of the law and corporate affairs department of Microsoft, Guidera is a few levels below the general counsel. His group, federal government affairs, consists of four policy people, five lobbyists, a tax consultant, and a public relations professional. Guidera works closely with this tight-knit team.

The nature of Guidera's work is corporate policy development. Half of his job involves talking to lawyers and executives to help set company policy. Once a policy statement is developed, Guidera speaks to the hard-core lobbyists in the company, and works with trade associations and other companies that share Microsoft's views to coordinate their lobbying efforts on Capitol Hill.

A JD is not a prerequisite for his position, but Guidera says his legal education comes in handy every day. Whether he is interpreting existing law or drafting proposed legislation, an understanding of how the law works helps him evaluate whether Microsoft is indeed accomplishing its policy objectives. He says that a good grounding in the mechanics of American jurisprudence and substantive law has proven very useful in his position.

Because Microsoft's operations are international, everything that it does as a company has global impact. Guidera, as a result, is involved in creating, negotiating, and interpreting international treaties.

While the hours tend to be long-he puts in 10- to 12-hour days, attends many evening events, and always has his laptop with him on weekends-it is by no means a day-in, day-out grind. "Tomorrow," he says, "five of those hours will be [spent] playing golf at a congressional charity event."

It also helps that he loves his work. At Microsoft, he gets to work with the best external specialists, while he works more broadly across the whole corporation. "The outside firms do the heavy lifting, legally [speaking], and they do a far better job than I could ever do," he says.

Never having worked in a law firm environment, Guidera feels that he isn't missing anything in his legal career. He would recommend working for a corporation to a young lawyer: "It's a wonderful experience," he says. "I've never sat in the basement and done deposition digests."

Taking on an Advisory Role
The chance to focus on substantive work in the private sector was one of the things that drew Dan Lipschultz to a job in-house. Lipschultz is associate general counsel to McLeodUSA, a competitive carrier providing local, long distance, and other telecommunications services in 25 states. McLeodUSA's legal department employs about 20 lawyers.

Lipschultz advises McLeodUSA personnel on legislative, regulatory, and contract matters. Every day he has to respond to numerous phone calls and e-mails from employees in the region for which he is responsible-Minnesota, Wisconsin, and Ohio. He also represents the company in proceedings before regulatory commissions in his three states and spearheads lobbying efforts in state legislatures.

Lipshultz came to in-house practice after years of work in the public sector. He graduated from the University of Iowa Law School in 1985 and went to work for the Minnesota Department of Human Services as a staff attorney. Prior to taking his current job, he worked for the Minnesota Attorney General's Office.

During Lipshultz's stint in public service, he worked on telecommunications policy, helping open the market to competitive carriers. His move to McLeod was motivated by his desire to learn how telecom companies operate from the inside. Working in-house instead of at a law firm was attractive because he believed that he would be able to focus on the substance of his legal work and not have to worry about building a book of business-i.e., client development-and marketing himself.

Lipshultz says he is glad that he took his first career steps in government but feels there are many advantages to corporate practice. "Quite plainly," he says, "the salary and benefits are higher, [and you can] have some equity; that is an additional perk that you can't get with government. You also get a real sense of [a] bottom-line-driven organization. In government you are serving public policy interests set by sometimes nebulous factors. Here it is revenue driven. You have a better idea of where you need to go and how to adjust your course because there is a clear set of markers."

Although Lipshultz chose to work more hours in his government job than was necessary, his present position does not afford him the same luxury of choice. As in-house counsel, he must work at least the same hours and sometimes more. If he doesn't, there will be work waiting for him; and it will be noticed.

One thing he's often expected to do at his present job is internal marketing. Other in-house attorneys had warned him of this before he made the move. "In a sense you have to market yourself or gain the confidence of different units of the company," he says. "You are evaluated on the feedback from your internal clients. The way you are compensated and whether they keep you depends on whether the internal clients like you."

Asked if he would recommend that a new law school graduate work for a corporation, Lipshultz says it really depends on the individual. He feels that he learned a lot from his career in government, and he is still learning in-house. He encourages JDs to see it all: "It's nice to have a career that spans and crosses public and private lines."

Teamwork over Time Sheets
Working for a single client also means no longer having to keep track of those dreaded billable hours. "That [part is] great!" says Cassandra Soltis, an associate at a Washington, D.C., food and drug law firm. Soltis has had the unique opportunity of experiencing life as an in-house counsel while still working for a law firm.

When one of the firm's clients, a large pharmaceutical company, recently acquired another company and laid off the acquired company's legal department, the client found itself short-staffed. The company asked Soltis' firm to send an attorney with the requisite background and experience to its office in New Jersey to serve as a fill-in until it could restaff the legal department. Soltis found herself commuting weekly to work with the client's existing in-house attorneys as a temporary member of the legal department.

The experience has been a positive one, she says. For one thing, her industry knowledge has broadened dramatically. Before working for her present law firm, Soltis had worked for a nonprofit consumer watchdog organization. When she made the move to the law firm, she realized that she "had barely skimmed the surface of food and drug law." Now, acting the part of in-house counsel, she is learning even more.

She also attends more meetings and writes much less-perhaps because there is no need to be in constant contact with an outside client. "I hardly write anymore," she notes. "Everything is about memos and briefs in a law firm. When you go in-house, you don't write nearly as much."

In addition, her temporary post allows her to work in a less competitive setting. "It feels more like teamwork," she says. "In a law firm, everyone is trying to outshine someone else." Soltis says that the hours are generally better, too, although the in-house attorneys do work hard. And there's a gender difference: About three-fourths of the pharmaceutical company attorneys who work with her are women.

Although Soltis is not ready to leave her law firm right now, she admits that she's considering it: "I think down the road, working in-house would be attractive."

Read contrary views here: Why Going In-house Is Often the Worst Decision a Good Attorney Can Ever Make