By Google+, Follow Me on
( 1300 votes, average: 4.2 out of 5)
What do you think about this article? Rate it using the stars above and let us know what you think in the comments below.

Why should you become a District Attorney (D.A.)? Every city in the United States needs a prosecutor, someone who is devoted to upholding the constitution, protecting the public, and prosecuting criminal behavior when it occurs in their district. Large metropolitan areas typically have a considerable number of special units that hire D.A.s to concentrate on despicable crimes such as homicide, rape, and domestic violence. 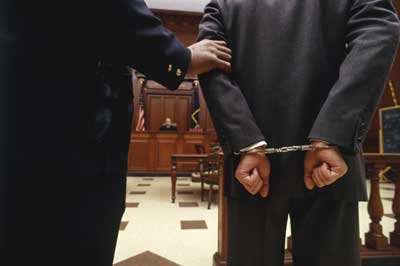 One of the most rewarding benefits of beginning a career in the office of a D.A. is the valuable experience gained at trial. Fresh attorneys, who recently graduated from law school, might start doing backup work at an established law firm, while an attorney working in the office of a D.A. will quickly be exposed to the inside of a courtroom.

There are also federal prosecutors who work for the Department of Justice and they have many offices across the United States of America. There are 90 U.S. attorneys who coordinate federal prosecutions and must report to the highest cop of the land, the Attorney General.

American Bar Association (ABA) certified schools offer students courses that provide a diverse selection of knowledge required to investigate, research, and manage a case during prosecution. As students become familiar with courtroom procedure, they will also be responsible for taking specialized courses in ethics, criminal law, and civil law. The reputation of the law school as well as the students understanding of the courses he/she sat through will determine if they are qualified to work at the local D.A.'s office.

While attending law school, students frequently search for an intern position at the D.A.'s office. They want to build hands-on experience while they enhance their resume. After graduation from law school, potential attorneys must go through the grueling process of passing the bar exam before they decide which state to practice in.

Although prosecutors make less money than attorneys who join private firms, they are pleased to gain experience in an area that protects the public and consider the position an essential component in their career. Depending on which area in the country the prosecutor practices law, his/her salary ranges from $25,000 to $55,000. Experienced prosecutors can easily earn more than $100,000.

The salary of the D.A. also depends on how much experience they have, their length of service, and the hiring entity. According to PayScale.com, “the national average salary for a D.A. falls between $50,603 and $89,310 a year.”

The amount of experience needed to obtain a D.A. position also differs by location. For example, according to findtherightjob.com, as of July 1, 2007, “the average starting salary for a D.A. in Philadelphia was $48,975.” In New York, most D.A. positions are given to experienced candidates. “There is very little difference in salary for a newly graduated lawyer and a lawyer with more experience. In this location, new hires fresh from law school earn $53,500 while the starting salary for newly hired attorneys with more experience is $54,000.”

Another reason why law students should contemplate becoming a D.A. is because of the excellent benefits. In many districts across the country, a D.A. is entitled to the same benefits as other city employees. According to eHow.com's article, “The Average Salary for a D.A.,” a Philadelphian D.A.'s “benefits include 11 paid holidays a year, a pension plan, sick leave, 20 paid vacation days, four annual leave days, and medical and life insurance. In New York, a D.A. earns four weeks of annual paid leave in addition to the same health and pension benefits as other city employees.”

According to manhattanda.org/salary-and-benefits, which is The New York County District Attorney's Office web page, during 2012-13, the starting salary for an Assistant District Attorney joining the office “is expected to be $60,000 for law school graduates not yet admitted to the practice of law, and $60,500 for newly admitted attorneys. The salary is higher for those applicants who have practiced elsewhere before joining the staff. Periodic raises have typically been granted, as the budget allows.”

The New York County District Attorney's Office also lists an exceptional benefit package that includes a “comprehensive insurance plan.” The insurance plan provides “medical, dental and vision, life and long-term disability options.” The office goes on to state they also bestow a “generous vacation time, parental leaves, domestic partnership benefits, pre-tax spending options and deferred compensation plans.” If that wasn't enough incentive to get you to join The New York District Attorney's Office, then perhaps you would be persuaded if each district attorney got a brand new BlackBerry and had the ability to access the network remotely. That's exactly what the website claims.

On Tuesday, August 21, the Philly.com article, “On city salaries, some prosecutors work two jobs to make ends meet,” caught up with Carlos Vega, a veteran homicide prosecutor. He was responsible for “putting scumbags behind bars, sometimes for life.” The prosecutor's most recent high profile case included “Antonio Rodriguez, the so-called Kensington Strangler, who was convicted Thursday of three counts of first-degree murder, rape and related offenses in the deaths of three women.” Vega began his career in the D.A.'s office 30 years ago and has been prosecuting for 25 years. Vega found his profession fulfilling, but the candid attorney admitted, “Although we're attorneys, we work for the city. We don't make the money that people think lawyers make.”

Vega, who is in his 50s, wants his children to have the same education that he had while growing up in New York City. The prosecutor attended Catholic schools in the Empire State. The attorney pointed out that some prosecutors will have a second job, maybe as a bartender, or in Vega's case, working at UPS. In the Philly.com article, Vega said, “If I didn't work at UPS, I really believe I couldn't have” put the kids through Catholic schools. He continued to say, “I couldn't have, because I need to live and eat.”

The prosecutor has approximately 55 homicide cases on his desk right now. Even with his current night shift, Vega makes his 15-year-old daughter his top priority. The prosecutor cooks his daughter breakfast and drives her to school.

In the same Philly.com article, spokeswoman Tasha Jamerson is also quoted. She mentioned assistant D.A.s starting salary. The spokeswoman said, “Assistant D.A.s (not including chiefs or assistant chiefs) earn anywhere from a starting salary of $48,975 to about $125,000.” She also stated that more than half of assistant D.A.s make less than $70,000 a year. Now this is probably a decent salary for most single people in the United States, but if you are like Vega and want to send your children to Catholic school or want to make more money, you might have to get a second job if you want to be a D.A.

Law students who have recently graduated should be determined to become a prosecutor not only for the outstanding benefits, but also because there is an excellent chance of obtaining the position. Remember, there are many prosecutors needed across the country to uphold and preserve justice. Even though trial experience is essential, there are many entry level positions available to young attorneys who have already volunteered their services or gained experience as an intern when they applied for a summer position while at law school.

Prosecutors with experience at the state level are known to move into a position to prosecute at the federal level. If you are an attorney not interested in joining a private law firm or working for a corporation, you might want to seriously consider giving a D.A. position a chance. If you are a young ambitious attorney who might be seeking political office later in life, there is no better way to gain experience and to get to know the people in your community than to become a D.A.


What Is The Highest-Paid Lawyer?


There is a wide range of median incomes for different specialties. Among the highest-paying jobs are:


In the legal realm, the median wage for medical lawyers ranks among the highest. An attorney's duties will vary based on the company they work for. Hospital and medical corporation attorneys specialize in this field. There are also firms that handle personal injury and medical malpractice cases.


The role of the trial attorney requires an excellent grasp of procedural law and the responsibility to keep up to date with trends and changes in a field that is constantly changing. Successful people possess excellent oral communication skills, and the art of persuasion cannot be overstated.

To succeed as a trial attorney, you need a great memory and the ability to think on your feet. In trials, the unexpected happens often.  The ability to use precedents in their cases and knowledge of statutory law is also critical.


Lawyers who specialize in tax law represent organizations when they deal with federal, state, and local taxing authorities. In order to protect their assets and reduce their taxes, corporations and large companies pay huge sums to attorneys trained in tax laws.

Tax attorneys must stay current on changes to tax laws that can potentially affect their clients in the United States. The constant changes in tax law add to the challenges they face on a daily basis, requiring constant research and continuing education.


Legal counsel for corporations is provided by corporate lawyers in the areas of business transactions, acquisitions and mergers, the sale of businesses, and legal advice on how to run a business. Lawyers at corporate law firms specialize in drafting and reviewing contracts, making sure their client's interests are protected.

Lawyers for corporations can also assist with capital raising, corporation formation, and asset sale. Attorneys who specialize in corporate law wear many different hats throughout their careers.

Bankruptcy, probate, and personal injury law are other highly-paid legal specialties. In summary, a lawyer's income is dependent on several factors, including how many hours they put in and how they choose to pursue their career goals.


How Much Does A DA Prosecutor Make?

According to the Bureau of Labor Statistics, lawyers earned $122,960 per year, or $59.11 per hour, on average in 2019. It is estimated that the average district attorney salary is $75,000 according to PayScale.com. According to the district attorney's work location, this amount may vary. According to data from Broward County (FL), a district attorney receives 67,122.48 dollars per year, while in Oneida County (WI), a district attorney earns $49,254 a year. County-determined salaries are, as a result, more generous in wealthier counties. Obtaining a Juris Doctorate (JD) from an accredited law school is the minimum requirement, and you must be barred in the state where you wish to practice. You must pass the bar in order to practice law; if you are considering it, you must pass it.

Click Here to View the 2015 Salaries of the Top Law Firms.

( 1300 votes, average: 4.2 out of 5)
What do you think about this article? Rate it using the stars above and let us know what you think in the comments below.