The Life and Career of Attorney Nancy Grace, Who Turned Lawyer after the Murder of Her Fiance.

How to Become a District Attorney

Share
Tweet
Linkedin
73051 Views
( 1495 votes, average: 4 out of 5)
What do you think about this article? Rate it using the stars above and let us know what you think in the comments below.

Matt Murphy is lucky. While many of us have struggled figuring out what to do with our lives, he knew after his first day as a junior law clerk in the Orange County District Attorney's Office. 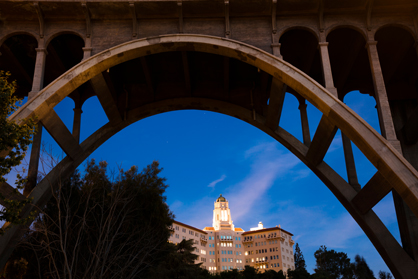 It was a summer job after his first year in law school, and he was hooked on prosecuting from day one.

"Criminal prosecution looked like it would be the most interesting way to make a living with a law degree. I decided I'd give it a shot for the summer and see what I'd learn. And I had so much fun on the first day working on little motions to suppress on misdemeanor cases. I knew I'd found a home," he told LawCrossing.

That was 11 years ago. Murphy returned the next summer, and after he passed the Bar, he joined the DA's office permanently. He has worked in the gang and sexual assault units, and now as a senior deputy district attorney, he focuses solely on homicides.

While many attorneys work in a DA's office for a few years to get trial experience and then move on to private practice, Murphy says for him and plenty of others, it would be difficult to switch to the defense side.

"Prosecution kind of gets into their blood and getting the bad guy becomes important to them," he said. "A lot of people leave the office here and end up coming back. That's actually a pretty common phenomenon."

Right now, he is handling 12 cases and preparing for upcoming trials, one involving a white supremacist gang member who allegedly murdered a store clerk and another, a drunk driver who hit a family, killing two people.

Murphy, 37, enthusiastically describes his career, frequently saying "the best part of my job" while describing everything from the police investigators he works with to the families he helps and the people he puts in prison.


Working with a former Irvine Police Department investigator, Murphy develops theories and different areas of the case they need to explore further.

He says the most involved murder case he tried dealt with a violent serial rapist who murdered one of his victims. The rapist carjacked her before beating and raping her and driving away. She escaped by jumping out of the car while it was traveling at 35 mph. The man was caught because she had kicked him in the face and his DNA was on her boot. Unfortunately, he wasn't caught until he had raped and murdered another woman.

Murphy won the case, and the man is now living on California's Death Row, which is the largest in the country. Although California has a sunny, liberal reputation, Murphy says it's very conservative when it comes to crime. California reinstated the death penalty in the late 1970s after a crime wave perpetrated by repeat offenders who were getting out of prison on parole too easily.

Murphy believes the death penalty comforts some family members of a victim.

"It will be 20 years before we hear the final chapter in that case, but they did return a verdict of death, which a lot of times I think is cathartic for the family members to hear that the jury has agreed that their loved one's life was valuable," he said. "For some families, it is definitely comforting. I think it can be very comforting for the family to hear a jury return a verdict of death."

He recently tried and won a double murder case involving three men in a love triangle. The jilted lover, Vincent Cheung, sneaked into his ex-boyfriend's home and repeatedly stabbed the man and the man's new boyfriend.

Cheung had taken his shoes off to sneak into the house and ended up stepping in blood.

"So there were these bloody footprint impressions all through the house. We had experts about the prints and all the bones of the foot - it was fascinating to do," Murphy said.

Investigators also found a diluted water droplet on Cheung's car and although you couldn't see that it was blood, it fluoresced positive for blood and was a triple-genetic mixture of the two victims and Cheung.

In constructing his cases, Murphy has to get to know his dead victims. He learns about their habits and tastes and rebuilds their lives in his mind. The two men Cheung murdered, for example, were musicians and piano teachers and "gentle, nice guys."

Another recent victim was "a lonely lady in San Clemente." She met a man on the Internet, and he soon arrived at her home with a big canoe. After about a month, their relationship soured, and she asked the man to leave. He killed her and then fled to the Rio Grande with his canoe.

"He killed her, and then he took her car and fled to the Rio Grande, where he was in a canoe with all these Mexican cops on one side of the river and the American cops on the other," Murphy said. "And he's got a rifle, and he's in his canoe in the middle - it was just a wild case. When the jury came back guilty on him with a first-degree murder conviction, it was just great because the family got to see justice in that case. That is probably the best part of the job."

The only thing Murphy doesn't like about his job is when the bad guys get away. A high-profile case he prosecuted and won against a serial sex offender was reversed on appeal. Convicted child molester Edward Stokes was released in April after an appeals court ruled he never had a chance to confront his accuser because the teenage boy had killed himself before the start of the trial. He was arrested two weeks later in Oregon after a woman recognized him at a laundromat. Stokes was wanted for not registering as a sex offender and for perjury and fraud for using a false address and birth date while trying to get a driver's license.

"The heartache that people experience as family members, especially people that have had a loved one that's been murdered, that can be difficult to deal with," Murphy said. "But at the same time, it's also the best part of the job, being able to help family members try to achieve justice. It sounds corny, but we achieve justice for the murderer of their loved one…That was heartbreaking when Stokes got out. After all the hard work you put into a case, and then it gets reversed, it's heartbreaking."

Murphy says it is also difficult prosecuting cases when children are killed or abused because it's so upsetting and often difficult to prove. In the Stokes case, for example, Stokes preyed on runaways who often did not have families or friends to support them or report the abuse to.

But Murphy doesn't let the depressing nature of his caseload bring him down. He says it's satisfying putting dangerous people behind bars, and he "can't imagine having another job."

Job postings on LawCrossing are good and up-to-date and its email alert facility saved me a lot of time.
Alyson

LawCrossing Fact #155: When you apply, you are applying from a smaller company than MonsterTRAK.com, making it easier for employees to find your resume rather than toss it aside!