Anayat Durrani
( 302 votes, average: 5 out of 5)
What do you think about this article? Rate it using the stars above and let us know what you think in the comments below.
While many begin law school with the goal of becoming a law professor, for others, the path to a career in academia is not always a straight line. For Mike Madison, an Associate Professor of Law at the University of Pittsburgh School of Law, an interest in teaching came years after he graduated from law school. 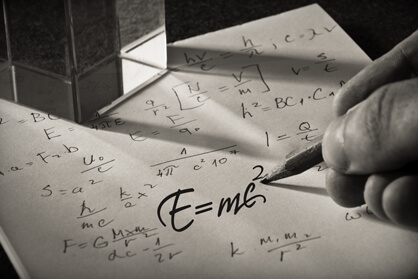 "I never gave teaching a thought until I was seven or eight years into practice," said Mr. Madison. "Even then, it wasn't teaching that interested me. It was writing."

Mr. Madison said the things he enjoyed most about law practice were writing research memos and writing long briefs, two things lawyers tend to dislike. As he got more senior in practice, he did a lot less writing and was instead supervising other lawyers and working directly with clients. He said he pursued a teaching career to devote his professional time to doing what he enjoyed most.

"It was a long road to getting a tenure-stream position. I left my law firm in early 1996, made the commitment to find a permanent academic job shortly after that, and spent three-and-a-half years in fellowships and visiting appointments before securing a tenure-stream job beginning in the fall of 2000," said Mr. Madison.

Along the way, Mr. Madison published two law review articles, went through the "meat market" AALS hiring conference three times, and moved his family twice. He said the most difficult decision of all that was the initial decision to give up practice and try to find the academic appointment.

Indeed, the transition from practitioner to teaching can be difficult.

"The major challenge is moving from the problem-solving mind-set of practice to the more theoretical, policy-oriented focus of legal scholarship," explained Gabriel "Jack" Chin, Chester H. Smith Professor of Law, Professor of Public Administration and Policy & Co-Director, Law, Criminal Justice, and Security Program at the University of Arizona James E. Rogers College of Law. "The focus in practice is clear: help your client, whether your client is right or wrong. In legal scholarship, you are trying to come up with the best possible information about your subject or the best possible solution to the problem. They are different skills."

The best preparation for a lawyer who wants to be a professor, Mr. Chin said, is to write a law review article. By doing so, a practitioner will know whether he/she enjoys writing and whether becoming a law professor is the right choice, and it will also help get him/her the job. "Most strong applicants, even coming from demanding practice settings, have published law review articles," Mr. Chin said.

Denise C. Morgan, Professor of Law at New York Law School, agrees and stressed the need for heavily focusing on writing as a way to break into the teaching field. "It really helps to have some published academic writing when you go onto the teaching job market in order to prove that you are really committed to the academic life and are not just trying to escape practice."

But what are the chances of getting hired as a law professor when making that switch from practitioner to professor of law?

D. Gordon Smith is a professor of law who also serves as the appointments committee chair at the University of Wisconsin Law School. He said that almost every person it hires is an entry-level candidate, and the criteria for becoming a law professor is the same whether the candidate has no practice or 20 years of practice.

"My experience in interviewing has been that people with substantial practice experience often are drawn more to the teaching side of the job than the scholarship side. Of course, this is not always true, but I think it is a fair generalization," said Mr. Smith. "Such people often are better directed toward clinical work than regular tenure-track positions. If they want to pursue the tenure-track position, they are in the same category as everyone else."

Another route sometimes less traveled is the adjunct teaching path.

Eric Goldman began as an adjunct professor before eventually getting a full-time appointment as Assistant Professor at Marquette University Law School. Mr. Goldman— who was an adjunct professor at the University of San Francisco, Santa Clara, and UC Berkeley law schools—said that adjunct teaching can be a great experience and is one he enthusiastically recommends. However, he said it is not the way to go to achieve a full-time, tenure-track position.

"As a bridge towards getting a full-time, tenure-track job, I don't think it's heavily weighted in the hiring process," Mr. Goldman explained. "A candidate is principally evaluated on their academic pedigree, other prestigious accomplishments, and track record of publishing law review articles; prior experience as an adjunct is an insignificant factor compared to those criteria."

Mr. Goldman said experience as an adjunct might help a candidate at the margins by convincing schools that a candidate is serious about becoming a professor and shows proof that the candidate can teach. He cited his adjunct experience at Boalt Hall (UC Berkeley) as having added some weight to his resume.

While an adjunct professor, Mr. Goldman worked as general counsel and assistant secretary at Epinions, Inc., and an associate at Cooley Godward, LLP. Mr. Goldman said for experienced lawyers, it can be difficult to start their careers over in entry-level positions.

"I left [Epinions] to become an assistant professor—the junior guy on the totem pole—with no credit for my past experience. This meant that I had to learn the ropes, build new skills, build my reputation within the school, and stress about tenure."

Mr. Goldman admits he could have devoted some of the time he spent adjuncting instead to writing one or more law review articles, which might have been a better investment of time for preparing a law-teaching candidacy. Still, Mr. Goldman said he would not have done things any other way and considers his adjuncting experience as the "best professional experience of my life."

Can working as an adjunct be a barrier to being hired by that school, but a boon to teaching elsewhere?

"It depends," said Mr. Smith, who is involved in the law school hiring process. "Some schools may be reluctant to hire their own adjuncts on the theory that such candidates may receive 'friendship' votes that advantage them over outside candidates without regard to quality. On the other hand, a person may make themselves known to the faculty by being a good adjunct."

Whether making the switch from longtime practitioner or transitioning after years of adjunct teaching, there is one factor that stands out as the most significant criterion for becoming a law professor.

"The bottom line is that you cannot talk about law school hiring without discussing scholarly potential," said Mr. Smith. "That is far and away the most important factor in the hiring decisions of most law schools, and everything else lags by comparison."

( 302 votes, average: 5 out of 5)
What do you think about this article? Rate it using the stars above and let us know what you think in the comments below.