Anayat Durrani
( 481 votes, average: 4.5 out of 5)
What do you think about this article? Rate it using the stars above and let us know what you think in the comments below.
In the first of a two-part series on becoming a law professor, LawCrossing investigates the traditional academic route to this career. Next week's installment will examine how those who do not fit the classic mold may still pursue a career in teaching law. 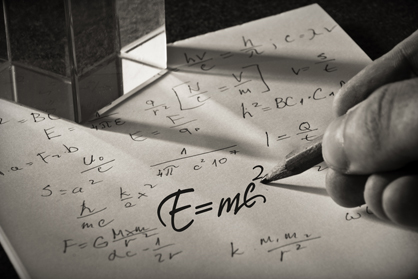 The love for the law is what sent Darian Ibrahim on a path toward a career in academia. As one who enjoys thinking and talking about the law and working to make the law better and more equitable, he was a law professor in the making.

His interest in becoming a law professor began while working as a research assistant for one of his professors at Cornell Law School. The experience would ultimately lead him to land a teaching position at the University of Arizona James E. Rogers College of Law—his first choice—where he will begin teaching this fall.

"For law students who may want to join academia, working for a professor is something I wholeheartedly suggest. It will allow you to step inside that world for a short time and see whether it's right for you," explained Mr. Ibrahim. "The professor can also serve as a good source of information down the road and, perhaps more important, as a reference."

Mr. Ibrahim, who earned his J.D. from Cornell in 1999, attributes part of his success to the advice of Associate Professor W. Bradley Wendel, who joined the faculty at Cornell in 1998 and has served as his mentor. Mr. Wendel, who has a J.D. from Columbia University and his J.S.D. and LL.M. from Duke, is a self-described "survivor of the teaching market." In his online FAQ, "The Big Rock Candy Mountain: How to Get a Job in Law Teaching," he lays out the most important steps to securing a future law teaching position. These include obtaining a J.D. from one of the top-15 or so law schools; high class-standing; law review service; judicial clerkship; a few years of practice experience; at least one post-law school publication published in an academic law review; and recommendations from faculty members.

"Law review is part of the resume of most candidates who are competitive on the teaching market, but it's more of a proxy for good grades than for having learned anything about writing," said Mr. Wendel. "As for writing, many people would remark on the trend over the past 10 years or so toward post-law school publications as a requirement for getting an entry-level job. My strongest advice to teaching candidates is publish, publish, publish substantial articles in law reviews after you've graduated from law school."

Where in practice Mr. Wendel said there is little pressure to publish since the main focus is on the needs of clients and meeting the demands of court schedules or timing of the deal, for a law professor, writing is a major feature of the job. "As I say on the website, prospective law teachers shouldn't think of this as a teaching job. It's really a writing job. If you don't like researching and writing a 50-70 page article, this is definitely not the job for you because you'll be expected to do that several times over in order to get tenure."

Mr. Wendel also stressed that clerkship is part of the standard resume and is a proxy for high academic standing. "Court of appeals clerkships are generally more competitive, so their credential value would be higher than district courts. But either kind of clerkship is an invaluable experience," he said.

Mr. Ibrahim who was in the top 10% of his class at Cornell, an Articles Editor on the Cornell Law Review, and published two law review articles post-graduation, said the traditional advice given by Mr. Wendel has proven accurate.

"Perhaps the best advice he gave me was that interviewing for law faculty positions is a fluky process, and your self-worth cannot be affected by which schools do or don't take an interest in you. I found his advice to be dead on," said Mr. Ibrahim. "It's unlike applying to law schools as a student. In that process, you figure that if you're admitted to a top school, the lower-ranked schools will likely follow suit. But law faculty hiring is a bit more of a mystery. You may be a top-tier school's first choice and a bottom-tier school's tenth choice."

Lawrence Solum is a professor at the University of San Diego School of Law and tracks the hiring trends at top law schools in the country. Mr. Solum, who holds a J.D. from Harvard Law School, said that most entry-level law professors hail from a small number of elite law schools, and about half are from Yale, Harvard, and Stanford.

"Pay varies enormously, from under $50,000 for some non-tenured positions to salaries that are competitive with large-firm salaries for first-year associates at the entry level," said Mr. Solum. "Senior, tenured, and very accomplished law professors at the best-resourced law schools earn salaries as much as $300,000 or more. Even entry level salaries vary enormously from school to school."

Eric Goldman is an Assistant Professor at Marquette University Law School and received a J.D. and an M.B.A. from UCLA. Mr. Goldman said that oftentimes a student's choice of law schools can keep him/her from securing a law professor job.

However, like Mr. Wendel, he said that despite what school a student attends, adding as many "prestigious" things as possible—law review, Order of the Coif, judicial clerkships, a job with big-name law firm, lots of writing—can bolster one's odds of success. Above, all, he said that students should have realistic expectations and those really interested in becoming law professors may want to develop and implement a multi-year plan to reach their goal.

"The more prestige on your resume, the more likely that your resume will catch the eye of someone reading through this enormous stack," Mr. Goldman said, referring to the Association of American Law Schools (AALS) law professor hiring process.

Most teaching jobs are secured through participation in the AALS's annual hiring conference and directories. Those interested in entering law teaching can be listed in the coming academic year's job registry. Applicants fill out a one-page resume which is mailed out in binders by the AALS to all member law schools at intervals during the year. Jane M. La Barbera, Associate Director of the AALS, said that typically 1,000 people fill out registration forms each year. Law school hiring committees then comb through binders, identifying candidates they are interested in interviewing at the annual hiring convention, also known as the "Meat Market," which is typically held in October or November.

"I applied for teaching jobs last fall, undergoing the AALS hiring process in all of its harrowing fullness," said Timothy K. Kuhner, who graduated from Duke University School of Law in 2004. "In actuality, it's a great experience. You get to meet and talk shop with many interesting people and, through these interviews and campus visits, get a sense of the great variety of law schools and law professorships in this country."

It was Mr. Wendel who encouraged him to register with AALS to see where he stood in the law teaching job market, advice Mr. Kuhner now says was "the most important career advice that I've received as a lawyer." Mr. Kuhner has since accepted a tenure-track position teaching torts, public international law, and human rights at Roger Williams University School of Law.

( 481 votes, average: 4.5 out of 5)
What do you think about this article? Rate it using the stars above and let us know what you think in the comments below.