Is Law Still a Prestigious and Profitable Business?

Daniel June
( 294 votes, average: 4 out of 5)
What do you think about this article? Rate it using the stars above and let us know what you think in the comments below.
Summary: We’ve seen a bimodal split for starting salaries of lawyers between the high amounts offered by big firms and the lower amount that most lawyers actually end up with. Lately, the big firms are offering even more than before, but thankfully, also hiring more. 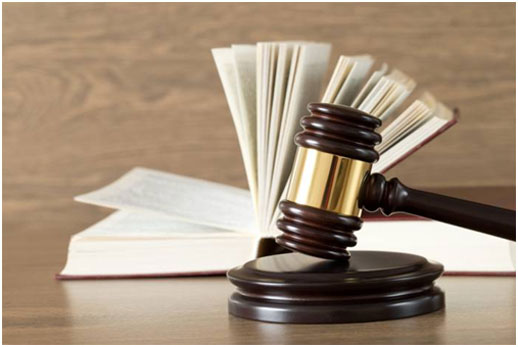 Though the median salary for law school graduates beginning their legal career in 2015 was $64,800, few lawyers actually earn that amount. Ever since 2000 the National Association for Legal Career Professionals (NALP) has noted a bimodal tendency: Most lawyers either earn $160,000, which for eight years was the gold standard for first-year associates at big law firms, while most lawyers fell under the $45,000 to 65,000 range. 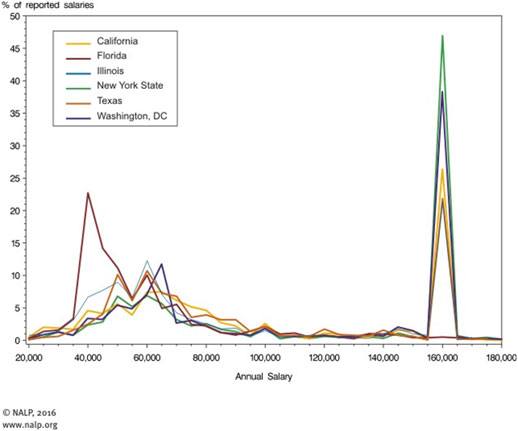 This chart shows that in all the major geographical locations, the trend is the same: the class of 2015 showed the same trend that first emerged in 2000.

Big firms have offered exactly $160,000 since 2007 – a sort of gold standard that set them up as one of the big firms. Despite the pangs of the legal market from 2009 through 2012 – which we still struggle with today — law firms were adverse to offer less than the golden standard, lest they lose face or lose their best talent.

It’s a peculiar predicament for firms to be in, considering they must intensively train first-year associates, who engage in rather monotonous work only to find few stick around to actually become partners in the next seven years.

That $160,000 spike tapered over the years. Offering the same amount of opening salary, while the firm suffers fewer and fewer clients, means they need to charge their clients more to keep the salary high.

For some notable exceptions to the previously existing $160,000 rule, consider the following: Bickel & Brewer offered its 2013 first year associates $185,000, with Brewer saying “the goal here is always to be ahead of the curve.”

Such firms want the competitive advantage by grasping the best talent, and of course as it is common for law students to accrue $300,000 in debt by the time they graduate, they are likely to seek out the most financially promising firm.

Though a few firms are offering more money for its incoming associates, the tendency for these firms is to choose fewer lawyers to give that amount of salary to.

“It is important to understand that the downward shift in starting salaries is not, for the most part, the result of individual legal employers paying new graduates less than they paid the in the past,” said NALP’s Executive Director James Leipold. “Although some firms have lowered their starting salaries, and we are starting to see a measurable impact from lower paying non-partnership track lawyers jobs at large law firms, aggregate starting salaries have fallen over the last two years because graduates found fewer job with the highest-paying large law firms and many more jobs with lower-paying law firms.”

That was said for the class of 2011. How do things look now?

The trend that many lamented in 2011 and 2012, that the large firms were hiring fewer associates with the large wages they insisted to uphold, reversed in direction. As one source reported: “The number of jobs obtained by members of the Class of 2015 went down in every single job category except for the largest law firms of more than 5,000 lawyers. The number of entry-level jobs obtained at these firms has grown by more than 1,000 over the last four years but even so, for the Class of 2015 there were still about 1,000 fewer of these positions obtained than there were by the Class of 2009, most of whom were hired before the recession began.”

That slow trend tended to grow when comparing the distribution of reported full-time salaries between:

Note: Graph is based on 22,095 salaries reported for full-time jobs lasting a year or more. A few salaries above $205,000 are excluded from the graph for clarity, but not from the percentage calculations. The left-hand peaks of the graph reflect salaries of $40,000 to $65,000, which collectively accounted for about half of reported salaries. The right-hand peak shows that salaries of $160,000 accounted for about 17% of reported salaries. However, more complete salary coverage for jobs at large law firms heightens this peak and diminishes the left-hand peaks — and shows that the unadjusted mean overstates the average starting salary by just over 6%. Nonetheless, as both the arithmetic mean and the adjusted mean show, relatively few salaries are close to either mean. For purposes of this graph, all reported salaries were rounded to the nearest $5,000.

If you are fresh out of law school, chances are you’ll end up in the $40-$65,000 range, not at the $165,000 range, or the more recent $180,000 range. Yet the mean and median are rising, meaning the big firms are hiring more, once again, and sticking to even higher numbers then they’ve held throughout the recession.

Granted, everyone and everything took a tremendous hit from our last economic crisis in 2007, lawyers and law firms notwithstanding. But as this article shows, starting salaries for attorneys are, as a whole, beginning to rise again. The caveat to this remains the enormous gap in salary between those associates who start out in prestigious law firms and those who first begin their careers with medium to small firms.

Either way, it still must be mentioned, even without the money aspect coming into play, that the benefits of law can go far beyond the money; after all, as a newly graduated lawyer, you are helping people, you are righting wrongs, and in doing so, potentially making an indelible mark within the legal community.

Make that indelible mark once, maybe twice or three times, and who knows? Quite possibly those big prestigious law firms might call you to come aboard, BigLaw salary included.