Teresa Lo
What do you think about this article? Rate it using the stars above and let us know what you think in the comments below.
Summary: Should you really put yourself in five to six figures of debt by going to law school? 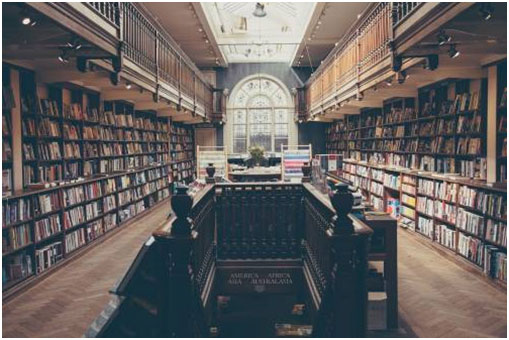 Law school can cost five to six figures along with three brutal years of your life. So the decision to attend is one that should not be taken lightly. Graduating from an elite law school such as Yale or Harvard is a tried-and-true good choice, even if you don’t end up practicing, but is law school worth it for everyone else? For those who don’t attend an ivy league law school, the answer depends on several factors—the cost of the law school and whether or not you will obtain employment that will, in the end, justify that cost.


The American Bar Association reported that in 2016, 37,124 people graduated from the almost 200 ABA-accredited law schools in the United States. This number was down by 7.15% from the year before. Of these graduates, only 64.5% obtained employment that required a law license and only 61.8% of graduates had long-term, full-time jobs.

“You’ll want to steer clear of the law school programs on our list with a 0.6 or lower salary-to-debt ratio. That means graduates of these programs are burdened with approximately 1.5 times more debt than their annual salary,” SoFi wrote. “Florida Coastal School of Law, which ranks dead last on SoFi’s list, accepts 72% of its applicants, including those with some of the lowest LSAT scores—below 148. Despite very large class sizes and a high student-to-faculty ratio, the school charges $44,000 a year in tuition, which is comparable to costs at some of the top 20 law schools. Graduates of Florida Coastal School of Law carry an average of nearly $160,000 in student loan debt and typically earn under $85,000 annually.”

Because there is such a gap in value between the hundreds of law schools to choose from, it is important for potential students to arm themselves with as much information as possible. Below we will explore the average cost of law school, why law school debt numbers are so ugly, and what you can do to manage your costs.

How much law school debt will you accrue on average?

Most law students take out student loans to pay for their legal education. While some students are lucky enough to have come from money or earn scholarships, most wind up with enough debt to buy a home in some parts of the country.

As part of U.S. News’ annual Best Grad Schools List, the publication compiled data about which law school graduates have the most debt and which schools have the least. The school that costs students the most is Thomas Jefferson School of Law in San Diego, California, which is a prime example that high cost does not equate to high value. Thomas Jefferson has been criticized by former students for their abysmal employment outcomes and high debt, and it was even sued by a former student, Anna Alaburda, who said that the school misrepresented the number of students who obtained employment after graduation. Although Alaburda lost her case of false advertising against her alma mater, Thomas Jefferson’s outcomes are not impressive compared to its cost. According to U.S. News, the average debt is $182,411 but only 6.6% of students are employed at graduation. The median private sector starting salary is $50,500 and the median public sector starting salary is $64,500.

The top ten most expensive law schools were a mix of top and low-tier. Number four New York University and number eight Columbia Law are consistently ranked with U.S. News and other legal publications as being the best of the best, and those New York City-based schools are known to channel grads into Big Law firms in the area that have starting salaries of $180,000 a year. However, the other high-cost law schools do not have the prestige of NYU or Columbia, so potential students should be wary of dropping a similar amount for a dissimilar experience.

As mentioned above, SoFi listed Florida Coastal School of Law as the Worst Law Program based on its salary-to-debt ratio, and it also included Thomas Jefferson School of Law. Both schools landed on U.S. News Most Expensive Law Schools list at number ten and number one, respectively.

The least expensive school in the country, according to U.S. News, is Rutgers in New Jersey with an average debt of $56,173. The other law schools on the list are mostly public schools, including two historically black universities: North Carolina Central University and Florida A&M University.

Brigham Young University was the only private institution on the least expensive law school list, and SoFi said the Utah-based school offered the “best bang—and education—for your buck.” According to the BYU Law website, the school awarded more than 60 full and half-tuition scholarships for the 2017-2018 school year, and the Mormon university is well-known for graduating lawyers who stay and work in Utah.

“Brigham Young University is a surprise list topper when it comes to offering the top salary-to-debt ratio (a whopping 1.7). Although this school only ranks No. 38 on the U.S. News and World Report’s Best Law Schools list, it offers tremendous value—especially for members of the Church of Jesus Christ of Latter Day Saints, who pay a tuition of just under $12,000/per year (non-LDS members pay that much per semester). That’s one of the reasons the average student loan debt among Brigham Young graduates is less than $65,000,” SoFi stated.

Based on the numbers of the most and least expensive law schools, potential students should expect to pay at least $50,000 for a juris doctorate or almost $200,000.

Before attending a law school, you should consider the cost and the average salary of graduates. You should also look at schools with financial programs that help students from low-income backgrounds or who plan to pursue non-profit practices if applicable. But for those who have already graduated with debt, how can they manage their monthly payments?

The following are some of the most popular tips from financial experts:

In the past, a law degree seemed like a golden ticket to a steady job with a six-figure salary, but after the economic crash in 2008, the legal market experienced a hit, just like other industries. Since then, aspiring lawyers have had to weigh in whether or not going to law school was a worthy investment. They should be cautious of any school that accepts students with low LSAT scores and grades but promises high salaries. These for-profit schools usually cost as much as elite universities but have only a fraction of the value.

“People are not being helped by going to these schools,” Kyle McEntee, executive director of the advocacy group Law School Transparency said, referring to low-tier law schools to The New York Times. “The debt is really high, bar passage rates are horrendous, employment is horrendous.”

That is not to say that only ivy leagues offer a great return on investment. BYU Law and state schools such as the University of Texas—Austin have proven that they provide high value, and potential students should perform due diligence before enrolling in any school.

Graduates of law schools should examine different options for debt repayment, which include refinancing, debt payment strategies, and loan repayment programs. The Law School Admissions Council (LSAC) said that one of the most important things graduates should consider when repaying debt is how much income they generate.

“Your income after law school is an important factor in determining what constitutes manageable payments on your education loans,” LSAC wrote. “Although it may be difficult to predict what kind of job you will get (or want) after law school, or exactly what kind of salary you will receive, it is important that you make some assessment of your goals for the purpose of sound debt management. The money you borrow will be paid back from your future earnings. It could have a significant impact on your lifestyle if you do not understand your payment options and plan for repayment strategically after you graduate. In addition to assessing expected income, you must also create a realistic picture of how much you can afford to pay back on a monthly basis while maintaining the lifestyle that you desire.”

LSAC recommends using the  Repayment Estimator from the US Department of Education to help determine the amount of your monthly loan payment.