Akbar Ali
( 72 votes, average: 4.9 out of 5)
What do you think about this article? Rate it using the stars above and let us know what you think in the comments below.
Thomas Jefferson currently offers a Juris Doctor as its primary degree, though several other degree programs are available online, including an LL.M. (Master of Laws) program, a J.S.M. (Master of the Science of Law) program for professionals outside the legal industry, and a J.S.D. (Doctor of Juridical Science) program, a Ph.D.-level research doctorate in law program geared toward LL.M. graduates. 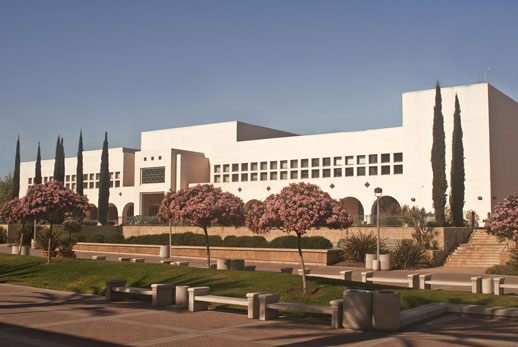 The school was originally founded as a part-time program for nontraditional working students who wanted to pursue legal degrees. The program's popularity increased significantly over time to where the school decided to become a full-time institution, moving from its original location in downtown San Diego to a new facility in Old Town San Diego in 1983. The school received provisional ABA accreditation in August 1996 and was granted full accreditation in August 2001.

Dean Rudolph Hasl proclaims, "Thomas Jefferson takes pride in its long-standing tradition of providing a personal educational experience, with opportunities for close work with faculty members and other students in a friendly, supportive atmosphere. We are also working on outreach efforts to connect graduates back to the school and to build relationships with other constituencies."

<<The school prides itself on providing its students with individually tailored educational programs, emphasizing the strengths of its faculty and opportunities available through its three centers for academic excellence: the Center for Global Legal Studies, the Center for Law, Technology and Communications, and the Center for Law and Social Justice.

Thomas Jefferson's faculty is comprised of 40 full-time members and 67 adjunct professors. The student-to-faculty ratio for the 2006-2007 school year stood at 15.2:1. The school is also widely noted for the quality of its faculty, many of whom have helped shape the direction of the legal profession in past years. Some of these figures include William Slomanson, author of the textbook on California Civil Procedure, and Julie Greenberg, an internationally recognized expert on complex legal issues dealing with gender, sex, sexual identity, and sexual orientation.

Because Thomas Jefferson structures its academic year throughout two semesters, students are recommended to take five classes per term if they are full-time and three per term if they are part-time. It is possible to accelerate graduation by one semester (and only one semester) if students elect to take courses during the summer. Thomas Jefferson is one of the few law schools in the nation that allow students to enroll in either the fall or the spring semester. Transfer and visiting students are also welcome to apply.

For the 2007-2008 academic year, tuition for full-time students totaled $15,810 per semester, and tuition for part-time students totaled $9,930 per semester. Summer tuition currently runs to $980 per credit hour. For students considering matriculating in the future, the school recommends estimating a tuition increase of 5%. A variety of scholarships, grants, and loans are available for students who qualify.

In 2006 41.4% of Thomas Jefferson students who took the bar exam passed it on their first try, compared to California's 62% state passage rate. Nearly two-thirds of graduates in 2006 reported having found employment within nine months of graduation. Starting salaries for 2005 graduates in the private sector averaged $63,740, while the average starting salary of those in public sector jobs was $52,000.

Why Bar Passage Rates Have Sunk to the Lowest Rates in History: See Chart and Figures

Why Bar Passage Rates Have Sunk to the Lowest Rates in History: See Chart and Figures