Teresa Lo
What do you think about this article? Rate it using the stars above and let us know what you think in the comments below.
Summary: Declining bar exam passage rates are having a negative impact on law practice. 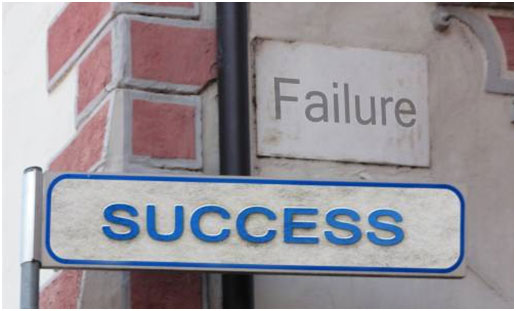 For years, those in the legal community have heard about the Great Law School Brain Drain. The ominous-sounding phrase describes the exodus of qualified law students due to low bar passage rates and an influx of law school students with LSAT scores less than 150.


"The story could be that better-credentialed college graduates are turning away from going to law school, because they feel they have other opportunities that they feel are more attractive," Paul Caron, editor of TaxProf Blog, said to ABA Journal. 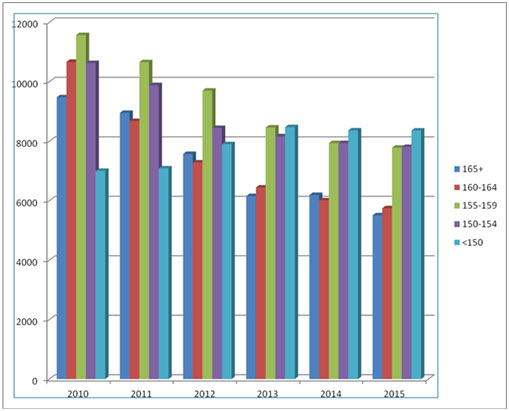 These stats are troublesome. If the best and the brightest are choosing to not become lawyers, then what does this mean for the legal industry? Even more important, how can we fix the problem? First, we must examine why qualified people are choosing not to go to law school.

Why are the smartest people opting out of law?

There once was a time when people clamored to attend law school. It was the go-to prestigious career choice for anyone who didn’t want to become a doctor. But things changed after the economic crash in 2008. Initially, potential students rushed to apply to law schools, worried about the lack of jobs in other sectors, and law schools reported an uptick in applications in 2010, according to The New York Times. “When job creation slows, there’s an increase in the number of people who pursue a graduate degree,” said David G. Payne of Educational Testing Service. But that high came to an eventual crash in a few years, when students realized that the legal industry had also tightened its belt, leaving fewer jobs on the table. Law students who graduated after the recession learned that they had few job options but were stuck with six-figure law school education debts. Consequently, numerous essays were published, which urged people to avoid law school.

“At some point in their life, everyone thinks they should go to law school. You may in fact think you want to go to law school now,” Tucker Max wrote in the Huffington Post in 2013. “You’re wrong.”

Max, a New York Times bestselling author who was also an attorney, ignored advice from lawyers who informed him that the profession was grueling and not rewarding. Two years later, attorney Amanda Taub seconded Max’s essay with her own in Vox. She stated that unless one really, really wanted to become a lawyer then attending law school was not worth one’s time, energy, or money.

“A law degree is not a "great all-purpose degree." That’s a lie put about by parents who are trying to lure their children into middle-class professions and by law schools who want their money. A J.D. is not an all-purpose degree. It is a law degree. It does not qualify you to become a diplomat, a "senior policy adviser" to anything, a politician, a banker, an aid worker, a political operative, or any of those other jobs that seem like they might be a fun way to satisfy your West Wing fantasies. It qualifies you to be a lawyer,” Taub wrote.

So for anyone who wasn’t 100% certain that they wanted to be the next Sandra Day O’Conner, Johnnie Cochran, Alan Dershowitz, or any other famous attorney that fits your fancy, jobs with similar pay but better work-life balance became much more appealing. In fact, a lawyer was once a top-listed job on U.S. News and World Reports’ annual Best Jobs list, but in 2014, the publication ranked manicurist as a better occupation than a lawyer. Three years later, lawyer dropped on the list again, with medical and tech jobs outshining it.

Harrison Barnes of BCG Attorney Search, one of the country’s leading legal recruitment agencies, has interviewed and placed thousands of attorneys in jobs across the country. He said that many attorneys are unhappy and wish they could change careers.

“I honestly believe that practicing law makes many people go crazy. There are just too many stressful factors for most attorneys to handle this profession well,” Barnes said.

Barnes’ statement is backed up by research that has shown attorneys are likely to suffer from depression, anxiety, and drug and alcohol abuse. Causes for this include constant exposure to conflict, working too many hours, working in unfriendly environments, and loss of communication with loved ones. With that kind of reputation, no wonder intelligent people are avoiding the practice of law.

What are the effects of the law school brain drain?

Because law school has become less attractive to qualified candidates, non-elite law schools began accepting students with lower LSAT scores and GPAs. From 2010 to 2015, the number of academically-talented students in law nearly halved, and according to The Daily Mail, “law professors claim the figures clearly show that standards are slipping, leading to claims lawyers are becoming dumber.” This decline of intelligence is not only harming the profession but also harming graduates who cannot pass the bar and get a job.

“The top is eroding and the bottom is growing. Four years from now, when those people graduate and take the bar, you'll have a much smaller percentage who are likely to pass the bar and a much larger percentage that are likely to fail,” Professor Jerome Organ of the University of St. Thomas School of Law told Bloomberg.

Failing the bar exam is devastating to any young, aspiring lawyer, and the numbers show that a high percentage of people are failing. In 2016, only 49% of February test-takers and only 62% of July examinees passed the bar exam, according to the National Conference of Bar Examiners (NCBE). Those who didn’t pass their first time had the honor of joining the club that has Franklin D. Roosevelt, Hillary Clinton, Michelle Obama, Harry Truman, Ed Koch, and numerous other famous people as members; but in those moments, it’s hard to see the light at the end of the tunnel. Many who fail the test report feeling depressed and anxious about their future.

How can law schools make themselves more appealing to high-scoring students?

To fix the law school brain drain, law schools must get more academically-talented students enrolled and stop accepting students with low scores. But that is easier said than done when the profession is no longer as appealing. However, all hope is not lost if law schools enact the following:

Overall, attending law school with a low GPA and/or low LSAT scores is an unwise decision, and it is up to law schools to stop thinking of money first and do what is ultimately best for the profession, their reputation, and the well-being of those students.

“There's no question that schools have a moral imperative to consider the likelihood of success and the burden placed upon the students they admit, whether that’s debt loads or probability of passing the Bar,” Derek Muller, professor of Pepperdine University School of Law, said.

7 Critical Tips to Prepare Yourself to Take the Bar Exam

7 Critical Tips to Prepare Yourself to Take the Bar Exam