How Law Schools Determine Who to Admit: Inside the Admissions Process of Law Schools

( 534 votes, average: 5 out of 5)
What do you think about this article? Rate it using the stars above and let us know what you think in the comments below.
Summary: Applying to law school can be a daunting task, but this article eliminates some of the confusion and sheds light on the admission process. 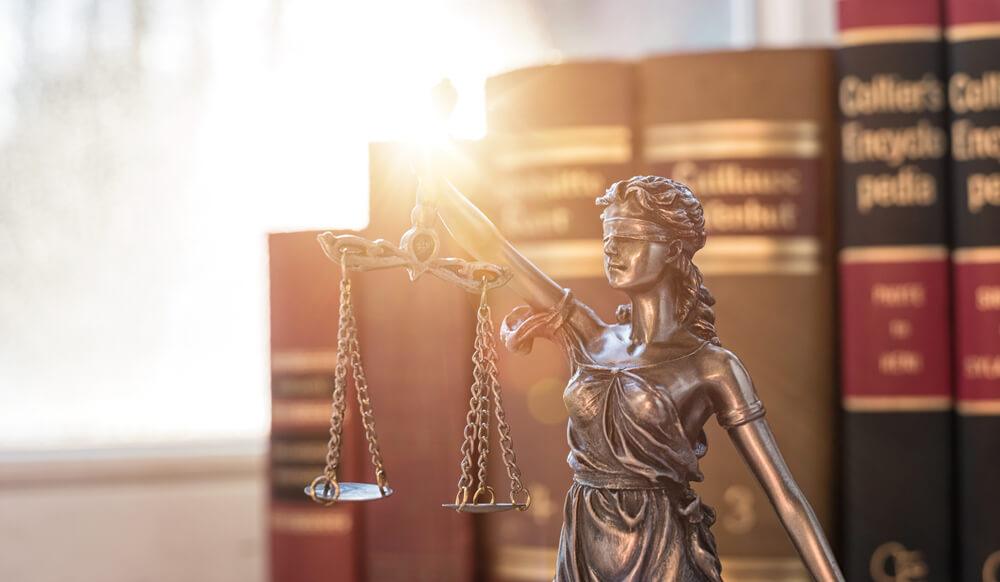 After you have done everything you possibly can to prepare yourself—you've carefully examined your own motivation in going to law school; you've assessed first yourself and then the schools; you've selected a handful of schools to which you have now applied for admission, and perhaps for financial aid as well—there is nothing to do but sit back and wait for a response.

It helps, however, to know just what is going on back there in the admission office, where some nameless person is reading your application file along with the files of hundreds or perhaps thousands of others. What is he or she thinking? How will these readers arrive at a decision? Who are these people, anyway?

Each school handles the admission process just a bit differently.

Admission-committee members typically consist of law school faculty. However, at many institutions, law students serve either in an advisory capacity or as actual voting members. At least one law school gives applicants the option of having their file reviewed by student committee members (candidates check a box on their application form). If you want to know if student personnel will be reviewing your application, contact the admission office of the schools to which you are applying.

When are Decisions Made?

Again, the answer varies from school to school. Most law school admission decisions are made sometime between December and June. The law schools that receive the largest number of applications start making decisions earlier than those that receive fewer applications, although there are some exceptions.

Some admission committees evaluate files on a rolling-admission basis, reviewing batches of completed files as soon as they receive them, some as early as October. Some may review your file as soon as they have received your completed LSDAS report. You can see, then, why it is important that you submit your letters of recommendation and any other supporting materials as early as possible.

Early decision. A small number of schools offer early decision admission programs. By applying through the early decision program, you are telling a particular school it is your first choice and, if you accept its offer of admission, you will withdraw your applications from all other law schools and attend that school.

Early decision offers are made early in the year and can include a demand for a deposit prior to the April 1 deadline often observed for regular admission. The advantage of such programs is that, with the admission process behind you, you can begin planning for law school because you know where you will attend. If you don't get admitted through early decision, you continue in the regular admission process.

Finally, although all admission offices do try to notify applicants as promptly as possible, the decision-making process can be very complex. In the next section, we take a look at how admission decisions are made.

How Decisions Are Made

We have already discussed the various elements in your application as they relate to maximizing your chances of admission. Law schools do not all make admission decisions in exactly the same manner, and they do not all require the same information. Nevertheless, let us review the elements we have discussed in different places in this book and list them here as specific criteria that law schools consider when making admission decisions:

Anything else from your file that might make a member of the admission committee sit up and take notice.

Many prospective law students believe that the LSAT and GPA scores seal their fate. Although some law school admission officers share that view, others point out that so many good applicants have the same range of grades and LSAT scores that it's impossible to narrow the field using these two criteria alone.

The Law School Admission Council's Statement of Good Admission and Financial Aid Practices has this to say about LSAT scores and the GPA, respectively:

LSAT scores provide at best a partial measure of an applicant's ability and should be considered in relation to the total range of information available about a prospective law student. [It] should be used as only one of several criteria for evaluation and should not be given undue weight.

Undergraduate grades are a significant indicator of potential success in law school. There are, of course, measures of intellectual ability other than the cumulative grade-point average. Unusual creativity, exceptional research skills, analytical prowess, and other factors may not be reflected on a candidate's college transcript.

Admissions officers are also looking to put together an interesting group of people who will bring with them different perspectives. According to the Law School Admission Council, a law school's institutional admission policies may result in a preference for certain applicants. Each law school's admission policies should be adequately disclosed to all prospective applicants at the outset of the admission process.

At the same time, the Council notes that:

Admission of applicants from a wide variety of academic, cultural, ethnic, and racial backgrounds, and the resulting diversity, enhances and enriches the educational experience of all students and faculty.

It's fair to assume that LSAC-member law schools abide by the Council's Statement of Good Admission and Financial Aid Practices.

How Readers Arrive at Decisions

Again, different schools arrive at their final decisions through different avenues, but, in most cases, candidates who are likely to be admitted or likely to be denied are separated out fairly quickly. For the sake of our discussion, we might refer to three groups: the admits, the denied admissions, and—the largest group—the holds (or the we're-not-certain-yet group). Although a strong admission index may place a candidate into a "probably admit" category, some schools with a rolling-admission policy may adjust the index up or down, depending on the number of applications they receive and the quality of the applicants.

At some schools, the full admission committee may not examine all the files, but will see only those in the middle-range group. Sometimes it may be the dean who does this initial sorting; sometimes it may be an administrator. Applicants with credentials just below the top often are reviewed more extensively by the full admission committee. Members may vote on these files individually, or they may reach a consensus in conference. In addition to making further decisions on this group about whether to admit or to deny admission, some files may be put into one of two additional categories: hold or waiting list.

Hold status. Candidates placed into this category are those for whom the admission committee is unable to make a clear-cut decision after the first round of decisions is made, defined by the time when seat deposits are required. Applicants whose files are on hold still have a chance to be admitted; there are still seats to fill in the first-year class. According to one law school bulletin, an applicant is placed in the hold group if he or she "does not quite meet the standards of those currently being admitted, but has strong qualifications that indicate possible admission later in the season." Some schools notify an applicant of their hold status; others do not. Furthermore, the committee can continue to put a candidate's file on hold after the second or third round of decisions.

Waiting list. Candidates placed on the waiting list, on the other hand, are notified of this status after the first-year seats have been filled. The applicant's chance of admission, therefore, is influenced by the volume of applications nationwide. Generally speaking, the lower the volume, the better the chances. In a "seller's market," where there are many more applicants than available seats, the school is less likely to turn to its waiting list. On the other hand, when applications are down, more candidates tend to enroll in their first-choice schools, leaving empty seats in the other schools that accepted them. In those cases, law schools turn to their waiting lists.

Although the Law School Admission Council advises law schools to "maintain a waiting list of reasonable length and only for a reasonable length of time," schools sometimes admit candidates as late as the week classes begin.

Many law schools use seat deposits to help keep track of their incoming classes. A typical fee a few hundred dollars or more, which is credited to a candidate's first-term tuition if you actually register at the school. If you decline the offer of admission after you've paid your deposit, a portion of the money may be refunded, depending on the date you actually decline the offer. Some schools refund none of the deposit. The following passage describes the official position of the Law School Admission Council:

Except under early decision plans, law schools should permit applicants to choose, without penalty, among offers of admission and financial aid until April 1.

Admitted applicants who have submitted a timely financial aid application should not be required to commit to enroll until notified of financial awards that are within control of the law school. Every accepted applicant should be free to deal with all law schools and to accept an offer from one of them even though a deposit has been paid to another school.

You can help take some of the complexity out of the admission process with one simple act of courtesy: once you have decided where to enroll, promptly notify any other schools that have accepted or wait-listed you. Your consideration will pay off in two ways: first, you'll be helping a good wait-listed student get into law school; second, by not tying up more than one seat, you'll help make the admission process work more efficiently for everyone.

What if you suddenly develop second thoughts about the one law school that accepts you? You don't have to settle for the wrong school just because it sends you an acceptance letter. Think about the alternatives. What if you postponed your legal education for a year? What if you rethought your application strategies and came up with a new list of schools to which you could apply? You're likely to be happier—both in the long and short run—if you attend a law school that is right for you.

See the following articles for more information:
( 534 votes, average: 5 out of 5)
What do you think about this article? Rate it using the stars above and let us know what you think in the comments below.

The Top 17 Reasons Law Firms Do Not Hire and Make Offers to Attorneys and Law Students: It's Not What You Think

The Top 17 Reasons Law Firms Do Not Hire and Make Offers to Attorneys and Law Students: It's Not What You Think