The Issues with For-Profit Law Schools

Share
Tweet
Linkedin
2175 Views
( 218 votes, average: 4.7 out of 5)
What do you think about this article? Rate it using the stars above and let us know what you think in the comments below.
Most states allow only graduates of law schools approved by the American Bar Association to take their bar exams. But a few operate their own certification systems or open their bar exams to anyone who has graduated from a law school within their borders. In some of these states-including Alabama, California, the District of Columbia, Georgia (until 1998) and Tennessee-non-ABA-accredited law schools still exist. Bartons Guide counted 38 such schools in 1990 (excluding the District of Columbia Law School, which has since become accredited). 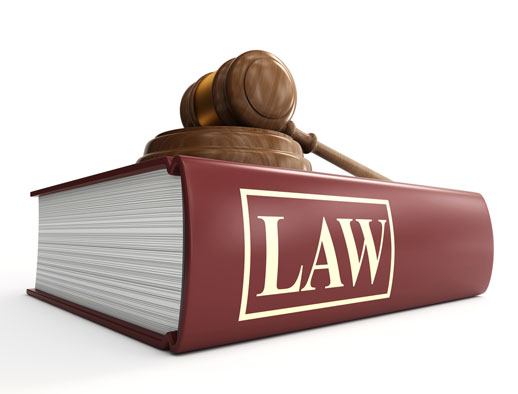 Students attending these law schools face considerable obstacles. Because the schools are not obligated to follow the national curriculum prescribed by the ABA, their courses of study may not be adequate for legal practice. Nor is there any consistent guarantee of quality. (Some states provide state supervision of unaccredited law schools, but most do not. California has its own state system of accreditation, but not all of the non-ABA-accredited schools in California have been state-accredited.) To keep costs low, unaccredited schools tend to rely more heavily on part-time instructors and may skimp on facilities and libraries. And since most students at such schools are there because they were unable to obtain admission to ABA-accredited schools, the learning environment may not be as fertile. Because of these educational handicaps, smaller proportions of graduates of unaccredited law schools pass the bar exam than graduates of ABA-accredited schools.

Unaccredited law schools qualify their graduates to take the bar exam only in the state in which they studied. It is virtually impossible for a graduate of such a school to establish a legal career in another state.

Still, if you don't get into an ABA-accredited school, where else can you go? Unlike young people interested in medical careers, you can't attend a foreign professional school. (Although North Carolina and a few other states treat graduates of certain Canadian, British, and Australian law schools like graduates of ABA-accredited law schools, the foreign schools are themselves highly selective.) An unaccredited school may offer you a chance at a legal career that would otherwise be unobtainable.

Moreover, unaccredited law schools are not without advantages. They are usually cheaper. Most recruit heavily among older nontraditional law students, conduct their classes in the evening, and may better accommodate themselves to the scheduling necessary to hold a full-time job while attending school. Being taught by local practitioners, their courses may better equip attentive and capable people to practice local law. Some argue that ABA-accredited schools overemphasize library law and claim that their own small classes and emphasis on clinical practice better prepare students for the real world.

If you consider an unaccredited school, make sure before you apply that you will be willing to spend the rest of your professional life in that state. Find out as much about the school itself as you can. (This may be difficult; except for Barron's Guide, the usual sources do not discuss unaccredited law schools.) Try to find out the attrition rate, the bar passage rate, and the turnover rate for faculty members. Ask about the kinds of jobs that graduates have been able to get. Be suspicious if the school is unable to provide lists of satisfied graduates in the local area, if it appears to be concealing statistics (like placement rates) that most law schools routinely make available, or if the bar passage rate is extremely low.

Some unaccredited schools are actively seeking ABA approval and advertise that they are gradually upgrading their standards to meet ABA requirements. If a school receives accreditation while you are a student, you will receive the benefits of attending an accredited law school at the cost of an unaccredited one. Some actually attain ABA-accredited status, most recently the District of Columbia Law School. But most of these successes are new schools which acquire ABA status fairly rapidly. It's best not to be too optimistic. Conversely, if an unaccredited law school folds while you are attending it, your credits cannot be transferred to another school. You'll just be out of luck.

In a sense, almost all law school admissions are conditional; they require you to complete your undergraduate work before you will be allowed to begin your legal studies. Some law schools occasionally offer admission with a more extensive set of conditions attached. In recent years, some foreign students have been admitted contingent on their ability to regularize their residency status.

More commonly, a few law schools make admission, or a reconsideration of a rejection, contingent on completing some specific work. Drake University, for example, has a summer program for students who were not admitted outright. Essentially, it involves registering for and taking law school classes during the summer session. If you do well, you've demonstrated that you are able to do law school work.

No summer program, to my knowledge, guarantees you admission to the degree-granting legal program. Instead, without making any commitments, the law school indicates its intent to admit the most successful candidates on a space-available basis. You can consider it to be the equivalent of earning a spot on the waiting list. Your fate will eventually depend as much on what previously admitted applicants decide to do as on your own satisfactory summer performance. But if you want to go to law school, it may be better than nothing.

Widener University Law School has a probationary admission program, under which it allows otherwise rejected applicants to register for law classes during the regular sessions on a space-available basis. Some other law schools, especially those with evening or part-time divisions, have similar programs. (Some law schools, while rejecting your application for their day programs, may offer to consider you for their evening divisions.) If you've been rejected from such a school, you can call and ask to be put on the list for a probationary enrollment. If you do well while on probationary status, the law school may admit you to regular degree-granting status. But again, it is under no obligation to do so.

If you make a good case that you are being harmed because of something that is not your fault, the law school may offer to reconsider your application. Although it doesn't happen often, law schools sometimes offer admission to previously rejected candidates. Alternatively, they may offer conditional admission or waiting-list status.

In most cases, however, an appeal does not result in a change of status. The admissions committee or dean may simply write back that your qualifications were not good enough. They may compare your numbers to the average numbers of the successful applicants. They may also provide a more detailed explanation.

I thought that LawCrossing was fairly straightforward and easy to use.
Benjamin

LawCrossing Fact #227: LawCrossing allows you to upload several versions of your resume and cover letter.