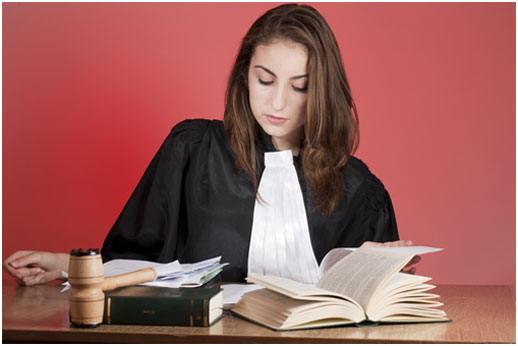 There’s no doubt about it: If law school isn’t already difficult enough, getting into a good law school can be absolutely grueling.


Most law schools begin admitting (and/or rejecting) potential law students in May and June. While being accepted or rejected by a law school will manufacture fairly straightforward emotions – happiness if you’re accepted, sadness if you are rejected – when law students are placed on wait lists, they become emotional wild cards.

Students describe their placement on law school wait lists “limbo” as is revealed in a recent U.S. News & World Report article When, How Law Schools Use Waitlists.

Given that, there are 3 things every new law student who finds they’ve been placed in this limbo should know about law school waiting lists.

While deadlines are important for prospective law students, deadlines don’t necessarily coincide with law students who are placed on wait lists.

Yes, the top 20 law schools tend to notify new students in mid-April to mid-May they’ve been accepted, but it is only then the schools immediately ascertain how many empty spots they still have to fill.

Once a law school’s deadline passes, that school will likely spend a few weeks re-evaluating their needs based on the students already committed to the school to the ones on the school’s waitlist. In other words, the April-May deadlines issue in the movement of students from the school’s waitlist into either the accepted or rejected categories.

Another point to know regarding waitlist movement is that all law schools – at least the topmost law schools are aware of each other and where they are within the timelines of their admissions processes.

In a sense, it’s like a road race for these schools in which each one watches the other to see who will sprint first toward their waitlist’s applicant pool.
So even though a school might have a mid-April deadline, its waitlist doesn't really move until other schools start cherry-picking its students.

If a law student believes law schools rank those within the school’s waitlist, they are only partially correct.

The waitlist selection process is not as straightforward for prospective students as they’d like to believe; it is wrong to assume that schools rank students on the waitlists from highest to lowest, whereas if a spot opens up, the highest-ranked student is admitted to the school. To go from the waitlist to “accepted” involves a combination of facets.

As has been reported by the BARBRI Group, 60% of admissions deans feel an applicant's LSAT score or undergraduate GPA is the most significant factor when deciding which applicant to admit from the waitlist.

The applicant’s letter of continued interest and intent to commit to the schools to which they applied also carries weight if they are offered admission.

Other factors can include students who do well in certain areas and not so well in other areas; better known by law schools as “splitters.”

An example of a splitter would be a student who has a respectable GPA but has not done so well on their LSAT.

At this juncture, law schools tend to accept one or the other student depending on the school’s inherent need, whether that be more law school hopefuls with high GPAs or other hopefuls who have high LSAT scores. This, however, is a difficult process particularly as the law school can’t really tell with splitters the type of student they will be getting.

Some schools are even known to tier their waitlists into a "preferred" vs. "regular" waitlist, but even there it's a crude division of hundreds of applicants into a few large groups.

Those familiar with law school waitlists equate the waitlist mining as more of chain reaction.

For example, if a student who already committed to one school gets an offer from a higher-ranked school, he or she may choose to forgo the deposit and commit to the new school, which can potentially open a spot for a student on a waitlist. The school will then make an offer to a candidate on that waitlist.

While May can be a cruel month, it is nonetheless beneficial for incoming law students to understand how waitlists work.

These students should be reminded to not become disheartened if they have not heard from the school of their choice.

Also remember that acceptance letters don’t go out and waitlists don’t become established until around mid-April, and then go into full swing around late May to June, followed by another strong movement in July.

It is good to know that even the very top law schools have been known to go all the way until July to admit applicants from their waitlist, so if you’re worried about getting into law school and it’s only May, you’re a bit premature with your concern.

At the same time while it is unfortunate that your law school destiny lies outside of your hands, there is nothing more you can do other than keeping your fingers crossed and holding out for the best that by July a law school will have opened its doors and waved you forward to come in.
( 471 votes, average: 4.7 out of 5)
What do you think about this article? Rate it using the stars above and let us know what you think in the comments below.