( 285 votes, average: 4.2 out of 5)
What do you think about this article? Rate it using the stars above and let us know what you think in the comments below.
Summary: Do you want to create a résumé that will wow any legal employer? Here are the top 5 tips that will ensure you do just that. 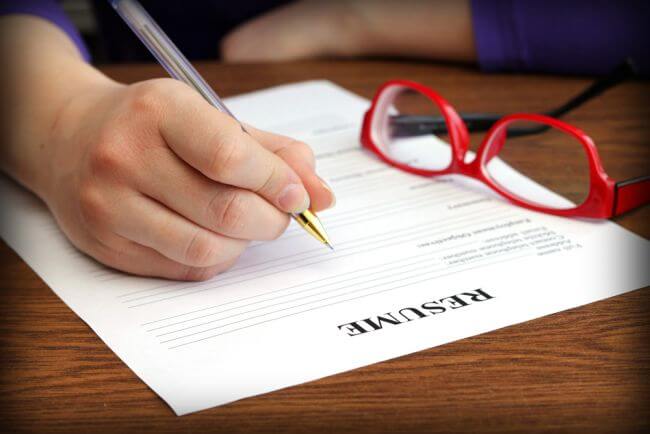 1. Your résumé must be an accurate and truthful reflection of your background and experience.

Puffing can only lead to trouble. Do not put yourself in a situation where you have overstated your experience on your résumé and then find that you are stumbling and fumbling, and probably mumbling, over it during your interview. For most people, however, the biggest pitfall is fear of puffing and, consequently, not making the most of their credentials. This can result in not getting in the door to the interview.

With all that in mind, as you put together your résumé, determine which of your credentials will resonate with an employer and then think ahead to your interview.

In addition, make certain that you can go into detail about each entry. I have conducted many mock interviews where candidates have looked like deer caught in the headlights when I asked them to describe more fully one of their entries, such as a legal issue they researched or an activity in which they engaged. Another area where candidates have visibly panicked is when they mentioned on their résumé an activity in which they had minimal involvement and they had nothing further to say.

Thus, interviewers have certain expectations about you based on your résumé, and it is your task to meet those expectations during the interview. You can do that only by putting together a well-thought-out résumé.

2. Before writing a word, you must have a context for your résumé.

I have counseled numerous individuals who have asked me whether we could put together a generic, one-size-fits-all résumé. This occurs when they are not sure of the direction of their career or they are exploring various types of opportunities. It is very difficult to construct a résumé that will appeal to a broad range of employers simply because each employer you will be targeting will not necessarily be seeking the same skills; this may be true even if you are looking for a position similar to the one you are currently holding.

Interestingly, after some thought, most people have some idea of the type of position they would like to obtain, or at least the skills they would like to use in their next career move. Once you know that, you can start to work on your résumé by listing the positions you have held and describing each one. If you already have descriptions, try not to look at them; you may have written them so long ago that you do not remember what you meant.

At this stage, I recommend using stream of consciousness. Write down everything you can remember about each position, regardless of how trivial it seems. If you repeat yourself, leave it alone for now. This draft is only for you. You should have much more than you would ever want to include in your résumé. In fact, you may have quite a mess to organize.

First, eliminate the repetition by analyzing all the different ways you have said the same thing and selecting the strongest elements from each one. Thus, one version may contain the most dynamic action verb and another may best describe the task you performed. The combination will result in an effective description.

Spend time choosing verbs that clearly and precisely reflect your abilities. Years ago, during a counseling session, I suggested that the individual eliminate an entry stating that she tabulated the results of a survey. It sounded as though she had simply counted responses to the survey, a ministerial task that would not enhance her résumé. She replied that she had analyzed the data and written an extensive report and, therefore, wanted to retain the entry to demonstrate those abilities. That information had not appeared anywhere on her résumé and "tabulated" did not convey it. As you might expect, we edited the entry to reflect her analytical and drafting skills.

4. Now that you have strong descriptions, the next step in building your résumé is to group together tasks or skills that relate to each other.

For example, litigators may break down their experience into groups such as motion practice, discovery and trial work. You can also form groups related to your areas of expertise, such as construction law, housing development and urban renewal. The structure will be determined by the types of positions you are seeking.

5. Your last step is to determine an appropriate order of relevance within each group of tasks.

The guiding principle here is known in journalism as the inverted pyramid. The information that will be most significant to an employer belongs first, followed by the next most important, until you reach the least important information at the end.

If the opening line of your job description is weak, employers are likely to skip over the rest of the entry or, perhaps, your entire résumé. It never pays to build to a strong finish. Employers spend approximately 15 seconds skimming a résumé and look to you for guidance as to what is important. If they do not see what they want on your résumé right away, they move on to the next one.

This method of résumé preparation can be applied when writing a traditional, reverse chronological résumé to be used for a job change within law or a functional, skills-based résumé for a transition to a different career path. The key in either instance is knowing your audience and then focusing on the credentials that will grab their attention.


Please see the following articles for more information about resumes:

LawCrossing has received tens of thousands of attorneys jobs and has been the leading legal job board in the United States for almost two decades. LawCrossing helps attorneys dramatically improve their careers by locating every legal job opening in the market. Unlike other job sites, LawCrossing consolidates every job in the legal market and posts jobs regardless of whether or not an employer is paying. LawCrossing takes your legal career seriously and understands the legal profession. For more information, please visit www.LawCrossing.com.
( 285 votes, average: 4.2 out of 5)
What do you think about this article? Rate it using the stars above and let us know what you think in the comments below.

What is the Best Way to Get My Attorney Resume and Cover Letter Noticed by Law Firms?

How "Out" Should I Be on My Attorney Resume?

What Should I Put on My Attorney Resume?

What is the Best Way to Get My Attorney Resume and Cover Letter Noticed by Law Firms?

How "Out" Should I Be on My Attorney Resume?

What Should I Put on My Attorney Resume?