Sending a Transaction Sheet with Your Attorney Resume

Emily Sanderson
( 489 votes, average: 4.7 out of 5)
What do you think about this article? Rate it using the stars above and let us know what you think in the comments below.
Including a representative transaction sheet as an addendum to your attorney resume allows you to provide more detail about the legal transactions you have conducted throughout your career. Usually one or two pages, the sheet lists transactions in bulleted prose and groups them by law category under headings with category names. 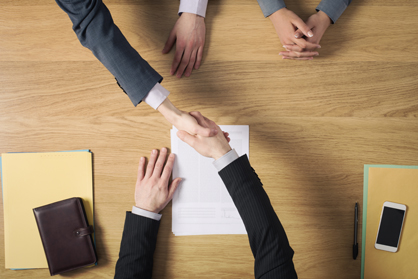 Place the categories of law at the top that you would most like to emphasize; chronology doesn't matter here because dates are not mentioned. However, transaction sheets provide the proper forum for displaying the dollar figures of deals you have worked on.

Not all transaction-sheet bullets need to include dollar figures. Often in cases such as torts that are frequently settled out of court, the dollar figures are confidential, so you are not at liberty to reveal such information. Attorneys in such situations can still use transaction sheets to describe cases they have argued, where they can highlight
unique and significant benchmarks in their careers.

Transaction sheets are becoming more common, particularly among mid- to senior-level attorneys who have enough work history to fill up at least a page of transactions. Their accompanying resumes are constructed with more general information about their work histories, and their transaction sheets and cover letters provide the details.

In addition to accompanying resumes, transaction sheets are also used as marketing materials for attracting potential clients. Websites of large firms often list representative transactions that their partners have conducted.

"It's often a good idea to write a transaction or deal sheet list," says Jessica Shevitz of Alan Roberts & Associates. "This conveys specifics to those who need to know. It is important to recruiters and potential employers to see that you are aware of the world around you and not just 'filing, drafting, preparing documents.' The fact that you were drafting a memo for Client Company ABC means a lot more."

The following is an example of a transaction sheet of an early- to mid-career attorney.

( 489 votes, average: 4.7 out of 5)
What do you think about this article? Rate it using the stars above and let us know what you think in the comments below.

Travis W. Vance - From One Court to Another Court

Travis W. Vance - From One Court to Another Court