Law Offices of Fred Thiagarajah
< Back To All Articles

Share
Tweet
Linkedin
615 Views
( 80 votes, average: 5 out of 5)
What do you think about this article? Rate it using the stars above and let us know what you think in the comments below.
Personal Life 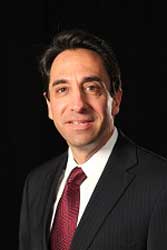 Jeffery F. Rosen received his B.A. degree from UCLA, where he studied philosophy. He earned his J.D. degree from UC Berkeley School of Law. After law school, Rosen worked for well-known law firms in Washington, D.C. and Los Angeles.


The successful attorney got a chance to administer the biggest prosecutors office north of L.A. This unique District Attorney's Office had 182 deputy district attorneys and 530 staff members. What was so impressive about this District Attorney's Office was that they prosecuted 40,000 cases every ear. The office serves 1.8 million people. The office is known for its state of the art Crime Laboratory.

By 1995, Rosen was employed by the Santa Clara County District Attorney's Office. Throughout his career, Rosen earned a reputation for prosecuting complicated cases. Some of these cases included murder, rape, child molestation, gang violence, drug trafficking, robbery, and burglary. Before becoming the District Attorney, the prosecutor was able to receive life sentences for the individuals who killed Los Gatos bar owner Mark Achilli.

Rosen is married to a federal prosecutor, and they have two beautiful daughters. When Rosen isn't in the courtroom, he enjoys reading and rooting for the Green Bay Packers. He also loves to watch his daughters play soccer, gymnastics, and ice skate.

Rosen has been featured in the news recently for contemplating filing perjury charges against Rev. Jerold Lindner. The D.A. had the chance to charge the priest with perjury charges after the prosecutors lost an assault case, in which Lindner was the target. According to the MercuryNews.com article, “Santa Clara County prosecutors decline to file perjury charges against former priest in Will Lynch case,” Lindner was beat up by Will Lynch. Lynch, who attacked the priest at the Sacred Heart Jesuit Center, was angry because Lindner never served time for sexually abusing him or his four-year-old brother during the 1970's.

KTVU.com's article, “District attorney decides against perjury charges for priest,” reported that Lynch told the jury that Lindner sexually molested him, when he was seven-years-old, and made him and his little brother engage in sexual activity with the priest. Once the jury heard Lynch's compelling testimony, the jury found Lynch not guilty of felony assault charges. Prosecutors eventually dropped the misdemeanor charges against Lynch.

During trial, Lindner stated he did not sexually assault Lynch. Even though Rosen believes Lindner lied to the jury, the D.A. declined to file perjury charges. According to KTVU.com, the D.A.'s office shared with the public a four-page report why they refused to file perjury charges against Lindner. The report claimed that perjury was “a highly technical criminal offense that requires several elements to be proved.” The report also revealed “that the alleged sexual molestation was not relevant to the ... felony assaults other than providing motive. So, to turn around in a perjury case and argue to the contrary -- that the former priest's testimony about these events was so central that it would probably have affected the verdict -- would be inconsistent and constitute questionable prosecutorial conduct.”

Rosen cannot charge the priest with sexual molestation because the Lynch brothers reported the crime after the statute of limitations had expired. The Mercury News quoted the District Attorney when he said, “Just as the law prevents me from prosecuting him for molestation, it prevents me from filing perjury charges.” Rosen added, “It's frustrating.”

The D.A. was immediately criticized for his decision not to file charges against Lindner. Protesters, who claimed they were molested by the priest, made their voices heard and an attorney named Pat Harris arrived from Los Angeles to discuss the matter with Rosen. Harris, who represents Lynch, told Mercury News, “He's just 100 percent wrong.” The attorney disagreed with Rosen for not pursuing molestation charges. Harris continued to say, “They just want to wash their hands of the whole thing.”

Harris told the Mercury News “They are the ones who made Will's motive part of the case.” The attorney was talking about the Santa Clara County District Attorney's Office. Lynch's attorney stated, “To now say what happened more than three decades ago is not material is incredibly hypocritical.”

Harris wasn't finished criticizing Rosen. He ripped into the District Attorney's Office when he said they lost a case and relied on legal analysis, which was poorer than a first-year law student's legal analysis.

Lynch's criticism wasn't as harsh as Harris, but he did say he was dissatisfied. However, Lynch believes Rosen will make a great effort to get rid of California's statute of limitations on child sexual assault offenses. KTVU.com noted that the Catholic Church settled with the Lynch brothers over the molestation accusations in 1988. The Lynch brother's received over $600,000.

Harris told the Mercury News, “The one positive thing to come out of this is that the DA's office has Will Lynch -- the single best person in California to push for getting rid of the limitations.”

Child molestation cases are one of the most heinous crimes committed by adults. It's been over 30 years since Lindner sexually molested Lynch and his brother, but Lynch has not forgot about the abuse that has forever changed his life. He's making an effort to change California's statute of limitations on child sexual assault offenses by running a fundraiser in Los Altos, California.

Rosen has received considerable amount of scrutiny over handling the Lindner case, but the D.A. emphasized to the Mercury News, “I know what public opinion is on this case, and if I wanted to score points, I would file the perjury case. But people elected me to do what was right, not what I thought was popular.”

The number of genuine current job openings are very huge and that too, jobs can be searched by specific location criteria
Gregory

LawCrossing Fact #53: Users stand out when they subscribe to LawCrossing because LawCrossing is an exclusive job board; subscribers have a huge edge when it comes to finding a job.