United States District Court Information
< Back To All Articles

How Will the Legalization of Marijuana Effect the Legal Industry?

Share
Tweet
Linkedin
326 Views
( 43 votes, average: 4.9 out of 5)
What do you think about this article? Rate it using the stars above and let us know what you think in the comments below.
Summary: The legalization of marijuana has affected the political and social climate of the U.S. Read about how it has affected the law. 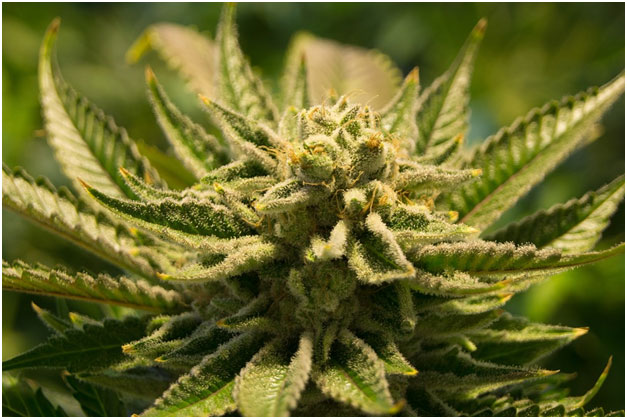 Some may not be aware that marijuana was first legalized medicinally in California in 1996. A good 22 years later, many other states have followed suit. Although the legalization of marijuana has become increasingly normalized, there are still mixed opinions about it. The topic is often debated and discussed, and there is no doubt this has altered the social and economic climates in the U.S. But what is the effect marijuana has on the law?


A Brief History of Marijuana

Historically, marijuana was used by ancient cultures for its healing properties. Records show that it wasn’t recreationally used until about 800 AD throughout parts of the Middle East and Asia. In the United States, marijuana was not widely used recreationally until the early 1900s, though there are some records of its use before that time.

Marijuana was first introduced in the states by Mexican immigrants during the Mexican Revolution. Because of the social conditions at the time, Americans had a Prohibition-type view of all intoxicants, including marijuana, which resulted in its outlawing in 29 states by 1931. But it wasn’t until 1937 that the Marijuana Tax Act became law, which initiated marijuana’s criminalization nationwide.

The Controlled Substances Act of 1970 dealt another blow to marijuana. President Richard Nixon signed this into law, repealing the previous Marijuana Tax Act, which listed marijuana as a Schedule I drug, and subsequently placed it in the same category as heroin, LSD, and ecstasy.

In 1972, the Shafer Commission released a report that recommended marijuana not be scheduled in the Controlled Substances Act and recommended lower penalties for possession of marijuana and “partial prohibition” of the substance be applied. However, these efforts were denied.

As a consequence, it would be 24 years later before marijuana legislature passed and the drug was legalized again.

The Legalization of Marijuana

The results of legalized marijuana vary in each of these states. For some, there has been a noticeable uptick in their economies, while other states have experienced an increase in crime.

Regardless of the consequences of legalizing pot from one state to another, those consequences have led and continue to lead to a need for legal intervention.

Without a doubt, this legal intervention has created new opportunities for attorneys and law firms that previously did not exist. Uncharted waters, yes, this is what these legal institutions are experiencing. And the fluidity of the legal process within these states, as well as with the federal government, are hurdles that almost require a “learn as you go” attitude about the marijuana practice area.

What does the legalization of marijuana mean for law and law firms?

The renaissance of marijuana as a now-legal drug for medicinal and recreational use has opened up a new area of specialty for lawyers who are now defined as “marijuana attorneys.”

These attorneys make up a focused team within law firms that concentrate on clients who possess some connection with legal cannabis.

That’s a far cry from the bad days of weed in which attorneys only connection to the substance may have been to prosecute a person in possession of it. Today’s marijuana attorneys are now asked to protect business owners and individuals alike with their pot-related endeavors. That “new” attorney representation can include individuals who seek to establish dispensaries to those busted for marijuana infractions such as weed-influenced DUIs.

Because the legalization of marijuana over the past several years has occurred at a rapid pace, laws regarding marijuana are constantly changing and the number of “ganjapreneurs” (marijuana business owners) is increasing by the masses.

While some law firms like Rogoway Law Group focus strictly on cannabis-related clientele, other law firms such as Harris Bricken maintain a diversity of industries they cater to, cannabis just being one of them.

Secondly, how does one choose a marijuana law firm to represent them?

Canna Law Blog, a blog run by Canna Law Group, offers many articles with advice to those considering or already in the marijuana industry, and one of their articles had some tips to offer:

Despite the fact that marijuana is being decriminalized or even completely legalized in a wide number of states, it is still illegal on a federal level. Therefore, as mentioned before, it is crucial for attorneys and law firms that consider delving into this new specialization to thoroughly understand the implications of their involvement within this emerging practice area. Having a solid background in business law, amongst many other factors are essential.

To be a successful marijuana attorney, one must possess these qualities:

The stakes are high for attorneys to meet the qualities mentioned above not only for success, but because the legitimacy of marijuana continues as a legal gray zone. If an attorney is not knowledgeable and cautious, a mistake on their part could mean a whole host of prosecution worthy offenses, which can include conspiracy, money laundering, and aiding drug dealers. Not only can attorneys in this practice field face legal misconduct, they can face disbarment as well, which can permanently end their career.

At this point, it is clear that the decriminalization and legalization of marijuana has effected an attorney’s disposition towards the substance. On one hand, the business has grown so fast that in 2015, a National Cannabis Bar Association was formed—which accumulated 300 members in the U.S. and Canada by 2017—a matter of two years.

The best feature of the site according to me are the job alerts.
Renee