Share
Tweet
Linkedin
688 Views
What do you think about this article? Rate it using the stars above and let us know what you think in the comments below. 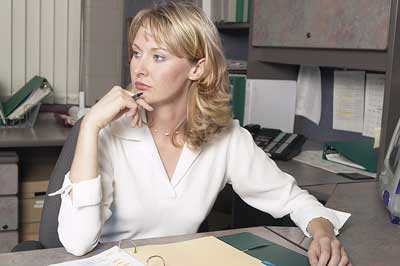 According to the Center for Legal Studies in Golden, Colorado, the paralegal profession was ranked as one of the top growth professions for 1999 and into the current millennium because of the rise of lawsuits and the increased complexity of the laws. Paralegal salaries vary greatly by location and specialty. Salary data is outdated as soon as it appears in print, but the following statistics are included here to give you a ballpark figure for salary ranges. NFPA conducts a compensation and benefits survey every two years. Its 1999 survey revealed an average salary of $38,085 (compared to an average salary of $29,607 in 1991). To order a copy of NFPA's most recent survey, go to www.paralegals.org/Publications; to read an executive summary of the most recent salary survey, go to www.paralegals.org, click on "What's New" and then on the most recent "Compensation and Benefits Report"; or call NFPA at (816) 941-4000.


A 1998 National Compensation Survey conducted by the Legal Assistant Management Association (LAMA) of Atlanta, Georgia, represented a cross section of legal assistants in terms of responsibility and background. Nearly half of the respondents, however, worked in firms of more than 200 lawyers. The survey revealed the following:


The following details are taken from the LAMA survey and represent average base salaries in relationship to location, billable hours, and specialization.

The U.S. Department of Labor found 113,000 paralegals working in the U.S. in 1996. The U.S. Bureau of Labor Statistics predicts 74,000 paralegal job openings in the next eight years and an average salary of $45,000 by 2005. The 58 percent projected growth rate through 2005 for paralegals places them among the twenty fastest-growing occupations of the more than 500 studied. Despite this rosy picture, however, the caveat is that the competition for these new jobs will remain keen as the number of people pursuing paralegal positions keeps pace with the increasing availability of jobs.

At this point, the majority of paralegals (about 87 percent) work for private law firms or in-house corporate law offices with the number of paralegals in corporate environments increasing. In fact, corporate legal departments are hiring paralegals at a faster rate than law firms, and in the next few years may be hiring more paralegals than lawyers because of the cost-effectiveness of paralegals and because of the desire to maintain more in-house control of legal work. While private law firms will probably continue to be the largest employers of paralegals, other organizations, such as insurance companies, banks and real estate and title insurance firms, will also be hiring. One of the changes fueling the job growth for paralegals is that more work is being done with computerization and access to the Internet - the kinds of tasks at which paralegals excel.

It appears that, in the future, paralegals will be required more and more to specialize. Although the law is by nature cyclical (based largely on changes in the economy), the areas that are "hot" today are real estate, environmental law, probate and estate work, intellectual property law, corporate law, and employee benefits. You can see by the following examples of how difficult it can sometimes be for paralegals to advance in the firms they work in.

"Don't Underestimate the Value of Your Life Experiences."

"Your point is well taken," responded Martha graciously. "I was so busy feeling sorry for myself I forgot how important all these documents can be. I just get so tired of doing all this copying day in and day out. I've been here for almost six months and I'm still doing grunt work. I'm beginning to wonder if I'm ever going to be given an opportunity to advance to something a little more challenging."

"I hear you," chuckled Andrew. "I went through the same thing when I first started here. Maybe they do it intentionally just to test us."

"Well, this job for Ms. Copple may just push me over the edge," Martha laughed.

"If you'd like to talk about how to move ahead in this firm, I'd be glad to give you some pointers." Andrew had been with the firm for five years and was highly respected by all of the attorneys with whom he had worked. Martha had had little contact with him because they worked in different departments, but she was well aware of Andrew's reputation. She jumped at the chance to get some advice.

"That would be great. Just let me know when would be a good time for you."

"How about a late lunch today - around 1:00?" suggested Andrew pleasantly.

"You bet - my treat!" exclaimed Martha.

"All right, I'll drop by your office at 1:00." Andrew began to walk away and then turned back. "I almost forgot why I came by to see you. I'm supposed to do a little bio on you for our local paralegal association newsletter. We like to introduce our new members to the rest of the membership. Could you type up a brief summary of your work experiences, educational background, professional accomplishments, and personal interests and get it to me by the first of next week?"

"Sure. But this is only my second real paralegal job so I don't have a lot to say," confessed Martha.

"You're a mother, aren't you?" challenged Andrew. "I'd say that's a 'real' job. Don't underestimate the value of your life experiences. They're probably what helped you get hired here. Just because you started a family before you started a career doesn't mean we value your experiences any less. Be proud of what you've accomplished as a wife, mother, and community member."

"Boy, I should have had you as my agent. But I get your point. Thanks for the pep talk," acknowledged Martha appreciatively.

LawCrossing is a very good site and the most feasible at that.
Page

LawCrossing Fact #204: Our “Advanced Search” feature allows you to tailor your search parameters so that the results are only positions for which you would be interested in applying.