Teresa Lo
( 268 votes, average: 4.7 out of 5)
What do you think about this article? Rate it using the stars above and let us know what you think in the comments below.
Summary: Law school can cost five to six figures along with three brutal years of your life. So what assures you that you’ll be picked up by a Big Law firm. 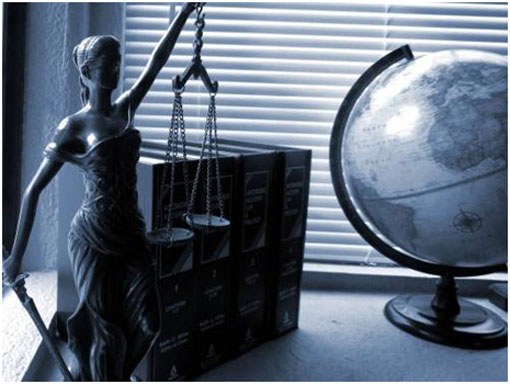 With law schools costing five to six-figures, it is no wonder that so many students want the brass ring—a high-paying Big Law job with a starting salary of $180,000. But how many law graduates actually end up in those jobs? And what law schools did they graduate from?

According to Vault, there were 15,673 Big Law associates who participated in their 2016 survey, and from the respondents’ answers, they were able to determine the top 10 feeder schools into law firms that had 150 attorneys or more.

Vault stated that they composed two lists. One was based purely on the number of graduates who joined Big Law firms, and the second compared the size of the school compared to how many of its graduates worked in large law firms. From their analysis, they discovered that Columbia University in New York sent the most graduates to Big Law Firms, which was a large portion of the number of those matriculated, 1165.

“Let’s factor in the size of the law school class to see if there are some lower ranked schools punching above their weight,” Vault wrote. “The matriculation data comes from the ABA’s 2016 law school data and represents full-time students only. We used the matriculation numbers to calculate an expected number of BigLaw associates by school size only.  We then compared that to the actual number of BigLaw associates to find out by how much each school was over- or under-represented in BigLaw.”

“It turns out that Columbia is still the tops at sending its students into BigLaw jobs, though after that the schools change a bit,” Vault continued. “Giant schools Georgetown and George Washington drop out of the top 10, replaced by relatively-small Northwestern and Stanford. Perhaps the most interesting school on both these lists is Fordham. The NYC law school is ranked only 37th by U.S. News & World Report, but is one of the biggest feeders into BigLaw no matter how you slice the data. And looking beyond the top ten, there are some surprising schools. Catholic University is ranked 103rd by U.S. News, but is the 26th best school for BigLaw jobs. Brooklyn Law performs similarly well, ranking 97th by U.S. News but 32nd in our list.”

How much does the law school you went to matter?

In the long term, a law degree is what you make of it. No matter where you graduated, your success depends on a variety of factors, including your location, your clientele, your practice, and your reputation. However, where you go to law school can affect your job prospects immediately after graduation.

“The law school you went to matters – but it does not matter forever,” Harrison Barnes of BCG Attorney Search, a leading legal recruitment firm, said. “The law school is simply a way to distinguish you from the tens of thousands of people graduating from law school each year. After that, no one cares for the most part.”

Barnes said that when applying for your first job law firms look at what school you went to as an indicator of your level. For instance, if you’re a Harvard grad you’re more likely to have top grades and stellar LSAT scores than someone from a low-tier university. Big Law firms also tend to look at schools where they have relationships to find first-year associates, and schools located in metropolitan areas with a high concentration of law firms such as Washington, D.C. or New York tend to serve as Big Law feeders.

After a few years in the workforce, though, Barnes said where you go to school matters less.

“I talk to attorneys on a daily basis that expects law firms to open up to them because they attended Yale, Stanford, or some other great law school. NO ONE CARES!” Barnes wrote. “Just because you went to a good law school does not mean you are going to fit into the law firm, do the work, stay around, contribute more than you take and be fun to work with. Work ethic, commitment and other factors are far more important than other factors that you may think are important.”

What are law firms looking for when hiring first-year associates?
Law firms want to hire associates with strong work ethic, good attitudes, and practical skills. They look at grades and schools as an indicator of work ethic with the logic that if one thrived in school they most likely work hard and get along with their peers and professors.

Big law firms tend to hire mostly from top-tier schools because they can afford to pick the best of the best, and in their minds, the elite schools have already weeded out the students with the best grades and LSAT scores. For people who did not go to an elite school, however, all hope is not lost. In 2013, University of Dayton School of Law researchers published results from a survey that found law firms value “softer skills” such as collegiality and a sense of individual responsibility when looking for first-year associates. Thus, if an ambitious graduate from a lower-ranked school wanted to break into Big Law, they could still have a chance. Some ways to break in include attending networking events or meeting with attorneys you admire for an informational session.

What law schools feed the most students into Big Law firms?

There are numerous Best Of Law School rankings out on the market, but if you’re seeking a Big Law position, then those lists may not give you the full picture. For instance, Yale Law is often named the best law school in the country, but its graduates notoriously do not pursue big law careers. Instead, many end up in academia or in high-profile clerkships. Another example is Fordham University. The New York City-based school was listed as the 61st best law school in the country by U.S. News, but it’s one of the top ten places where Big Law firms recruit first year associates.

“We have found that Fordham Law graduates have performed at the highest level, in terms of their talent, their commitment, and their client service ethic, and we look forward to continuing to attract the best and brightest from Fordham in the coming years,” said Karp.

For students who seek the brass ring of Big Law, Vault has listed the following law schools as the best feeders for Big Law firms.

Law schools with the most Big Law associates

The ranking above reflects the amount of graduates in Big Law positions, and Vault acknowledged that the numbers could be skewed in favor of schools with larger classes. Because of this, Vault also looked at the number of matriculated students and the number of those who ended up in Big Law. From there, they came up with the following ranking, which differed slightly from the list above:

Law schools that outperformed their representation in BigLaw

What law schools lead to the highest pay long-term?

“We analyzed more than 60,000 student loan refinancing applications submitted to us from January 2014 to December 2016 to formulate SoFi’s Return on Education (ROED) Law School Rankings,” Sofi stated. “After taking a long, hard look at the average salary and student debt load of law school graduates three years out of school, we compiled objective data that can’t be found anywhere else—verified income and debt, not just reported figures. The result: Rankings of how the top (and bottom) JD programs stack up when it comes to how your financial future will fare.”

Sofi’s list had many of the schools on Vault’s list of Big Law feeders such as Columbia, New York University, the University of Chicago, and Harvard. Their findings correlated with Vault’s report that location is one major factor when it comes to salary.

“Graduates of the top three schools on our Highest Salaries list—Columbia University, Cornell University, and New York University—can earn starting salaries above $175K, just one or two raises away from the Bureau of Labor Statistics’ best-paid lawyer salary of $187,200. Those top schools all have New York state addresses, reinforcing the notion that location matters when it comes to earning potential,” Sofi wrote.

It is worth noting that high salaries may also come with high student loan debt. Because of this, Sofi has also released a list of schools with the best salary-to-debt ratios. This list has schools such as Brigham Young University where graduates may have an average salary less than the twenty schools listed above but whose students also graduate with a smaller financial burden.

Law firms typically hire associates from a select few law schools, so if you are interested in pursuing that route, you should look into what schools the law firm you’re interested in typically recruits from. If you are already a student and do not go to one of those schools, you can always try networking to get your foot into the door.

When it comes to being hired by a Big Law firm, remember. Your school’s location is just as important as its ranking. However, with time, it doesn’t matter what school you attended when it comes to the financial success of your career. That will depend on your work ethic and the reputation you build in the industry.

( 268 votes, average: 4.7 out of 5)
What do you think about this article? Rate it using the stars above and let us know what you think in the comments below.