Noelle Price
( 263 votes, average: 4 out of 5)
What do you think about this article? Rate it using the stars above and let us know what you think in the comments below.
Summary: In a legal job market that has been tremendously weakened, it is essential to know which law schools provide the best opportunities for earning a good living. 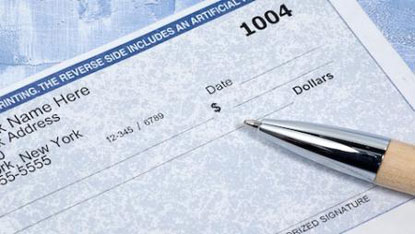 Forbes recently published an article that analyzes the salaries of law school graduates. However, the authors soon realized that their numbers were grossly inaccurate. In fact, an article Forbes published in 2013 was also found to contain incorrect information.

The article explains that the authors used Payscale, a website that provided pay information from various companies, law firms, state and local government offices, and nonprofit organizations. Payscale has paying clients that use the information Payscale provides to determine proper compensation levels. It gathers information from those who visit the site in search of salary information. Although some data on the site is free to access, the detailed reports require users to provide information on their own employers and compensation.

Payscale has 40 million salary reports, which is why Forbes used it for other articles. For the law school article, data was used from 29,800 reports.

Law schools are becoming more and more transparent about their numbers. They collect their own data, which is much more extensive than that collected by Payscale. Some law schools, including Columbia and Harvard, obtain responses from around 90% of their grads, which increases the validity of their numbers. Other schools, however, hear back from around a third. Such schools included the University of San Diego and the University of San Francisco.

To make sure the new numbers were accurate, the author consulted Kyle McEntee, the executive director of Law School Transparency. Law School Transparency is a nonprofit that manages a website full of information about law schools, such as salary information and response rates. The nonprofit was created when McEntee and co-founder Patrick Lynch realized how secretive schools were about their employment numbers.

Many fraud suits have also been filed by law school graduates who argue that their schools misrepresented the nature of their employment numbers. Some of these schools allegedly included part-time jobs and low-paying jobs in their employment data. Schools that misrepresent data may suffer a loss of their accreditation.

However, Payscale's data is flawed. Payscale provides the median salaries for graduates who just finished school, along with those who graduated in each class for the past five years. Law schools, in contrast, gather data on employment nine months out from graduation.

At major firms like Cravath, Swaine & Moore, first-year compensation is around $160,000. Most associates at firms like this see their salaries increase each year, and receive bonuses as well. Therefore, these attorneys have no need to go onto Payscale and provide their salary information.

Payscale also said that its sample sizes were small for certain schools. For example, only 127 salary reports over a course of five years for NYU were used to provide data. However, NYU's self-reported data depends on reports from 504 of 537 graduates, or 94% of its former students.

With the new numbers, Forbes recreated its list of the schools that produce graduates with the highest paying salaries, based on the percentage of students that reported data. They are: