Stories of Attorneys Literally Working Themselves to Death: Is These Such a Thing as Work-Life Balance for Attorneys?

Share
Tweet
Linkedin
1750 Views
( 178 votes, average: 4.5 out of 5)
What do you think about this article? Rate it using the stars above and let us know what you think in the comments below.
Summary: Don't let the practice of law take your life. Learn what karoshi means and how you can avoid it. 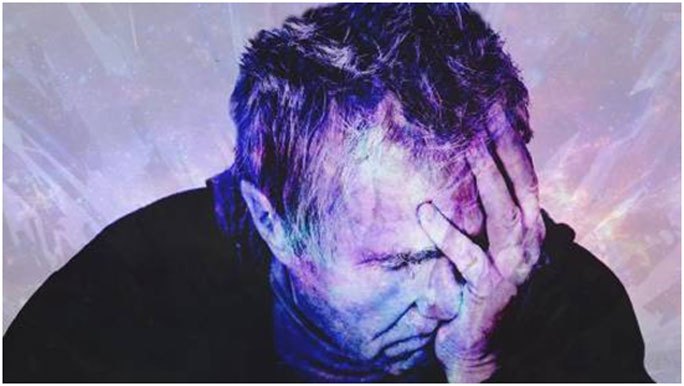 In 2011, Redondo Beach native and attorney, Lisa Marie Johnstone passed away from a heart attack. She was 32 years old.

In a sense, Lisa worked herself to death. Her colleagues recount distressing signs that Lisa was falling into the abyss of being overworked; she was experiencing hair loss as well as taking “stimulants” to help her stay on the case she worked on, let alone stay awake.

Of course, the news was alarming, and not just to Skadden employees, but throughout law firms nationwide. It was not the first time an associate worked him or herself into an extremely dangerous, if not morbidly dire situation. Lisa’s death had some associates in hers and other law firms questioning the worth of their work versus their life. Other associates, well, they just kept on working.

Karoshi at its source

Unrelated to Lisa, or even to law, yet nonetheless relevant is the untimely death of Miwa Sado, a Japanese public broadcaster who died of a heart attack at 31 years of age. This occurred soon after investigators found Miwa had worked 159 hours of overtime one month before her death.

Granted, the work habits of the Japanese are, if not insane, regarded in the very least as epic. In a country where the work week is usually six days long, illness or death due to overwork is not uncommon. Yet, as Japan is renowned for its “salaryman culture,” other than two grieving parents, (or potentially not – all Japanese take their work extremely seriously – so some parents might painfully accept the fate of their children, if similar to Miwa’s, as honorable) death by work is construed as a lofty principle any common man, and sometimes woman can and in nearly all cases, achieve. They simply have to first hand over their heart and soul to their job.

Portions of Japan’s workforce are however fighting back. Steps have been taken to try to mitigate karoshi, which translates to death by overwork. However, like trying to U-turn a cargo freighter, Japan is slow to adapt to new policies which protect workers from literally dying on the job.

The American law firm associate: our form of karoshi victim

In the United States, we have labor laws. In some professions, we have unions which in most cases, further protect workers from unfair labor. However, this is not the case with law firms. Law firms, in a very strong sense, have no labor laws.

That means as an associate, you are at the mercy of your immediate supervisor, which in most cases means a law firm partner.

While it is not entirely true that all law firm partners are akin to slave drivers who sit back and chill as his or her legal underlings – the associates in this case – bust their ass to advance a case. However, hard-nosed iron-fisted partners that ruthlessly demand work from their associates are not in the least anomalies.

A partner’s demands can be far beyond the realm of reality, or at least seem that way when you are awakened at half-past-midnight to be given an additional task to a preexisting assignment.

That, of course, is providing you got to sleep at all.

However, reality creeps in, just as it does with the salaryman worker in Japan. First of all, as an associate, you are:

The conundrum, however, is you have no choice. This is the law firm system. It’s the way the entity is built.

Of course, neither you nor your Japanese counterparts need a translator to understand the dark circles and pasty skin that make up your faces. They are in the same boat as you – a cultural boat at that. For instance, in Japan the average salaryman has experienced:

In Japan, just as is the case in American law firms, the salaryman finds him or herself in a losing situation. Workers who suggest they are putting in too many hours know they dare not speak up about it. Such a complaint can put a salaryman’s job in jeopardy, which will be a death sentence many times worse than having to suffer through a life time’s worth of mandatory overtime.

Consequences befallen to the Karoshi Masters

You do not hear much about it, but Japan has been quietly restructuring their workforce. Why? Because of the kids, or rather a lack of kids since everyone is working all the time. After their work, they are too exhausted, drunk, stoned, or all three combined to have children due to the pressures of their jobs.

Has it worked? Few know, let alone will openly say yes or no.

To be fair, being a lawyer is not a game. The nice two-story suburban house, the gleaming four-door sedan, the groomed kids, done so because their private school demands it, all the way to the quaffed spouse and pampered pooch are indicative in most attorneys’ lives of extremely hard work, not fleeting luck.

However, this pot of gold made up of a nice house, sharp car and handsome family is becoming far and few between in the daily rigors of an attorney’s life. For the fact is, some of these lawyers work so hard and under the duress of such long hours, that they cannot even make time for themselves.

While Japan openly sees how their salaryman culture is putting the future of the Japanese population at risk, the same scrutiny that the Land of the Rising Sun puts to itself is virtually unfound within the corporate American law firm.

As the Japanese society and the modern American law firm hold responsibility for the near-pandemic karoshi outcome of it lesser-ranked employees, only the Japanese are willing to revamp this punishing way of working, all of this contingent on the fact Japan will still have a population after the majority of men and women drop dead from work.

On the polar opposite of the work-life-karoshi spectrum are law firms, which don’t seem to care much if one of their associates works to a frazzle. As we have all seen, law firms, for the most part, do not operate in any tense but the present tense. What’s happened in the past remains in the past as far as law firms are concerned, while the future can remain as someone else’s worry.

Law firms are about the present tense. They want their billable hours now, not tomorrow. Law firms and their various partners and high-level associates understand there’s no better time than right now to build up their billing and from there, take in enormous sums of client-provided revenue.

So with that, an American law firm is successful, at least for now.

End of the line

While American law firms feel they are safe, financially and legally against karoshi, karoshi as a practice may not play well with upcoming lawyers who are forced into long hard days, seated behind a desk. This is especially true among young associates, particularly those who have just graduated from law school and self-identify as part of the Millennials generation.

In short, they are different, these Millennial attorneys. Sure, hard-bitten old senior associates and partners may think of these young attorneys as fragile and weak when compared to their tough-skinned older legal counterparts. However, on the flipside of that, Millennials as a work culture are not afraid to leave their current job, go to a different law firm, or quit law altogether to have a fairer work-life balance.

Moreover, as senior partners in law firms shrug their shoulders and sigh over the last associate they have broken, that may indeed be the last if a worldly Millennial, fresh out of law school, catches wind of the way associates are treated within this particular law firm.

To be honest, Millennials more than likely have the power to bring down law firms, particularly if they are Millennial lawyers.  A few written words here, and a few written words there on this or that website or social forum, and before a partner knows it, his firm’s in deep shit for overworking its associates to karoshi-like levels.

Younger associates leave while other associates balk at taking their places within the firm. With fewer lawyers, less billable hours charged as the legal needs of existing clients are not properly serviced. So they begin to leave, while new clients cease to exist.

Will this stop the practice of karoshi among associates within Big Law firms?

Nope! Not in the least.

Why fighting back within some law firms is useless

The law firm culture is set in stone for quite a long time. It is an iron-fisted, strongly resistant culture onto which new ideas have to be forced with just as much force as the law firm itself emits.

And while it’s fine and good that one or two pioneering lawyers may take up a demonstrative and loud Howard Beale-like stance on being mad as hell and not take it anymore, there will always be one or more sucker associates out there who’ll bend and break for a firm, making his or her colleagues look bad in the process if they don’t do the same, and in that take everyone down the rabbit hole of a self-destructive law practice.

What can this one day mean is hard to decipher. Law firms, though slow, aren’t exactly stagnant. They can and do change, albeit slowly, and as the work-life balance is becoming a key argument within the corporate and legal sectors, in some places such a notion has begun to take root.

However, that notion is reserved for the firms which are willing to change their karoshi-type lifestyles. Those firms that are not willing change may pay the dearest part of anyone as an increasing number of bright young attorneys refute these types of law practices in favor of more humane legal employment.

I was happy to see such a huge data base of of legal jobs with LawCrossing. Plus, the site has an authentic job listing.
Gregory

LawCrossing Fact #136: Our researchers spend thousands of hours per week searching more than 250,000 employer websites, newspapers, and job boards so you do not have to.