Should I Marry a Lawyer?

David Dorion
What do you think about this article? Rate it using the stars above and let us know what you think in the comments below.
Summary: Is it worth dating and marrying a lawyer? Find out what common relationship problems lawyers have in this in-depth article. 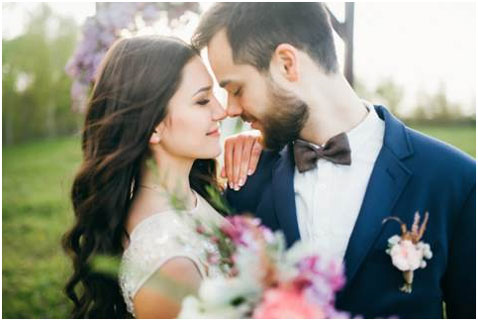 If being a lawyer is the second-most difficult profession in the world, what must be the first? Well, if you guessed being married to a lawyer, you could be correct.

On its own merit, the practice of law isn’t easy. No matter what one’s practice area is, be it corporate law, intellectual property or litigation, etc., if an attorney enjoys the practice of law, and how creative interpretation and vigorous of debate of law-related issues can help a person, that attorney is, without a doubt, in the right profession.

But such enjoyment and success within the law practice world doesn’t come without a price.

Sure, attorneys are strong and stoic characters. They are confident, and in some cases, acutely intimidating, particularly as they square up against other attorneys in a courtroom. However, that strength and stoicism, and always the eventual confrontation lawyers have to engage in for their clients, can put a strain on not just the lawyer themselves, but those involved with the lawyer.

It’s something to keep in mind when not just marrying a lawyer, but getting involved in any type of relationship with a lawyer.

Dedication and perseverance; these are two words that in any other profession have positive associations, examples being:

But in the law profession dedication and perseverance can project connotations that are the polar opposite of the positive examples provided above.

What any of this can mean for the prospective marital mate of a lawyer is countless hours and many days in which one person may not fully see and be with the other person. Even if your lawyer love is there on the sofa, watching the Home and Garden Network or the Rams game, they may not truly be there at all.

The lawyer’s mind (and soul as well as character), is a difficult switch to turn off. Attorneys continually think about cases and their ramifications, if briefs were prepared correctly, if depositions were informative and transparent enough, or if they are entirely prepared for the next day’s litigation.

Either that or your lawyer mate might just be worn out from a long day, week, month or year.

You should know that lawyers burn out. They burn out from doing too many doughnuts. The soles of their loafers are ground down in just the same way that an Indy race car’s tires are ground down at the race’s conclusion when the winning driver celebrates by doing rubber-burning doughnuts across the start-finish line.

This is what the work of law can do to a lawyer: it burns them out, tears up their suspension, and finally blows their motor apart.

And while this may sound comical, how a lawyer tears him or herself apart is no laughing matter. They may have made partner, might charge the most billable hours of anyone in the law firm, or just show that they care, that they are dedicated and have perseverance.

The fact is that as a lawyer’s spouse, you can also experience burnout. You’re tired of living apart due to your spouse’s commitment to their work. The weekends are nonexistent, and a list of cancellations mark the occasions you were supposed to get together with family and friends, but had to scratch due to this or that work-related situation that involves your spouse.

It can become old very quickly. Before you know so, you two could be arguing, sleeping apart, and resorting to alcohol and/or drugs to mitigate the situation, until separation finally occurs, which can invariably lead to divorce.

So as someone who is or who seeks to marry an attorney, what are you supposed to do? What actions do you take?

Well, as harsh as it might seem, there are no actions to take, except separation and/or divorce. Why? Because nothing will change; the practice of law won’t slow down or become more marriage-friendly, and your spouse, as a devoted lawyer, will stay a devoted lawyer for as long as he has a job and/or lives.

How Lawyers Are Built

As was mentioned earlier, lawyers are built to be confident and to persevere. Law school also trains lawyers to be myopic. They need to have continuous laser focus on their cases. Nothing can nor will distract them. This is the way law school, and afterward, the legal practice trains lawyers.

This, of course, is a character trait that not everyone can enjoy, including the lawyer themselves. However, it is tantamount to the law practice. One needs to be concentrated, direct, and have an attack dog-like sense of wrestling their case into a win.

Unfortunately, the longer a lawyer practices, the more ingrained that lawyer will be within this philosophy. At some point in their life, particularly if they have continued their practice, these lawyers will become insular and antisocial. All they know is associated with the law firm. The people, the work, and even the very reason they get up in the morning is attributed to their job, while increasingly little of what makes this lawyer tick is less attributed to you and the relationship you two “share.”

While many aspects up to this point may seem dire, not everything is doom and gloom regarding marrying or having a relationship with a lawyer. There are, after all, positive aspects to a lawyer. Or, at least, positive aspects that might help you better understand your lawyer-mate.

In a recent article that appeared on Lawyerist.com, it was suggested that empathy, or a lack thereof, was one character trait that could make or break a romantic relationship with a lawyer.

For the lawyer and non-lawyer, or in other cases, two lawyers who are romantically involved, empathy plays a huge role in whether or not a relationship will survive. To that end, both the attorney and their love interest need to have an understanding of each other. Of course, without communication, this understanding is virtually impossible. After all, how can you know a person if you never speak with them, or have slowly ceased speaking with them?

Empathy can go a long way to understanding what an attorney deals with day in and out; though that’s not to say empathy is a one-way street. It is instead very much reciprocal.

With empathy, it’s highly important that the attorney practice it with their mate as much as that mate practices it in return.

Lawyerist.com maintains that one of the quickest ways to damage a relationship is by letting stress seep into it. Avoiding this can, of course, be difficult for an attorney simply because his or her day is operated under extreme stress. That stress can easily lead to many maladies that manifest between two people. In fact, stress in relationships has been known to cause:

To prevent this, both the lawyer and the lawyer’s partner need to continually check in with each other. Both sides need to be open from one person to the other about what their day was like, all while being aware of each other’s issues, and that one person’s workday frustration, stress, pressures and disappointment do not outweigh in importance the other’s workday frustration, stress, pressure and disappointment. Both persons’ issues hold equal significance.

While the legal profession can be stressful and depressing, those who do get involved with individuals in the legal field should make it a habit to practice empathy and compassion with each other. They should also try to recognize the challenges both persons’ personal life has to live through five or more days a week.

Both the lawyer and the lawyer’s romantic interest need to recognize the difficulties of each other’s work. It’s likely that the non-attorney in a relationship with a lawyer might also have a stressful job. Stress, after all, is something two people can have in common.

Most importantly, both people have to understand the challenges their lives are going through as well as be supportive of each other. While this may seem oversimplified or Pollyanna, giving each other attention by having a night out, exercising together, going on vacation or just hanging out can do wonders when the stress of work, be it legal or otherwise, creeps into a relationship.

It’s not just the lawyer’s profession that is stressful. The same can be said of nearly every other profession from surgeon to postal worker. Regardless of the job title, the job itself – any job for that matter – may have underlying stressors no one, not even a spouse, boyfriend, or girlfriend may know about.

To that end, couples, and not just those where one or both partners are attorneys, but all couples need to understand the power of compassion and empathy when it comes to staying together. Once that is realized and practiced, what once may have seemed like hurdles in a relationship will become nothing more than slight undulations on the footpath to long-term love.

Why Do Lawyers Drink So Much?

Why Do Lawyers Drink So Much?