Related Articles
The Importance of MBE in the Bar ExamPrep course for taking the Bar Exam and PMBR (Professional Multistate Bar Review)Surviving The First Few Days Of Law SchoolPro bono work — good for the client, good for the soulQualifying at the US Bar
< Back To All Articles

Share
Tweet
Linkedin
19 Views
( 3 votes, average: 4.3 out of 5)
What do you think about this article? Rate it using the stars above and let us know what you think in the comments below.
In New York and most other states, the bar exam is not the only requirement you must fulfill in order to be admitted to practice. Many states also require you to pass the Multistate Professional Responsibility Examination (the MPRE or the Ethics Exam for short). Compared to the Multistate, the Ethics Exam doesn't take so long to grade, it's much easier to pass, and all of the jurisdictions that require it will let you transfer your scores from another jurisdiction. 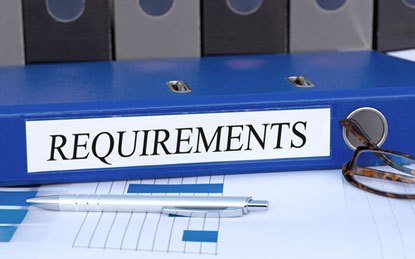 You may also have to obtain other elements of legal education before you're permitted to practice. when I applied for admission to the bar in New Jersey; they gave me a bunch of booklets and required me to prepare some basic forms and papers, using the examples in the books as guides.

The application is pretty bad in some states. Armed with the information you provide, the examiners may contact every high school and college you attended and every employer you've ever had (including the part-time and casual ones), as well as seeking three references for every place you've lived. They may ask about parking fines, child support obligations, bankruptcy, divorce, debts past due, bounced checks, your health, and even a "poor attitude." The ABA actually encourages them to bother asking such broad questions as whether you have ever made "false statements, including omissions," been guilty of misconduct in employment," or engaged in any "acts involving dishonesty." Heaven forbid that you should have gone to see a campus shrink during your worst days in law school, because they'll want to know about it before they admit you to practice law, and they'll take that little visit seriously. They may want to know about buying sprees, reckless driving, foolish business investments, and "sexual behavior unusual for the individual," which may include not only homosexuality but ordinary heterosexual cohabitation or "living in sin" - and those sins can keep you from practicing law.

I wasn't warned about any of this before I committed myself to a law career. Far from it, the official statements I heard were bland ones like this:

The usual requirements for admission [to the practice of law] are possession of good moral character and fitness, i.e., law abiding and free from drug or alcohol dependency,

It would be one thing if everyone had to be a saint. But they do a miserable job of reviewing these applications. It's pretty much hit or miss. Only two out of every thousand applicants is denied admission at this stage. The thing is you don't want to be one of those two losers.

If you catch their attention, they'll be much harder on you than they are on practicing lawyers, even when the practitioner poses a much greater danger to the client than does the new admittee. Thus, you can be kept from practicing law for hypersensitivity, rigidity, unwarranted suspicion, excessive self-importance, a tendency to blame others, or intemperate language. But you don't want to go too far the other way, either. You can get into trouble for excessive immaturity, a lackadaisical attitude, or conveying the feeling that you lack interest in correcting yourself.

As with the bar exam pass rates, there's no consensus among the states on this. For example, while an actual mental illness may not be enough to keep you out of practice in Nevada, mere "religious fanaticism'' might X you in Arizona, Illinois, and Wyoming. In one case, a conscientious objector was excluded because he could not swear to uphold the state constitution's requirement that he serve in the state militia in time of war.

You'll find inconsistency even within states. Maryland denied admission to an applicant who had stolen sleeping pills and left the scene of an accident, but admitted a person who had been convicted as the driver of a getaway car in a bank robbery. Michigan once refused to admit a person who had violated a fishing license statute 10 years earlier, but admitted someone who had been convicted of child molesting and someone else who had spent several years in a maximum security prison for conspiring to bomb a public building.

The pretense of making sure that you are morally fit for the practice of law has aided in discrimination against women, minorities, and those who support unpopular causes. Nevada asks you if you're a Communist. Tennessee requires you to list all organizations to which you belong, despite the fact that it's illegal for them to do so.

Fortunately, I had no such problems. After filing the application, I waited a month or two, and then it was my turn to show up at the courthouse and have a little chat with someone about my application. He didn't seem to have read it. And I knew to expect that, because that was how it had been for my friends who had already been admitted. At worst, they had been asked to clarify one or two superficial points.

Then we got sworn in, me and the other people who had come to the courthouse that day for our little chats. I couldn't help recalling Arlo Guthrie and "Alice's Restaurant." But, finally, I was in. I was an attorney admitted to practice in the State of New York.

The best part of LawCrossing is its service. The site also provides accurate information and has amazing features.
John

LawCrossing Fact #121: We know how to get results. Whether you’re just out of school or looking for a career change, we know how to move you in the right direction.