Taking the Bar in Multiple StatesThe Different Types of Bar ExamsChoosing a Bar Review CourseWhat is the Bar Examination?
< Back To All Articles

Share
Tweet
Linkedin
4121 Views
( 414 votes, average: 4.5 out of 5)
What do you think about this article? Rate it using the stars above and let us know what you think in the comments below. 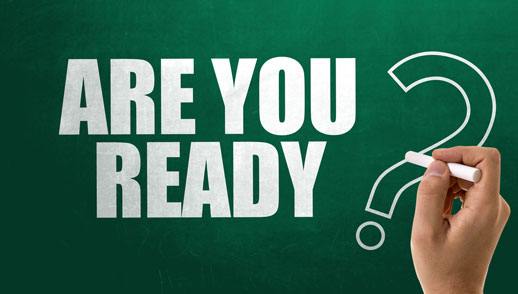 One of the biggest reasons to take a prep course is that your schooling alone will most likely not have provided you with all the information you'll need. Robert Feinberg, president and CEO of the bar-review course PMBR (Professional Multistate Bar Review), asserts that "law schools don't prepare students for the bar exam"-bar-review courses prepare students for the bar exam. Dayanim had no interest in tax law, so she chose not to waste a full three credits studying it. Instead, she'll get the essential information on tax law in New York-the state in which she's taking her exam-in condensed form from her BAR/BRI prep course.

Conviser offers perhaps the most persuasive argument of all for not going into the bar exam less than fully prepared: "Bar exam failure has very public ramifications." If you don't pass the exam, your friends, colleagues, and-in many cases-anyone who visits your state bar's Web site will know about it. (If your last name is Kennedy, your under-par performance could make headlines for weeks.) And of course, you won't be a lawyer until you do pass.

Firms are generally accommodating to first-year associates who learn in November that they have failed the bar. Especially if you've wowed them in your first three months on the job (read our tips on first-job success), they will usually let you stick around and retake the exam in February. Of course, your business card will only say "law clerk" until you pass. If the second time is also a no-go, many firms won't give you the chance to see if the third's a charm before they say sayonara.

Most states, however, will let you take the exam as many times as necessary. In 1997, 42-year-old Herbert Moreira-Brown passed the New York State Bar after more than a dozen attempts. As he told the New York Law Journal, "If you pass it once, it doesn't matter how many times you failed."

Prep-Course Primer
If you don't adhere to Moreira-Brown's philosophy, however, sign up for a prep course-or two, or three. The biggest and most reputable name in bar review is BAR/BRI, the only nationwide course offering preparation for all 50 states' bar exams. PMBR is also a familiar name for most 3Ls; it's well-known for its condensed three- and six-day MBE-only prep courses. Both have been around for over a quarter-century, both are extremely comprehensive and offer various services to students from their first semester in law school, and both carry hefty price tags-from several hundred to a couple thousand dollars each, depending on the bar (or bars) you're preparing for.

There are also "boutique" prep courses-like Fleming's Fundamentals of Law in California-and a few less-expensive at-home study programs. These courses, however, are only appropriate for students in a handful of states and are not as well-established as either BAR/BRI or PMBR.

Dayanim is planning to take PMBR's six-day course in addition to her BAR/BRI preparation. She won't be alone. Many aspiring lawyers double up on prep courses. They want to know that they went into the exam having done absolutely everything to ensure a passing score the first time around. As the BAR/BRI T-shirt quips: "Do it right. Do it once. Never, ever do it again."

You can take BAR/BRI without taking PMBR, but you can't take PMBR alone as it only preps you for the MBE and not the state-specific or essay portions of the exam. PMBR bills itself as a supplement to a BAR/BRI-type course, and endorses taking both. Robert Feinberg founded PMBR on the premise that a good score on the MBE can make up for a weaker score on the state-specific section. For example, Florida requires a combined score of 262 on both its MBE and local tests, so every point over 131 that you earn on the MBE earns you points toward your local score. In fact, there seems to be an unwritten theory among bar-exam experts that, in most states, if you can ace the MBE, you'll pass the whole thing.

Many students take PMBR's short course during the two-week gap between the end of their BAR/BRI course and the exam date. Some former test-takers caution against this tactic, however, asserting that there's not enough time left to absorb all the information PMBR throws at you, and it's better to take advantage of it earlier in your study period.

One Virginia examinee didn't bother with PMBR at all, however. She knew that it would only help her with about 40 percent of her score (Virginia counts your results on its own state-specific test for 60 percent of the total) and that much of the information would in fact be contradictory to what she would need to know for her local exam.

Both BAR/BRI and PMBR have earned their stripes by hiring only currently practicing lawyers and law professors and by providing students with the most up-to-date practice questions and review materials. BAR/BRI consistently researches and analyzes each state's exams in order to help students focus their study on the areas they're most likely to see on the test. For example, BAR/BRI can usually predict which combinations of New York's 27 possible essay subjects are likely to show up on the administration for which you're preparing. And if you plan to take a bar exam in more than one state, most prep courses-including BAR/BRI-will cut you a deal on the cost of double-prepping, whether you do it at the same time or in tandem.

Inside a prep course.

BAR/BRI's lecture-style classes are led by experts in each subject. Course material is customized to each state's exam, and lessons are separated by subject, addressing both the rules and their exceptions for each specific state. This format allows you to study for both the MBE and the local test simultaneously.

Unless you're taking a class in the most popular city in the state for which you're studying, you'll watch all of your classes on videotape. While this may seem impersonal, it's actually of little consequence whether you attend live or recorded lectures: The material itself is well-outlined in BAR/BRI's prepared guides, and even in live classes, students aren't allowed to interrupt the professor with questions. Many professors do give out their direct office numbers, however, to students who view either live or recorded classes. If all else fails, you can always call BAR/BRI's question-and-answer hotline. BAR/BRI does provide live lecturers in multiple locations in all states for its one-day MPRE prep class. There are no MPRE courses on tape.

Taking a bar-review course, like the one BAR/BRI offers, can be more intense than any of the classes you endured in law school. For the July exam, for example, BAR/BRI's classes begin shortly after graduation in May and run for six weeks. Each week, you can expect four or five days of lectures-about four hours each day-and three to four hours of condensing your notes. In addition, you'll have about two hours' worth of reviewing and practice questions to do on each weekday, with another eight to 10 hours of work waiting for you on the weekends.

BAR/BRI advises its students to take one day off from studying each week for the first month of the course, and for good reason: Students who study non-stop for six weeks are more likely to burn out early, leaving them drained and test-weary long before the actual exam date.

Some boutique courses, like Fleming's, offer personalized tutoring as part of their course. (Fleming's tutoring package runs about $5,500). Others, like BAR/BRI, provide individual attention in the form of a hotline. Hiring a tutor is not a complete substitute for taking a course and is not often necessary because the nuances of each state's exam are pretty cut-and-dried, but some test-takers feel more secure with personalized attention. You can often find local bar-exam experts through your university's newspaper or bulletin boards. Expect to pay upwards of $50 to $100 an hour for their services.

Sign up early!
You can register for these prep courses as early as your first semester in law school or as late as your last, but there are two advantages to registering early: Both BAR/BRI and PMBR will freeze the cost of their courses as soon as you put down your deposit, so thinking ahead can save you several hundred dollars; early birds also benefit from supplementary prep materials-study outlines for your MPRE, for example-and subject guides for core law school classes to help you make the most of your law school experience.

So now that you know the ins and outs of this legal test of all tests, all you need to do is take the darn thing. Then, just sit back, relax (yeah, right), and wait four months to find out if you passed.

I am pleased with LawCrossing. If there is something worth recommending to others, it is this website. Truly wonderful!
Leslie

LawCrossing Fact #41: All LawCrossing users get 20% off resume-writing services from Resume Apple, a company that specializes in a variety of industries.