Share
Tweet
Linkedin
58 Views
( 9 votes, average: 4.8 out of 5)
What do you think about this article? Rate it using the stars above and let us know what you think in the comments below.
I finished law school in the requisite three years. The bar exam promised to take only a few months from my schedule. In return for being shorter, the bar exam period was more intensely painful. 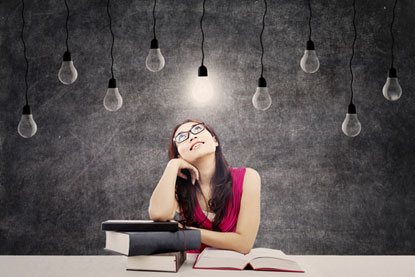 In case you're wondering, attorneys are called "the bar" because they have the privilege of entering beyond the wooden railing that separates the general courtroom audience from the judge's bench; 216 thus the word "barrister" as a name for an attorney in Britain.

The term "organized bar" refers to those attorneys who belong to a bar organization. It comes up most often in references to the ABA, which fights for the interests of attorneys, offers annual conventions (for which attorneys can get a tax write-off) in places like San Francisco and Hawaii, and researches questions pertaining to the legal system.

In law school, all I knew about the bar exam was that it was given twice a year. Nobody talked much about it. It just kind a stayed out there in never-never land until graduation day. But things changed quickly after graduation.

As I soon discovered, one day of the two-day bar exam is devoted to the Multistate Bar Examination (also referred to as the Multistate or simply the MBE). It covers six subjects that most states and territories consider basic to the practice of law, namely, contracts, torts, constitutional law, criminal law, real property, and evidence. Most of us hadn't even looked at those subjects since the first year of law school.

On the other day of the exam, you don't take a standardized national test. Instead, you answer questions posed by the state's bar examiners. The questions might require essays, or even a brief in which you tell an imaginary judge why your hypothetical client should win.

The examiners also reserve the right to cover a lot of different topics on the state portion. Here is what they told me about the New York exam that I was going to take:

This was scary. I had worked in a law firm during my second summer. After that, I had decided to spend my third year of law school studying corporate law rather than preparing for the bar exam, so that I'd be ready for the demands of the job when I started work after graduation.

Besides, as a "national" school, Columbia didn't even offer courses in some of the New York bar exam subjects. New York Civil Procedure, for example, was a nightmare of more than 120 legal-sized pages in my bar review book, and I'd never seen any of it before.

Thus, after three years in law school, I hadn't studied even half of the 23 non-Multistate subjects on which New York planned to test me. I had to learn or review them all in the two months between graduation and the July bar exam.

You start your bar review preparation intelligently. You don't waste a minute pretending that you know the law. The exam wants you to memorize the rules and spit out the right answers, not to sit there and theorize. For this, your three years of open-book exams in law school leave you unprepared.

The first step is to sign up for a bar review course. My course was BAR/BRI, for which I'd been an on-campus representative (and therefore got a free ride). At our daily class meetings, when we weren't taking notes, we gossiped about a competing course called Peiper. They supposedly charged a premium price, admitted only the best students, and had a very high pass rate. No doubt the people over at Peiper were meanwhile gossiping anxiously about yet another course.You're a fool if you don't sign up for one of these courses.

I already told you how big the law library is. I have no idea where you'd start if you wanted to do it on your own. There really are patterns to the bar exam's questions, and these review courses can detect them. They also give you mnemonic devices and shortcuts to cram your memory full of the trivia on which you're likely to be tested. With their assistance and a lot of devoted effort, you can make it.

You can, that is, if you don't defeat yourself, as I did. I got married on the day before I graduated from law school. It was grand to drink champagne on my European honeymoon. Upon returning, I found it difficult to drop my happy-newly-wed attitude in favor of the desperation and fear that is essential if you're to study as hard as you must for this exam. Besides, I was distracted by two business school classes that I had to take that summer in order to finish my MBA.

I also kept thinking that this was a stupid exam. I didn't want to practice all those different areas of law. I had no interest in spending weeks learning stuff I knew I'd never use. It didn't help that, every summer, The New York Times runs an editorial that points out how the bar exam is so irrelevant and how much time and money it wastes. Who would willingly dedicate themselves to such a dumb project?

LawCrossing helped me with a recruiter and a job too. Excellent service. Thanks!
Debbra