( 126 votes, average: 5 out of 5)
What do you think about this article? Rate it using the stars above and let us know what you think in the comments below.
Recent law graduates who live in areas where courts of multiple states are equally accessible, or those thinking of relocating in the future, often take multiple bar exams in different states. To maximize future benefits, it is always prudent to take exams recognized by multiple states as soon as you graduate from law school because the core areas of law are still fresh in your mind. After 5+ years in private law practice, attorneys struggle with taking multiple bar exams because by that time attorneys usually become confined to specific practice areas of law. 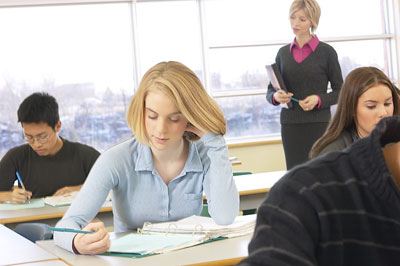 
Exams that are recognized in local bar exams of multiple states

Usually, MBE scores are good for multiple states, although, there are some states like New York which insist that in order to count the scores of MBE taken in another state, the scores must be of the same year in which an attorney sits for the NY bar exam.

The MBE is taken on a single day across 48 states as also in the District of Columbia, Northern Mariana Islands, U.S. Virgin Islands, Republic of Palau, and Guam. Louisiana and Puerto Rico do not administer the MBE because these states follow a civil law system. Except for Delaware and North Dakota, all other states administer the MBE twice a year, specifically on the last Wednesday of July and the last Wednesday of February. Washington currently does not require the MBE exam for admission to its bar, but has announced plans to participate in MBE from 2013.

The MBE has around 200 questions spread across six subject areas. The questions are not categorized according to subject area papers, but are bundled and blended together. All questions are of multiple-choice type and have four answer choices. The six subject areas of the MBE are Constitutional Law, Contracts/Sales, Criminal Law/Procedure, Evidence, Real Property, and Torts. Out of the 200 questions, 190 are scored and 10 are evaluated for future use. However, the 10 questions that are not scored are indistinguishable to the examinees and all 200 questions need to be answered.

States that participate in the MBE usually allocate one day for the MBE and one day for the local bar examination. The exam takes about 6 hours to complete divided into two three-hour sessions. Historically, the average score of the summer MBE has been about 128 (64%).

MBE scores can be transferred to other jurisdictions by applying for the same and requesting concerned bar associations to waive the requirement of retaking the MBE for the purposes of admission to their respective bars.