How to Get Good Grades to Get Admission in Good Law SchoolsLaw School: An OverviewFinding Attorney Jobs in ChicagoAll About LSAT - Law School Admission Test
< Back To All Articles

How Viable is Law Practice Still as a Noble Profession

Share
Tweet
Linkedin
1901 Views
( 192 votes, average: 5 out of 5)
What do you think about this article? Rate it using the stars above and let us know what you think in the comments below.
The life of a lawyer is hardly happy-go-lucky. First, you are a human, and then, you are a lawyer. This simple fact continually fails in registering itself, while we are engrossed in doing our daily tasks and meeting deadlines. So stress keeps piling up, substance abuse becomes common, families break down, tripping up and getting caught in the web of professional misconduct, knowingly or unknowingly, is also quite common. 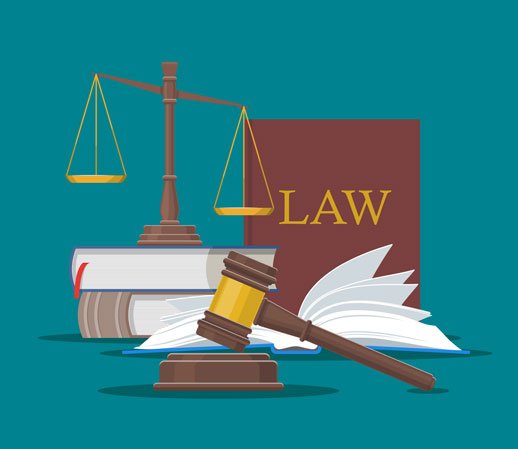 Dealing with the injustices in one's personal life is tough enough; dealing with the injustices in the lives of hundreds of strangers on a regular basis can immutably change one's character and behaviors. It's no wonder then that through the centuries, lawyers have seen themselves as apart from humanity, and in its turn, the rest of humanity has seen itself as being apart from lawyers.

Add to this the burdens of continually juggling between the duties to a client, and the duties of being an officer of the court and upholding the values of a noble profession. On one hand, your earnings are at stake, on the other your license to practice law is at stake, and either way, your career is continually at stake.

Things could have been understood, if it still was a valued profession in the manner it was before the rise of commercial law student mills, massive law student loans and debts, and inequitable scope of employment.

Professions are supposed to provide secured means of livelihood – the way a doctor can continue to survive and succeed because there is a demand for his/her services that continues unabated, and as long as he/she provides quality services, regardless of delivering it through a structured institution like a hospital, or individually, he/she is assured of a livelihood.

However, in the practice of law, today, there is no such guarantee. The practice of law has become a profession that does not offer a secure means of livelihood, but getting there places a burden of loans and expenditure of resources on aspiring lawyers, so as to reduce their choices of having a good life as a human. And of course, then you are subject to the rules of the noble profession.

Ask any fresh law graduate who had tried to make it solo without having family connections at court or in the profession of law – until you start making good money, most other members of your noble profession would regard you as an uninvited guest to their private party. When you start making money and having clients, suddenly everyone is your long-lost cousin, all part of the same brotherhood.

I made a search with the keyword phrase “lawyer career” on Google today, as on December 22, 2012. The third result was an article named “One Lawyer's Path to Finding Meaning in His Career.” Going by the rules of Search Engine Optimization, it gives an indication of a huge number of searches and interest on the internet in finding a “meaning” in a lawyer's career. The article author, David Koller, writes of his experiences of finding meaning in his life by transitioning from the life of an individual lawyer to that of the owner of a small law firm. That's how he found meaning in his career – by mentoring and helping others overcome the difficulties he had faced in his time. But what stands out, and what rings as truth in the article is what Koller says about why he was frustrated and depressed early in his career as a lawyer.

In his words, “I was a frustrated lawyer. I was frustrated with the work I was doing -- work that I felt no attachment in performing, and work that I felt no accomplishment in completing.” And when delving into what it actually was that made him feel uncomfortable about law practice, he says, “I felt unsatisfied because I felt that if I were not doing what I was doing, then someone else would be doing it just as well, and the world would be no different. In essence, I felt very, very replaceable.”

This is the thing that comes with commercial law student mills, mass production of law graduates, and working in law firms, each of which seems a clone of another with cloned work processes and office environments. The individuality has been lost in the profession to a great extent, and may be along with that, the veneer of nobility.

Does it happen to everybody? May be not, or may be it was never fully understood. But since the arrival of the information age, and actual employment data surfacing through transparency efforts, it is becoming clear that close to half of law graduates are not going into the practice of law. And another big number leave the practice after facing mid-life crises. Law practice would obviously remain as a means of earning, but whether as a noble profession as different from a noble industry remains to be seen.

The good news is that the situation seems to be correcting itself with law schools coming under attack over misleading employment data, the number of LSAT examinees and law school candidates dropping ingloriously, and the number of people who joined the ranks without a passion to practice law growing smaller. Law is a noble profession still, but to continue to remain so, it is essential that people who come into the practice of law must come not because they see it as just another means of livelihood. Because then they would become just another lawyer, keep feeling replaceable until they succeed in finding their way, and affect the nobility of the profession by making it seem as just another process based industry.

LawCrossing is the only job board you need to find a job. No other website compares.
Ramona

LawCrossing Fact #33: LawCrossing’s articles have features that let readers comment on them, allowing site users to share their opinions and interact with each other.