Share
Tweet
Linkedin
2964 Views
What do you think about this article? Rate it using the stars above and let us know what you think in the comments below.
The prosecutors whose tips are included here have all spent plenty of time inside a courtroom. Many of the cases they've tried have involved the kinds of events that can occupy the media for days. 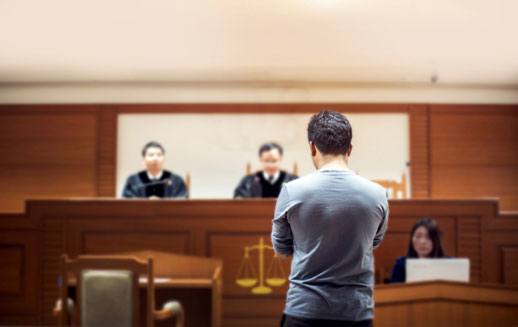 Still, much of a prosecutor's work doesn't feature the high glamour or financial gain that sometimes characterizes a civil litigator's life. In addition, the kinds of felons prosecutors often try—car thieves, white-collar criminals, and murderers—have little in common with the parties involved in civil actions. Furthering the differences between private and public work is the fact that the top job is an elected office, so most prosecutors need to be politicians as well as serious trial attorneys.

A good opening statement is critical to effective prosecution.

"A case that stands out in my memory," comments Henry Valdez, the District Attorney for the First Judicial District of New Mexico, "is the State vs. Abeyta." Mr. Abeyta was accused of killing seven people, including a sheriff's deputy, a police officer, and an infant. In 1991, it took more than three months for Mr. Valdez to try the case. In the end, the jury convicted Mr. Abeyta of several counts of first-degree murder, and he received the longest sentence in New Mexico history.

The First Judicial District of New Mexico includes Santa Fe, Rio Arriba, and Los Alamos Counties. Mr. Valdez began working for the District in 1980, before graduating from law school. Today, he is the D.A. for an area that includes five pueblos and one reservation. "It makes trial work challenging because of the different value systems," comments Mr. Valdez, who was first elected to his position in 1993.

Though he is strongly in favor of preparation before entering the courthouse, once inside the courtroom, Henry Valdez believes in the importance of the opening statement. "Because of time constraints, judges are exercising more control over voir dire, so oftentimes the opening statement is the first time the jurors get to hear any of the facts of the case, and at that point, they're a dry sponge," explains Valdez. "Coming out persuasively is critical to a successful prosecution."

Susan Gaertner, District Attorney for Ramsey County, Minnesota.
Get your hands dirty with the facts.

Ms. Gaertner has been working in the Ramsey County District Attorney's office for the past 20 years. For the first 10 years, she was an assistant county attorney. She was elected District Attorney in 1995. She is currently a member of the Board of Directors of the National District Attorney Association (NDAA), is a recognized expert in the use of DNA evidence, and has co-authored the NDAA policy on the subject.

Ms. Gaertner's most memorable case involved brutal domestic abuse. "It was a horrible case study in domestic violence," she explains. The victim had been physically and emotionally abused since the day she was first married. In the end, her husband beat her so severely that the coroner couldn't enumerate the number of bruises on her body. Her husband was convicted and is serving a life sentence. But the case had a definite impact on Ms. Gaertner. "I've put a high priority in this office on domestic violence prosecutions," she says.

As part of Ms. Gaertner's civic duties, she's worked with her daughter's high school mock trial team. What she tells them is similar to the advice she gives new prosecutors at her office. "My first year of law school, I had a professor who used to wring his hands in a dramatic way and exclaim, 'Get your hands dirty with the facts,'" explains Ms. Gaertner. The advice stuck, in large part because after 20 years, Susan Gaertner realizes the facts are what you must use to paint the picture for the jury. "You need to get immersed in them," she concludes.

Ms. Gaertner's other piece of advice echoes Mr. Valdez'. She says that her 20 years of trying cases has taught her "everybody gets worked up about their closing argument," but for her, the key moment is the opening statement. "If I don't have the jury with me by the time I sit down after opening statement, I'm in trouble," she says. "Don't save your passion for closing argument."

When asked about the most memorable case on which she worked, Ms. Alvarez, who has been trying cases in Cook County for more than 18 years, doesn't equivocate: People vs. Sykes, or what the local and national media dubbed the Girl X case. In that case, a nine-year-old girl was horrifically raped, strangled, and otherwise brutalized and left for dead. After recovering, she was blind and paralyzed and forced to communicate by eye movement. But she wanted to testify, and Ms. Alvarez put her on the stand. The defendant was convicted and sentenced to 120 years of imprisonment.

When asked about litigation advice, Ms. Alvarez is also quick to answer. "I think preparation," she says. "You have to spend time with your victims and eye witnesses. Even going out to the scene is important." She points out that different issues arise with each case, and even though you may have questioned a medical examiner 20 times in trial, it's still extremely important to prep them with questions related to the case being tried. "Preparation is absolutely key," she concludes.

Mr. Valdez agrees that preparation is vital in part because a major difference between civil and criminal litigation is the burden of proof. For criminal cases, the proof must be beyond a reasonable doubt, and the jury decision must be unanimous. According to Mr. Valdez, that makes trial preparation extremely important. "You have to make sure you're familiar with every document in the case, that the police have brought everything over, [and that] your witnesses have been thoroughly interviewed," and so on. "And," adds Mr. Valdez, "in the field of prosecution, lawyers will have a hundred felony cases, so they don't have unlimited time to prepare or concentrate on one case."

Joe Cassilly, State's Attorney of Harford County, Maryland.
If you're going to try a murder case, you have to believe in the death penalty.

Harford County, MD, is just off the main highway between Baltimore and Washington, DC. For almost the last 25 years, the State's Attorney for Harford has been Joe Cassilly. Prior to first being elected to the State's Attorney job in 1982, he was an assistant state's attorney for five years, so he knows something about the area—and the job. Today, he is also Treasurer of the National District Attorney Association.

Mr. Cassilly doesn't name one particular case as his most significant, but identifies a class: capital cases. Over the years, he's had plenty of experience, and from his perspective, "You have the most at stake in [a capital case]—from family contact to the trial itself. And it's not just the trial," adds Mr. Cassilly, referencing the appeals process, "but these cases can go on for years."

"In terms of trying capital murder cases," Mr. Cassilly says, "you have to strongly believe in the death penalty. It's not one of these things where you can say I get paid to advocate this even if I don't think this it's the right thing to do. I don't think you can get away with that for a capital murder case. The jury's watching you. If you're not looking them straight in the face and saying this guy deserves the death penalty, then you're not going to win."

LawCrossing is a perfect site indeed, as in spite of such a humongous database it is updated regularly.
Mark

LawCrossing Fact #6: LawCrossing’s database of job-seeking resources is always growing, ensuring that our selection will be greater each week.