Which Law School Graduates Have the Highest Salaries?
< Back To All Articles

Share
Tweet
Linkedin
60 Views
( 9 votes, average: 4 out of 5)
What do you think about this article? Rate it using the stars above and let us know what you think in the comments below.

Ideally, you'd like to know a lot of things before you choose among the 175 or so law schools in the U.S. that are now approved by the ABA.3 You might have only the vaguest idea of where and what you'd like to do as a lawyer. You could use a good source of information at this point. 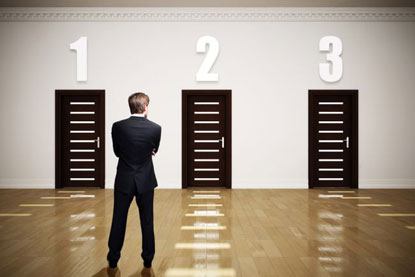 Let's suppose, for instance, that you'd like to practice law in California. It would be helpful to know how much you might make as a lawyer in San Francisco or Los Angeles. And then you'd like to compare this California information against comparable data for, say, New York. It's one thing to decide between Manhattan and Malibu. But for all you know at this point, the wrong law school might have you choosing, instead, between Buffalo and Bakersfield. You'd like to know this kind of thing before committing to a particular school.

It could also make a difference in your planning if you could learn more about being a lawyer in your target place. Is there active discrimination, in that city or state, against lawyers of your ethnic group, race, religion, or sex, by the bar association, by law firms, or by judges? On the other hand, do any of your favorite law schools have strong local alumni networks that might help you get a job?

There are other kinds of information that would be helpful to you at this point. For instance, it would be nice to have a chart that lets you go down a column entitled "Annual salary,'' until you reach the number that appeals to you, and then look across to the column for the city and the size of firm that interest you, and see how many hours you'll work to make that much money in that city. It could also be helpful to know how many years the typical graduate of each law school stays in his/her first law job, or how much s/he makes there, and how many graduates of each school have become partners4 in top firms or judges in important courts.


Not to mention the bar exam. You might wonder how many people from each law school fail it the first time, and of those who fail, how many never pass it, so that they've effectively wasted their three years in law school.5 And you might want to know how much law school will cost, how much you'll have to borrow, and how long it will take to repay.

In short, if you were choosing among law schools according to whether they met your personal needs, you'd expect to be able to go down to the bookstore and pick up a book that contains a lot of data on questions like these.

But surprise, surprise! This is not how most law students go about deciding which law school to attend. It can't be, because there's no such book. In fact, even the raw data that you'd need to answer those questions isn't always published, and in some cases it's never even been collected.

So now we have two unanswered questions: What makes people suddenly become so sure that they want to go to law school, and how do they know which law school they want to go to? And, come to think of it, there's a third question: Why doesn't the bookstore stock a book that answers these practical questions about your legal future?

It's not that bookstores are afraid of the subject. After all, the shelves are full of resources like your LSAT preparation book and your book on how to approach the law school application process and how to choose your law courses, as well as war-story books about the first year of law school or about being a big-shot attorney, and guides to the various law schools, and collections of articles by lawyers in which they say why their own specialties are so good or so bad.

Nor are lawyers reluctant to ask questions. On the contrary, they're bright. They're driven. Even at this pre-law stage, you'd think that these students, of all people, would insist on knowing exactly what's going to happen to them in this hard, expensive process of legal education.

So how can it be that many people who enter law school know less about what they're getting than when they go out to buy a new car? You have to assume that they believe they have enough information to make their career decisions. How can they be so smart, know so little, and feel that they have the knowledge they need, all at the same time?

There is an answer. The answer is that all this information doesn't matter.

If you were going after a Ph.D. in philosophy, you'd know that one graduate school is very different from another. Unless you loved the kind of specialized work that they were doing at a particular school, you wouldn't fit in, and they probably wouldn't like you very much.

That's not how it is in law school. The ABA-approved schools all meet the same requirements, and the graduates all have to work in the same legal system, so you're a lot more likely to be studying exactly what you would have studied at some other school.

Since the schools are so similar, the choice of school might seem irrelevant. If you're destined to be at the bottom of your law school class, then no doubt you belong at a place like Harvard, whose fame will make it much easier for you to rest on your laurels. Otherwise, though, you have lots of highly comparable schools to choose among, and you'll work hard and learn a lot at any of them:

At least 40 law schools in this country are of "superior quality." They ... produce graduates who can solve the most intellectually demanding [legal problems]. Alleged distinctions between or among these schools are distinctions in image,...

And that's why you care which school you get into. We agree: The schools really are similar. But that's not important. What's important is that your peers, your employers, and you yourself are going to believe that you're a cut above the crowd if you graduate from a big-image school.16 Everyone goes to the "best" - i.e., the most prestigious - school they can, and therefore they assume that you're doing likewise. So if you go to a "loser" school, they think that's where you belong.

For most entering law students, the real question about a school is not whether it will give you a better education, but where it stands on the pecking order. And since a lot of people take that order so seriously, here are the top 20, according to one widely published survey:

The Decision to Do It

And now that you've feasted your greedy eyes, let's get back to the enterprise of figuring out what goes on here.

There's room to question the pecking order - not only because it pretends to detect important differences in the quality of the schools, but also because it sometimes ignores schools that seem to be quietly doing a good job of getting their graduates into high places. For instance, you may be surprised, when you page through the Martindale-Hubbell Law Directory™ to see how many of the lawyers in good law firms had gone to obscure schools. In the same spirit, a random look at more than 600 attorneys who made it into the Who's Who in American Law gave this unexpected list, in descending order, of the 10 schools from which most of those attorneys had come: Harvard, Michigan, Columbia, George Washington, Virginia, Yale, Chicago, Fordham, Georgetown, and NYU.

Students often don't, but should, think about more than more prestige. For example, one writer urges you to find out whether (a) you can take courses outside the law school in relevant subjects (business, for instance), (b) the clinical21 courses are good, (c) the social life seems limited to beer blasts, (d) student government makes a difference, (e) you have a choice of interesting legal journals to join, and (f) the place has good physical facilities.

Most prelaw students don't deeply investigate the question of which law school would be best for them personally. Certainly not if it's a choice between Columbia and Boulder. The pecking order is hard to buck. You'd need an awfully good reason to reject a top school.

That's what the statistics say, anyway. The big-name schools get literally thousands of applications for a few hundred spaces, and those applications come from the college students with the best GPA's and LSAT scores. There's no denying the importance of prestige in this process.

So you wind up with a funny result. The students who are brightest and most questioning get in line behind one another, applying to the same schools in the same ways for the same reasons. They come a long way, in a very short time, from their initial doubts about going to law school.

But why? What is so compelling about law school and/or the practice of law? What grabs you and makes you shout, "Yes! Yes! That's for me!"

The answer is, you do this because you've got a dream. You buy into a projection, partially true and partially false, that's displayed for you by older people - mostly lawyers - who have their own ideas of what the law is all about.

The email alerts from LawCrossing provide me with new jobs matching my criteria. It makes my work easy. Great site!
Diyari

LawCrossing Fact #96: We can’t promise you a job, but we can promise to make the job search a whole lot easier!