Anayat Durrani
( 82 votes, average: 4 out of 5)
What do you think about this article? Rate it using the stars above and let us know what you think in the comments below.
These days, jobs and the economy are on the minds of most voters as Election Day has come and gone. A political hot topic that surfaced during the debates is the controversial issue of outsourcing jobs overseas, a route pioneered by the IT industry. But as Election Day has passed, the spotlight is expected to fade on the issue, as a number of corporate law departments and law firms, prompted by a weakened economy, increasingly look to outsourcing work offshore to manage costs and increase profitability. 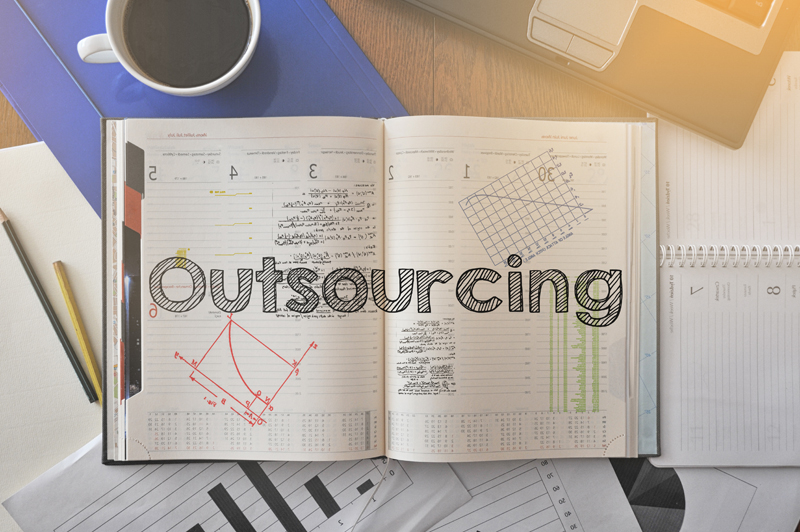 Now that the election is over, law firm off-shoring will continue to accelerate, according to Leon Steinberg, CEO of Intellevate, a Minneapolis-based outsourcing company that provides legal support services, such as paralegal, docketing, technical research, and/or bookkeeping functions to its clients. "Law firms are political animals, and many of them are unwilling to put a stake in the ground until the elections are over."

In recent years, outsourcing has become big business for legal outsourcing groups like Intellevate LLC, Mindcrest, and Office Tiger. Industry participants estimate the potential for orders from U.S.- and U.K.-based law firms could range between $2 billion and $4 billion a year, according to a report by Dow Jones. The bulk of the work being outsourced is "back-office" work such as legal research services, word processing, copying, legal transcription, accounting, and other administrative support. Based on industry data, top 200 U.S. law firms spend nearly $20 billion annually on operating costs, with office operations and documentation management making up 46% of total expenses, the report said.

Mr. Steinberg said Intellevate has doubled in size in the last year and expects to double in size again in another 6 months. Intellevate is majority owned by shareholder attorneys at Schwegman Lundberg Woessner & Kluth, a nearly 60-lawyer patent firm in Minneapolis, a firm that also is a customer of Intellevate's services, according to Minnesota's Pioneer Press. Mr. Steinberg cited several advantages to outsourcing legal work to countries like India, the location of Intellevate's support center. The fact that "India works while we sleep" results in work being done 24 hours a day and yields a faster turn around time, he said. Mr. Steinberg also said the cost savings and the reduction in risk were other advantages. "Because wages are lower, through India more time and care can be taken."

India has become the center of outsourced work, especially in such cities as New Delhi, Bangalore, Mumbai, and Hyderabad. Mr. Steinberg, whose legal-services support center is located in New Delhi, said his company chose India because of its high population of advanced degree holders who receive their education in the English language. Steinberg also noted that the prevailing wage in India is 25% of the prevailing wage in the U.S. For example, a patent lawyer with little US prosecution experience may make over $80,000 in the U.S. and less than $20,000 in India," said Mr. Steinberg. Another advantage of India, he said, is that its legal system is based on the British model, as is the United States. This has led many corporate law departments and law firms to rely on lawyers in countries like India, New Zealand, and other similar British-modeled countries to cut costs.

Despite its seemingly growing trend, law firms who do outsource are not always willing to disclose it, and the companies helping them outsource are also mum on the subject. Then there are others who oppose outsourcing and feel it may not be the best option for some law firms.

Hankin Patent Law, a firm based in West Hollywood, CA, is not considering outsourcing patent work overseas. Marc Hankin, the company's founder, believes doing so could prove problematic, and not merely because of language barriers or time zone differences. "First, there is the security issue. Technology may not be exported to other countries without express permission of the U.S. government. Even were that available, there is the issue of our client getting ripped off and having little chance to discover it, and less of a chance to do anything about it."

Mr. Hankin also stressed the issue of quality, saying that the majority of the work they do for their clients requires thorough working knowledge of American law and the nuanced cases of the United States Court of Appeals for the Federal Circuit. "There are other, subtle, legal parameters as well. I find it hard to believe that someone outside the U.S. would understand these enough to do a good job avoiding the pitfalls…I doubt that I would entrust my clients' work to anyone overseas."

Trojan Law Offices, a patent and trademark litigation law firm based in Beverly Hills, does not currently outsource work overseas but is considering it as long as it is properly supervised by U.S. counsel.

In the meantime, outsourcing remains a lucrative business for companies like Office Tiger and Hildebrandt, who began a joint venture in June to provide "back-office" support services to leading U.S. and U.K. law firms. One of these firms includes U.K.-based Allen & Overy, which has some 3,300 partners and staff and operates in 20 countries.

"When we began this venture, our expectations were high and we are still surprised by the interest in firms' leaders and the desire to learn more about outsourcing and figure out how to apply it to their practice," said Michael Short, Director of Hildebrandt International, a law firm consulting group.

OfficeTiger has operations centers in Chennai, India, with more than 2,000 trained professionals including MBAs, PhDs, and chartered accountants. Some of the services Office Tiger-Hilderbrandt provides for its clients include document processing, business and legal research, risk management, professional support, HR, finance and accounting services. "The kind of work varies by size of firm, culture of firm and general reception of the firm's management towards the concept of outsourcing," said Mr. Short.

While the concept of outsourcing begins to gain more buzz among law firms, Mr. Short believes outsourcing will in time become more mainstream. "In the near future when the Baby Boomers retire, the demographics of the U.S. workforce will create a huge change in supply and demand. It is a good idea for law firm leaders to start thinking about outsourcing now rather than later so that they can ease into the outsourcing transition."
( 82 votes, average: 4 out of 5)
What do you think about this article? Rate it using the stars above and let us know what you think in the comments below.