David Dorion
( 294 votes, average: 5 out of 5)
What do you think about this article? Rate it using the stars above and let us know what you think in the comments below.
Summary: It is recommended that presumptive law students should prepare for law school while in undergraduate school. 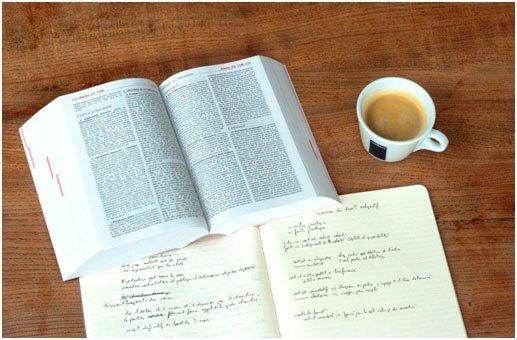 While the decision to go to law school may come easily to undergraduate students who have interests in becoming practicing attorneys, there are a notable amount of additional decisions as well as considerations to take into account.

For example, do you know what type of lawyer you want to be? Or, have you considered what type of law you want to pursue? There are many types of lawyers in the legal profession, all of which can be assembled in categories such as litigation, corporate, environmental and tax law to name a few.

Have you also taken into account the exams you will have to take to be admitted into a law firm, namely the LSAT and/or the GRE?

And what about where you want to practice which can also dictate what practice field you want to pursue – all of these factors – and many more – need to be thought out with purpose and dedication by those who have committed themselves to going to law school after they move on from the undergraduate level of their education.

First of all, what is the importance of preparing for law school?
Law school is no joke. Those who succeed in not just being admitted into a top-tier law school, but have a successful career throughout law school, more likely than not prepared themselves heavily for the demands that law school will present.

They have researched potential practice areas, studied a list of law schools whose curriculums fall in line with the type of law they desire to practice.

These newbie law students have taken pretest study courses pertaining to the LSAT and GRE. They have visited law school campuses, met with (if available) the law schools’ counselors, professors, and in some cases, former graduates.

Most even know how much (or how little) they have to pay for law school, and with that, already understand what financial aid, as well as potential scholarships they can receive to help pay off their law school debt.

So why is this important?

Most law schools enjoy incoming students who are already prepared, or at least have a strong notion of what they want to do in law school. While there could be a number of reasons why one or two students have entered law school without taking the GRE or LSAT, the majority of perspective law students have taken either test at least once.

But most importantly, these law schools know that the incoming class of undergraduates seeking legal careers want to be at their respective law schools. After all, they’ve done the research, know the curriculum, have even, in some cases, toured the campuses.

This is what law schools like to see: Well-prepared and eager forthcoming law students who will make the most of what the law school has to teach and offer, which in turn can make the law school stand out among other law schools, should one or more students trek onward to successful legal careers.

For purposes of this article, we will stick with 0L, which means you are in the very first stages of law school – a stage, in fact, in which you are going through the various preparations of applying to law schools, taking the LSAT or GRE, gathering letters of recommendation and looking into financial aid, among a host of other activities such as visiting campuses and speaking with law school counselors and professors.

Regardless of that, as an incoming law student, it is good to know that law school is regarded as both a three or four-year educational endeavor, depending upon who you speak with.

In fact, law school is broken down this way:

In this case, the above does not include 0L, which some regard as one of the more important law school grade levels throughout one’s legal education. Even so, there is no recognized 0L grade level in law school, though for prospective law students, the simple fact of being accepted to a law school in itself demarcates a passing of failing grade. In other words, if you’re accepted to the school(s) of your choice, you pass, If none of the schools you applied to accept you, then you’ve failed.

To that point, 0L is more of a preparatory law school grade level. In 0L, law students have to:

While these may seem like suggestions for a person to get into law school, the last thing they are is optional. Each one of these steps is absolutely imperative toward beginning a law school career that will eventually prepare you to be a lawyer.

More Actions All Presumptive Law Students Should Do Before They Become 0L Law Students
College Xpress suggests that if you’re considering going to law school after you finish your undergraduate degree, the sooner you start preparing, the better. Everything you do throughout your four years in college can either help or hurt you when you start applying to law schools, so it’s important to consider your courses, extracurricular activities, jobs and internships. Think about each of these facets of your undergraduate years in terms of how they’ll affect your prospects.

The following highlights additional actions future law students can take to help them get on the right track toward preparing for law school.

While law schools accept a much broader range of students with a much wider variance of majors than those listed above, prospective law students should understand that some majors will prepare future law students better than others.

For example, a legal publication recently cited the findings of Derek Muller, a professor at Pepperdine University, who examined the mean LSAT (Law School Admission Test) scores and undergraduates GPAs by major for law school applicants. Students who majored in subjects such as classics, international relations, and philosophy fared the best, perhaps because those majors require the critical thinking skills that law school demands.

Conclusion
The 0L times for future law students are exciting and wide open. Do well as an undergraduate within a major that pertains directly to what you want to study in law school, stay abreast to the goings-on of the law schools you want to attend and practice areas in which you want to participate in, and your legal future will be well on its way to a successful and fulfilling profession.

For more information, read the following:

( 294 votes, average: 5 out of 5)
What do you think about this article? Rate it using the stars above and let us know what you think in the comments below.

15 Law Schools That Get the Most Transfer Students

15 Law Schools That Get the Most Transfer Students