Teresa Lo
What do you think about this article? Rate it using the stars above and let us know what you think in the comments below.
Summary: One of the best ways to improve yourself as a writer is to improve your legal writing. 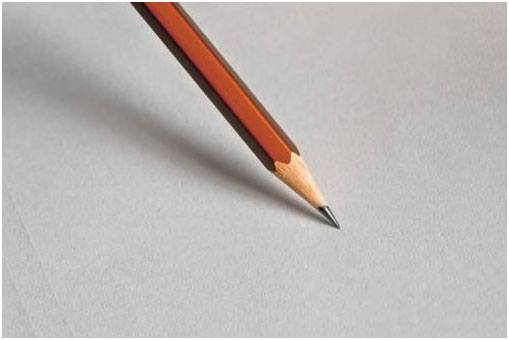 Love or hate his political views, the writings of late Supreme Court Justice Antonin Scalia were a pleasure to read because of his skills as a writer. His work was known for its conversational-style while maintaining enough formality to never be deemed unprofessional. Scalia reportedly “wrote for the ear,” meaning he wanted his words to be read aloud to see how they sounded, and his colleagues have stated that he will probably be one of the most well-known justices of all time because of his legal writing.

For lawyers and others in the legal profession, they too are constantly writing. While television shows make it appear that lawyers are usually in court, arguing their cases in front of impartial juries; the truth is attorneys spend most of their time reading and writing. Because of this, lawyers are on the lookout for ways to improve their craft. The following are some tried and true tips from experts on better legal writing.

Bryan A. Garner, editor-in-chief of Black’s Law Dictionary and one of the most notable experts in legal writing in modern history, wrote in ABA Journal that lawyers can improve their legal writing by stacking their conclusions in the beginning of their documents.

“Whether you're writing a research memo, an opinion letter or a brief, you'll need an up-front summary,” Garner stated. “That typically consists of three things: the principal questions, the answers to those questions and the reasons for those answers. If you're drafting a motion or brief, try to state on page one the main issue and why your client should win—and put it in a way that your friends and relatives could understand. That's your biggest challenge.”

Garner said that one common mistake attorneys make is that they put their conclusions only at the end of their memos and/or briefs, instead of also in the beginning. The reason for this is that readers, like any human, may get fatigued; and to optimize your persuasiveness, you need to let them know early what you are trying to say.

“If you're writing a research memo, put the question, the answer and the reason up front. Don't delay the conclusion until the end, as unthinking writers do, naively assuming that the reader will slog all the way through the memo as if it were a mystery novel. And never open with a full-blown statement of facts—despite what you may have learned elsewhere. Why? Because facts are useless to a reader who doesn't yet understand what the issue is. Instead, integrate a few key facts into your issue statement,” Garner continued.

Legal issues are often never simple, however writing in a convoluted way is not going to bring anyone to your side. Attorney Casey Sullivan wrote in FindLaw that lawyers can simplify their writing with three methods: focusing on readability, cutting out the legalese, and keeping your writing concise.

Sullivan stated that most Americans read on average at an eighth-grade level, and he said that lawyers should keep that in mind. Because legal documents are read by people other than attorneys, Sullivan suggested lawyers use “short sentences, active verbs, common terms, and even bullet points when necessary.” Next, Sullivan said to cut out the lawyerly phrases that cause readers headaches. This includes unwieldy legal wording and “obscure Latinisms.” Lastly, the FindLaw writer wrote that brevity is a great trait in legal writing.

“When it comes to writing, keep it quick and short,” Sullivan said.

By the time people have graduated law school, they will have had at least 19 years of education. In that time, the are trained in organizing their thoughts and putting it into writing, but experts agree that adding headers, subheadings, breaks, and other tools to make one’s writing easier to read on the page is optimal.

“Organization is the key to successful legal writing,” The Balance advised. “Create a roadmap for your writing by using visual clues to guide the reader. Introduce your subject in an introductory paragraph, use transitional phrases (“moreover, “furthermore,” “however,” “in addition,” etc.) between each paragraph, introduce each paragraph with a topic sentence and use headings and subheadings to break up blocks of text. Limit each paragraph to one topic and sum up your message with a concluding sentence or paragraph. Organizational structure guides the reader through your text and promotes readability.”

Inc. reported that in 2008 Scribes awarded Justice Scalia with a lifetime achievement award. The writing organization honored the conservative judge because he "has done as much as anyone in the modern era to promote clear, robust expression in a field often lacking in these qualities." When accepting this award, Scalia said that writing well did not require a high IQ. Instead, it was a skill that was enhanced by one’s ability to connect with others.

"There is, however, a certain quality possessed by the really great writer--legal or otherwise--that has nothing to do with brainpower and probably cannot be taught. The same phenomenon exists in other fields of human endeavor. The ability to speak foreign languages, for example, has nothing to do with IQ. And in the field of music--the other principal means of human communication--there is no reason to believe that Mozart was a genius in the ordinary sense of being brainy. He was a musical genius,” Scalia said.

“I think there is writing genius as well--which consists primarily, I think, of the ability to place oneself in the shoes of one's audience; to assume only what they assume; to anticipate what they anticipate; to explain what they need explained; to think what they must be thinking; to feel what they must be feeling,” Scalia continued.

At the Scribes’ award ceremony, Justice Scalia shared another tip: That excellence in writing can only be obtained with practice and time. These were lessons he learned as a student in college and as a professor of legal writing at the University of Virginia Law School.

"I believe I was set on the road to good writing during my first year at Georgetown College,” Scalia said, according to Inc. “I had a young professor for English Composition whose name I still remember, so much angst did he bring to my freshman year. P.A. Orr was a Canadian, and a damned hard grader; and he gave a writing assignment every weekend. I was not accustomed to getting the B minuses that I received on my first few assignments, and as a consequence every weekend of my first semester, I devoted many nervous hours to writing and rewriting. I am grateful to this day."

Scalia advocated that lawyers practice writing as much as possible, which is a sentiment shared by many other writing experts.

Legal briefs that are well-researched will always trump those that are not, and researching includes reading as much legal writing as possible to not only gain information but to suss out various styles.

Leo Babauta of Lifehack said that one practical tip to improve writing is to read others and learn from them.

“This may sound obvious, but it has to be said. This is the place to start. If you don’t read great writing, you won’t know how to do it,” Babauta said. “Everyone starts by learning from the masters, by emulating them, and then through them, you find your own voice. Read a lot. As much as possible. Pay close attention to style and mechanics in addition to content.”

Lawyers should seek out landmark cases and read them to get an idea of how those attorneys organized and defended their work. They should also read Supreme Court cases and analyze the way the justices composed their decisions.

Regarding books about legal writing, the following are often recommended by those in the legal industry:

When it comes to non-legal writing, high-quality journalism found in publications such as The Wall Street Journal, The Washington Post, or The New York Times can help you with your compositions. Stephen King’s On Writing is also a popular resource for prose writers.

Even the best writers are guilty of misspellings, bad grammar, or redundancies; and unless you have a copyeditor nearby, you are going to need help catching your errors. Microsoft Word has a built-in spellcheck, but there are also software programs available specifically that correct grammar and spelling problems that have an even better capability.

In your legal career, the majority of your writing will be on behalf of your clients, so it is important to know exactly what your clients want no matter what level of attorney you are.

“When given an assignment, ask plenty of questions. Read the relevant documents and take good notes. Learn all you can about the client's situation,” Bryan Garner said in ABA Journal. “If you're a junior asked to write a memo or a motion but you aren't told anything about the client's actual problem, ask what it is in some detail. You must be adequately briefed—and that's partly your responsibility. There's almost no way to write a good research memo in the abstract. As you're reading cases and examining statutes, you'll be in a much better position to apply your findings if you know the relevant specifics.”

Because client satisfaction is paramount to your practice, it is also advised to write your work so that your client can understand your conclusions, not just other legal professionals.

“You must summarize in a way that every conceivable reader—not just the assigning lawyer—can understand. So don't write your issue this way: "Whether Goliad can take a tax deduction on the rent-free space granted to Davidoff under I.R.C. § 170(f)(3)?" That's incomprehensible to most readers because it's too abstract and it assumes insider knowledge. Also, it doesn't show any mastery of the problem,” Garner continued. “You'd be better off setting up the problem in separate sentences totaling no more than 75 words: "Goliad Enterprises, a for-profit corporation, has granted the Davidoff Foundation, a tax-exempt charity, the use of office space in Goliad's building free of charge. Will the Internal Revenue Service allow Goliad to claim a charitable deduction for the value of the rent-free lease?"”

Writing experts agree—to master the craft, you have to organize your work so that it’s readable, and you have to make an effort and put in the time to create documents that are suitable to your audience.

“Don’t ever believe that writers are born (not made),” Bryan Garner said to The Student Lawyer in 2002. “It isn’t true, any more than the idea that golfers or violinists or cooks are born. The fact is that even those with talent—Tiger Woods or Itzhak Perlman or Martha Stewart—have worked extraordinarily hard to develop their technique. It’s no different for writers.”