How Virtual Reality May Change Your Legal Job Search Forever

Teresa Lo
( 77 votes, average: 5 out of 5)
What do you think about this article? Rate it using the stars above and let us know what you think in the comments below.
Summary: Virtual reality (VR) is an exciting and relatively new technology that is booming, and yet many people, particularly in the law firm community, are still unfamiliar with what it actually is and how it can be used in real life. 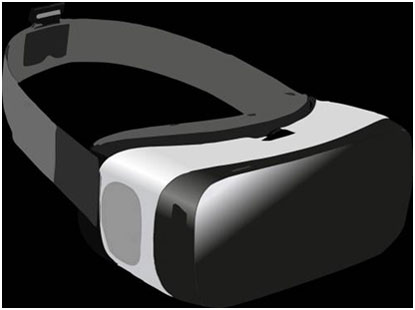 Any lawyer who has ever been unemployed has probably found themselves in the same situation. Like being at home in their pajamas, constantly checking the internet for job leads. Or schmoozing at networking events, trying to win over strangers with rehearsed small talk. Or even more anxiety-inducing, actually interviewing! The game of interviewing is one of impressing but not appearing too eager, and it can be a long process that could lead to a big win or crushing disappointment.


Even for those not unemployed, those who are starting out or unhappy at their current firm, know job searching is not a simple task, but luckily, there is technology that is making it easier and less stressful for all parties involved.

Virtual reality (VR) is an exciting and relatively new technology that is booming, and yet many people, particularly in the law firm community, are still unfamiliar with what it actually is and how it can be used in real life. While Hollywood has presented us with crazy science-fiction stories like The Matrix or Tron, we are currently at a more modest stage in VR development. Users may not be able to yet live in a fully immersive experience, but they can try out different jobs, visit companies, or take tests in computer-generated worlds; and employers are using VR for these very purposes.

So what does that mean for legal job seekers?
What is virtual reality?

First off, what is virtual reality? It’s most basic definition is that virtual reality is a computer-generated presentation to our senses. It provides users with a 3-D virtual environment, where they can explore and interact with the elements in view; and as of now, people experience VR with headsets and sometimes with sensory tools such as special gloves or a treadmill.

The experience is created with a combination of hardware and software, and it’s currently used in several fields. The most well-known field of use is entertainment. People are already familiar with VR games like Pokémon Go and immersive films, but the technology can and is also used in other industries such as architecture and medicine. For instance, architects can create building models that can be “walked through,” and in the medical field, trainee surgeons can practice in contained environments without ever having to actually work on a person. That same technology is used in the legal field. For example, trainers can have trainees walk through a virtual courtroom and practice cases without having to leave their office.

As of now, VR is an emerging technology and too expensive for most people to use on a daily basis. However, like older tech such as CDs or mobile phones, as VR progresses it will become more affordable and mainstream, and its possibilities are endless. Already, companies are offering VR that can be experienced on your cell phone with a simple converter, although it is not as advanced as using a pricier headset.

How law firms use virtual reality in the job-seeking process

Virtual reality is already being used by companies and organizations such as General Mills and The British Army, but what some lawyers and legal professionals may not be aware of is that law firms are starting to utilize the technology too in the recruiting process. This innovation means that job seekers can now learn more about potential employers better than before and vice-versa.

For instance, international law firm CMS used virtual reality to liven up its recruiting process in 2015. According to Lawyer 2B, the firm appeared at a student job fair with Samsung Gear virtual reality goggles and allowed potential future associates to experience an immersive 3D environment. Students got to “visit” the firm’s new offices as well as experience two 3D videos that showed them what industries CMS services.

In 2017, the Maryland Volunteer Lawyers Service (MVLR) roamed a fundraiser with virtual reality headsets made from cardboard. Using these inexpensive devices, the group transported people to a 360-degree courtroom training experience, according to ABA Journal. Using this feature, the group got valuable feedback from potential job applicants as to whether or not they enjoy the experience of being a pro bono attorney. Before the VR experiment, MVLR had a perennial problem of not having enough attorneys volunteer to the program, and their use of virtual reality was both for marketing and research.

Besides the courtroom video, MVLR also created a virtual reality training series with the intention of demystifying the courtroom experience to entice courtroom-shy attorneys to volunteer. The videos were uploaded on YouTube and could be watched with a Smartphone and a $5 Google Cardboard headset, which allowed would-be volunteers to learn about the program from the comfort of their own home.

What does virtual reality mean for legal job-seekers?

Employers are slowly starting to figure out ways to incorporate virtual reality into the recruiting process, and job seekers should be aware that this technology is both to attract them and to weed them out!

The Maryland Volunteer Lawyers Service’s virtual reality series was designed to show potential volunteer lawyers what it’s like to work for them, and other companies have benefitted the same way using VR. For instance, folks at Intuit wanted to show off life at the tech company so they created a virtual experience that could be played at a job fair but also at a long-distance candidate’s home.  This integration of VR is a smart way for job-seekers to get a glimpse of the company culture and to make a decision on whether or not the job is worth applying for. This could save candidates money when it comes to travelling and it also helps set expectations before a job interview actually takes place.

"When you hear about tech companies using VR, it's most often for a game or product experience for customers," Amanda Hippe of Intuit told Human Resource Executive Online. "Our talent-acquisition team thought this technology [could be used to] better depict company culture -- something that's historically been hard to share with prospective candidates."

Deutsche Bahn, a German mobility and logistics company, is another example of a company that used VR to draw in and repel applicants. Deutsch Bahn took VR headsets to career fairs and showed job seekers what the day-to-day of being a train conductor or engineer was like. Those with an aptitude for the job quickly applied, and those repulsed by the laborious tasks knew better than to fill out an application, thus saving themselves and human resources valuable time.

As mentioned earlier, job seeking can be an anxiety-inducing experience, but as more companies and law firms use VR, the process can become more efficient and cost-effective. Candidates can learn more about the company before even applying or traveling for an interview, and candidates can test out their potential roles before committing.

"We are in an age of massive disruption on the hiring front," Ernie Paskey of Aon Hewitt said to Human Resource Executive Online. "All sorts of technologies -- digital interviewing, predictive analytics, gamification, for example -- have emerged or are emerging" to change the way companies recruit and hire.”
The future of virtual reality in legal job seeking

All in all, virtual reality is in its beginning stages in the job search process. While it has not been a major component of law firm recruiting, it has the potential to become a trend since many major companies in a variety of industries are utilizing the technology to conduct interviews, show spaces and job duties, and test potential applicants for their skill sets. But with technology advancing with time, what else can people expect from VR?

Arvel Chappelle, a virtual reality leader, told LawCrossing that in the future we could see advancements such as holograms or biometrics used in the interview process.

“In the future you could basically pre-record your interview questions and have your AI/VR Holographic Avatar take the interview for you,” Chappelle said. “VR of the future will also include biometrics. That means if an interview was conducted virtually, your potential employer could have information about your health, cognitive state and emotions. This raises lots of privacy and ethics concerns that few are talking about now.”

It is unclear when these technological advances will come to fruition, but already we are seeing signs indicating it is soon. For example, concert-goers have been entertained by holograms of deceased musicians Tupac Shakur and Selena, and a Wisconsin vending machine company made headlines when it announced in August that it would start implanting biometric chips in its employees to test out a new payment system for snacks. While the idea of a law firm using a hologram or biometrics sounds like science-fiction, job seekers should note that when it comes to technology anything is possible.

What do you think about virtual reality and its place in the legal job-seeking process? Let us know in the comments below.

( 77 votes, average: 5 out of 5)
What do you think about this article? Rate it using the stars above and let us know what you think in the comments below.

How to Excel in Law Firm Interviews

How to Excel in Law Firm Interviews