Although Attorney Jobs Increase, the Numbers Are Not What They Appear to Be

Noelle Price
( 32 votes, average: 4.2 out of 5)
What do you think about this article? Rate it using the stars above and let us know what you think in the comments below.
Summary: Although the numbers appear to show an increase in attorney jobs, there are other factors at play. 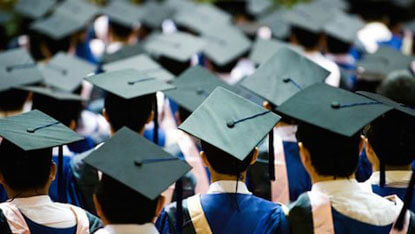 According to the National Law Journal, a greater percentage of 2014 law school grads obtained jobs compared to the class of 2013, figures released by the American Bar Association showed. Close to 60 percent of the class of 2014 were in jobs that required passing a state bar exam 10 months after graduation, an increase from 57 percent in 2013. These jobs are considered the standard for employment for attorneys. According to the New York Times, not surprisingly, the most elite law schools saw the best employment numbers.

Unfortunately, demand for new attorneys was actually flat. The number of jobs obtained by recent law school grads declined by 2 percent in 2014. This means that the higher employment rate happened because the law schools were graduating fewer students, not because the market got better.

The American Bar Association changed its reporting guidelines on employment.

Brian Tamanaha, a professor at the St. Louis School of Law, said, "The employment situation has gotten better. But that's mainly because the number of graduates has gone down. The market itself hasn't improved. I thought the market was turning around, so I was surprised to see that."

In fact, 2,709 fewer students received law degrees in 2014, which was a decrease of 6 percent in graduates who were looking for work. Law schools that began decreasing the sizes of their classes four years ago saw the delayed employment benefits of doing so, according to Derek Muller, a professor at the Pepperdine University School of Law who also tracks employment trends. Muller explained, "Because law schools are getting smaller, the job prospects for graduates are getting better," he said. "There are fewer graduates competing for those jobs."

Another 11 percent of 2014 graduates found jobs for which a law degree offered an advantage. This meant that 71 percent of all graduates had jobs that either required or preferred a Juris Doctor degree, up from around 68 percent the year before.

The unemployment rate did decline a bit. Around 10 percent of recent graduates reported that they were unemployed and looking for jobs, which was down from over 11 percent in 2013. However, that figure remained higher than the 6 percent unemployment rate for the class of 2010.

Golden Gate University School of Law saw the lowest percentage of graduates in jobs that required passing the bar exam-less than 25 percent.

The National Association for Law Placement found that associate hiring increased slightly in 2014.

The newest employment figures are not parallel comparisons to the year before. Many law deans lobbied the ABA last year to push back the employment data-collection timing by a month to make the process less biased for those states that release bar exam results later in the year. They argued that many graduates who had not even passed the bar would not even be considered for a job position. The ABA collection date moved from March 15 to April 15, which is roughly ten months after graduation.

Read about the change in reporting here.

However, the new time frame does not seem to have impacted employment rates. Job placement did increase slightly at schools in California, but mainly because there were fewer graduates. Many California schools increased the number of school-funded jobs, which improved their rates.

Lower bar passage rates in many states for the July test may have damaged employment numbers. Muller said, "Graduates failed the bar at a higher rate this year than previous years, which may have had an impact on some jobs on the margin."

The number of jobs funded by law schools went down slightly in 2014-from 4 percent to 3.6 percent. Emory University School of Law reported that 22 percent of its 2014 graduates were in school funded jobs, more than any other school. Michigan State University College of Law was next at 17 percent, followed by the University of Southern California Gould School of Law, at over 15 percent.

Tamanaha and Muller both hypothesized that the employment rates will continue to increase because the next three graduating classes will be much smaller. "That's good news for the people who do go [to law school], because you will have less competition for jobs. The odds will be better for these students," Muller explained. Many law school deans were optimistic about the numbers, Inside Counsel reported.