Paralegal Associations and How They Function

Share
Tweet
Linkedin
372 Views
( 52 votes, average: 4 out of 5)
What do you think about this article? Rate it using the stars above and let us know what you think in the comments below. 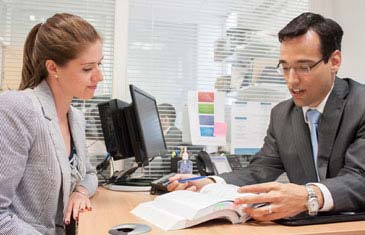 The National Association of Legal Assistants (NALA) is an association that has been active in the political and educational arenas regarding the promotion of paralegalism. Individuals can join NALA or one of the state and local paralegal organizations affiliated with it. NALA has an entry-level certification exam, known as the CLA or Certified Legal Assistant exam, for those who are interested in earning the designation CL Legal Assistant).


Although NALA and NFPA have contrasting viewpoints about licensure, they both have a relationship between paralegals and bar associations, and they both have issued a set of ethical guidelines that their members adhere to. They also do their best to monitor those activities of the legislature, co-associations that potentially affect their membership.

Paralegals are allowed to become associate members of the ABA, which is a voluntary association of attorneys.

What position the local and state bar associations in your jurisdiction take on the use of the terms paralegal and legal assistant or attorney, how to represent clients in most judicial proceedings (an exception for certain types of administrative hearings), set fees, create attorney-client relationships, or perform any number of other legal functions vary in different areas. Paralegals should be distinguished from legal technicians and lay advocates, both of whom work without the supervision of an attorney. Legal technicians provide legal services directly for the public. Because they do so without being under an attorney's supervision, they are frequently the butt of unauthorized practice of law allegations. Lay advocates represent individuals at administrative hearings and are limited to working within the procedural confines of an administrative agency that permits lay representation. Legal services may also be provided by a secretarial service that prepares standardized legal documents for people representing themselves in court. These service providers are less likely than legal technicians to be accused of practicing law without a license because they provide typing services only.

Paralegals are relatively new to the legal profession. They were first utilized in the 1960s in the War on Poverty to provide low-cost legal services so that a larger sector of the population could have access to legal advice and represent utilization. They were, nevertheless, virtually unheard of before the 1970s. The use of paralegals increased as paralegal associations organized and began to raise awareness in the legal system as to how paralegals could serve the legal profession. Today many law offices employ at least one. The strongest incentives to the hiring of paralegals have been the savings they bring to clients and their ability to generate income for law firms. Furthermore, paralegals enhance the efficiency of law firms because they can perform many tasks that can be effectively delegated to non-lawyers, thereby freeing lawyers to address matters requiring their expertise. However, these tasks are still very important, and making sure they are done correctly requires specialized expertise, as seen in the following example.

"A Silly Mistake Can Be a Disaster When the Attorney Shows Up In Court."

"I find it helps to pass the time if you skim over the documents before you copy them. That way you get a sense of the information they contain. It gives you something to do and definitely gives you a heads-up when it comes time to begin working the case." Andrew's voice startled Martha, but when the words registered she realized with some humiliation that Andrew spoke the truth.

The rising pink in Martha's cheeks telegraphed her embarrassment. Andrew graciously pointed out that he had required some enlightening himself before he had adopted this practice. "I learned this from Suzanne, you know. Before she said anything, I used to hate copy work. Once she explained how important it was to make sure that copies were made correctly, that papers didn't stick together, and that no pages were missed in the copying. I began to pay more attention to what I was doing. I realized that a silly oversight could be a disaster when the attorney showed up in court."

Martha did not know Suzanne, but had heard tales of her brilliance. She was one of the first paralegals the firm had ever hired and had set the standard for all the paralegals that had followed in her wake. Suzanne was NOW a successful freelance paralegal.

A quick review of the foregoing specialties reveals that, despite all of the possible variations, certain basic functions are performed by most paralegals. They include: Putting It Into Practice:

Which of these areas of law are of greatest interest to you? Find out more about those areas by using the Internet. Keep in mind that additional areas of law practice not mentioned in the abbreviated list above are also available. They include animal law, elder law, entertainment law, insurance law, international law, public health law, social security law, tax law, tribal law, welfare law, and workers compensation law. If any of these areas sound intriguing, include them in your Internet search.

I thought LawCrossing was great. I saw a lot of opportunities. It was a really great resource.
Jeff

LawCrossing Fact #171: Our “Job Source” key lets you display jobs from recruiters, employers, or both!