Cocky in Court or How Confidence Made Me a Better LawyerLegal Writing Styles that Lawyers Must MasterListen Up: How to Use Your Ears in a Legal Job InterviewThe life and legal career of Helen Long, Director, Career Development Office, Boston University School of Law
< Back To All Articles

Why are some attorneys better negotiators than others?

Share
Tweet
Linkedin
395 Views
( 52 votes, average: 4.7 out of 5)
What do you think about this article? Rate it using the stars above and let us know what you think in the comments below. 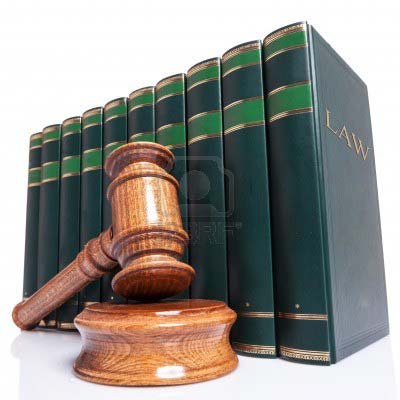 Because they've been trained in mediation practices like I have been extensively at Harvard under the great Frank Sanders - the originator of the practice.


Some of the best attorneys that I've seen at negotiating all have a couple things in common. (1) they do not start negotiating a reasonable place, they start at what many would consider unreasonably high or low years/dollars and work from there. (2) they do have reasonable expectations and understand that they are not going to get everything they want in the negotiation so they pick a couple of very important things and use the remainder of the items as bargaining chips/negotiating tools.


Inside the courtroom, it's about confidence and body language. Direct, unflinching eye contact, tailored suits, open palms, firm and direct presentation without being a bully, is what matters to a jury. Outside the courtroom, it is all about the research and complete preparedness.


The answer is easy!. The true negotiates are trained in Mediation.


One the most important things in negotiations is the willingness to say 'no' and walk away if necessary, while still leaving the door open to future discussions. Some lawyers become so fearful of losing a deal that they accept whatever sounds tempting.


I often work for attorney's as an expert in injury biomechanics. I can tell you why some attorney's are better negotiators because they negotiate with me all the time as to what they want me to say, how much I cost, and the testing I perform to bolster my opinions. It would make for an interesting persecutive.


I'm an attorney who negotiates complex multi-national deals as well as litigation settlements. I find that my approach to negotiation yields the best results for my clients. First, I listen. Next, often times what is most important is what's not being said so I ferret out the underlying issues. This takes a lot of time, patience, and willingness to set aside judgments. I also know all aspects of the deal I'm trying to put together to include the real risks. I also don't 'play games' for the sake of being obstinate. I did that being genuine and friendly is always the best approach as well. Being able to articulate a position and persuade the other side of its merit is key. I've run into lawyers that don't know the deal, don't understand the underlying business and believe their job is to say no versus help clients get the result they want. Would welcome an opportunity to chat more about this.


I have more than 15 years experience as both an attorney and professor. One of the courses that I teach is Negotiation. I find it interesting that most people think that some people are naturally better negotiators. It is my observation that negotiation is a skill, not a natural talent or gift. I believe that some people - including attorneys -are better negotiators than others because they are more intentional in learning to negotiate and preparing for each negotiation.


The better negotiators realize that most clients don't hire lawyers because they want the best trial; rather, they want the best solution to whatever problem they're facing. Using that premise as a springboard, the effective negotiator knows better than to bully or issue ultimatums to the adversary. Instead, if mediation is to be a problem-solving exercise, the effective negotiator will ask the open-ended question of, 'How?' Certainly, anyone asking that question must also be prepared to answer it with suggestions of how to settle the dispute. As a corollary, when one lawyer faces resistance from the other side, the question to the other side should be, 'Why?' or, 'Why not?' It is far easier (and perhaps cathartic) to say, 'We'll see you in court,' but truly effective negotiators realize that their job is best done at the bargaining table rather than the courtroom.

The most effective negotiators work very hard to understand the other side's underlying motivations and simultaneously work just as hard to establish realistic expectations on the part of their clients. Accomplishing both objectives permits the negotiator to achieve the best possible result for his client, which is often concluding a favorable deal but is occasionally advising his client when to walk away from discussions.


Some attorneys are better negotiators than others because some attorneys have the capacity to act as both advocate and facilitator at the same time. In their advocate role they recognize the strengths and weaknesses of their client's and the other party's positions. As a facilitator they are able to objectively review this information and use it reach as successful a result as possible for their client. The proper balance between these two roles makes an attorney an extremely effective negotiator.


The attorneys who are better negotiators have three common threads.

First - they listen
Second - they are experienced enough (either in LIFE or LAW) to see through what the stated roadblock is, and decipher the REAL issue
And third - they leave their EGOS at the door!


Negotiating is not something that comes naturally to most attorneys. Books and courses that teach negotiation strategies are helpful, but unless you are also practicing those skills, you are unlikely to become a great negotiator. The best negotiators I have seen are usually well-prepared, confident, and most of all, have a lot of experience in negotiating.


As a Career Management Coach with over 20 years' experience, I know that not all attorneys specialize in negotiation or litigation or contracts.

We wouldn't seek out a Orthopedic Specialist if we were experiencing a heart attack.


I have now mediated more 1,000 cases. In them I have seen the best and worst of negotiators. I offer the following ten bullet points. Much more could be said about any one of them. Many more characteristics could be enumerated.


Top 10 Reasons Why Some Attorneys are Better Negotiators Than Others


I've been an attorney in Chicago since 1978, and saw your inquiry. I would say that there are several factors that make some attorneys more skilled at negotiation than others.

First, of course, is experience. You do something 50 or 100 times, and you'll be better at it than the first time.

Second is what can be called research. Knowing as much about your adversary (the client, primarily) allows you to figure out what they can afford to spend, or how little they are willing to accept, depending on which side of the table they're on.

Third, you have to have the intestinal fortitude to demand more (or offer less) than you think will close the deal, knowing that you have room to move. But at the same time, you have to know how to avoid insulting your adversary by making ridiculously high demands/low offers.

Fourth, you have to be willing to walk away from a negotiation. And to take whatever the next step is--going to trial, passing up a deal, or whatever. Which also means, of course, that you have to educate your client that this may be the best course of action, given your adversary's position. In other words, to quote the old poker expression, you have to 'know when to hold 'em, and know when to fold 'em.'

Fifth, sometimes you have to be a little creative. For example, say that your adversary wants $500,000. Your client and you suspect that they'd take $400,000. You've offered $350,000, and it's been rejected. So you go to $380,000, but payable at $38,000 per year over 10 years. Or you offer something besides money--an opportunity, a piece of land that the adversary wants, or whatever--to sweeten the deal for them, without costing your client as much as cash would.

And last, but by no means least, sometimes you're just lucky.
-John R. O'Brien, Esq.

LawCrossing is designed in such a user friendly manner it makes job searching painless!
Jacinta

LawCrossing Fact #85: Because very few people know about many of the jobs on LawCrossing, users who sign up will be one step closer to finding their dream jobs.