( 250 votes, average: 5 out of 5)
What do you think about this article? Rate it using the stars above and let us know what you think in the comments below.
The federal government has a number of agencies that fight crime across the nation. These agencies include the Federal Bureau of Investigation (FBI); the Drug Enforcement Administration (DEA); the Border Patrol; the Marshals Service; the Bureau of Alcohol, Tobacco, and Firearms (BATF); the Customs Service; the Secret Service; and various other agencies. The individuals who work in law enforcement in these agencies are called special agents. 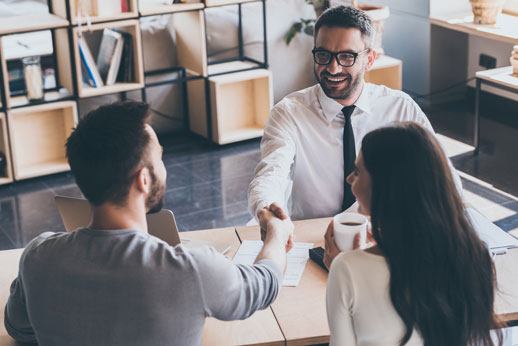 In many ways, being a special agent is truly special. This is a relatively small profession of highly qualified individuals who have been selected from a large number of applicants. They have considerable prestige as representatives of American justice.


While police officers make many arrests and handle a lot of cases, special agents may make few arrests and spend considerable time investigating one case. Depending on the agency where you work, you may be more involved with investigation than law enforcement.

Let's find out what happens on the job

Drug Enforcement Administration: Special agents in the DEA specialize in the enforcement of drug laws and regulations. They conduct investigations, carry out surveillance of criminals, infiltrate drug organizations, and seize assets gained from the sale of illegal drugs.

Border Patrol: This agency has the responsibility of detecting and preventing the entry of undocumented aliens into the nation. Its special agents apprehend individuals who violate immigration laws.

Marshals Service: These marshals and their deputies provide security for federal courts, including judges, witnesses, and prisoners. They also transport prisoners and serve official documents.

Bureau of Alcohol, Tobacco, and Firearms: BATF special agents enforce laws relating to the sale, manufacture, distribution, and possession of alcohol, tobacco, and firearms. In their work, they are involved in surveillance, participate in raids, interview suspects, and search for physical evidence.

Secret Service: The major task of these agents is to protect the president and vice president of the United States and their families.

The rewards, the pay, and the perks

One of the appealing aspects of being a special agent is the ability to retire from most agencies after 20 years of service at a specific percentage of the agent's highest salary. This gives the agents an opportunity to start another career before the usual retirement age of 65.

The salary of special agents is governed by the General Schedule pay plan of the government. Additionally, many agents receive 25 percent overtime compensation. In general, starting salaries range from $24,000 to $32,500 per year, plus overtime. All special agents receive an excellent benefits package.

Competition is keen for positions as special agents, and the job qualifications are high. For most agencies, the minimum educational requirement is a bachelor's degree. In addition, candidates for most jobs need to be in excellent physical condition.

Things you can do to get a head start

Because scholarship and physical fitness are so important in getting a job as a special agent, begin now to meet the highest standards in these areas. College students can get a head start by taking part in an intern program in the agency in which they'd like to be employed.

Now decide if being a special agent is right for you

A career as a special agent is a very demanding one. Will you be willing and able to handle the following aspects of this career? Tom joined the FBI after graduating from law school. He appreciates the opportunity this career gives him to make the world a little better and safer.

How did you know that you would enjoy working as a special agent?

I didn't. However, as I learned about the mission of the FBI, I became more interested. It was presented to me as a career with a variety of experiences incorporating physical as well as mental tasks. This appealed to me because I was an athlete who enjoyed both physical and mental challenges.

Tell me how you got started in the FBI.

I applied, took several tests, had a number of interviews, was given a physical exam, and had my background investigated before being hired. Then I reported for training for about three months. My first assignment was in Portland, Oregon. After 15 months, I was transferred to San Francisco. Later, I served in New York City before coming to my present job in Indianapolis.

Tell me about your first day at work.

I reported to FBI headquarters wearing a sport coat and a blue shirt. I was the only person in my class not wearing a white shirt and a dark suit. An assistant director glared at me as he told the class about the dress code. Nobody had told me before.

Describe one of your happiest moments on the job.

I was seeking to arrest an escaped prisoner who was a murderer. I had narrowly missed him on a few occasions before locating him. The building was surrounded with agents and the prisoner was pulled out of a basement room where he was hiding. He was returned to prison, and I believe he is still there.

What advice would you give young people starting out in the FBI?

Learn everything you can, and experience all you can. Have an open mind, and don't be quick to judge, because often what seems to be true at first may turn out quite different once you learn all the facts.

When I worked on the FBI fugitive squad in New York City, I received a call from our Newark office that they had a warrant for a murderer who had a black belt in karate and had vowed he wouldn't be taken alive. He was armed with the weapon he had just used two days earlier. I was given some phone numbers the fugitive called and learned of a close associate of the subject. I relayed this information to the Newark case agent.

We obtained a pass key, darkened the hallway, and forced the door, which had a chain in place. We switched on the light and leveled weapons at the fugitive, who raised his hands. The man was convicted of murder. We were fortunate to have such a successful outcome so soon after a crime was committed.