The Pace of Litigation Practice

What do you think about this article? Rate it using the stars above and let us know what you think in the comments below.
The pace can be hectic, even frantic. In the span of one day you may receive that box of documents from your own client that, despite several assurances in response to all of your careful and precise questions about its business dealings, demonstrate that things aren't quite as the client represented-in fact, you wonder if you are even dealing with the same company! Then, after calling all the lawyers who haven't answered your interrogatories on time, and putting all the phone messages from those lawyers to whom you owe answers to interrogatories at the bottom of the pile, you madly dash off to the courthouse for your status conference with the judge who last month fined five lawyers $100 apiece for being 2 minutes late to his courtroom. The cab is stuck in traffic, so you run the last two blocks to the courthouse, arriving drenched in perspiration and on the verge of cardiac arrest and/or a stroke, just at the appointed minute. Forty minutes later, the judge casually strolls onto the bench murmuring something about other court business in chambers and then proceeds to give you a trial date that coincides with the first day of your first vacation in three years. 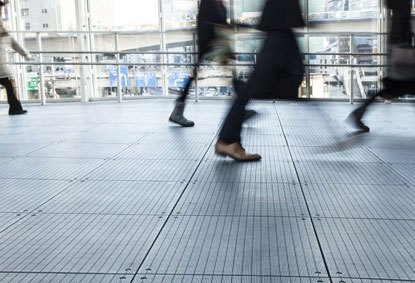 Of course, the court's schedule is not run for the convenience of lawyers, and even though it matters to no one whether or not the case is tried three weeks earlier or three weeks later, it will go on as the judge has scheduled it. You then return to the office to find a letter from a client who says he would be happy to pay your now-six-month-overdue $40,000 bill incurred in saving him $5-million in liability, but politely inquiring why it took you 6 hours to prepare a key witness for his trial testimony. Couldn't you have done it in 5 Vi? Right under the message is the 150-page motion for summary judgment filed by opposing counsel in a case in Mississippi, whose quirky rules require a response in ten days. The sneaky devils who filed this abomination have mailed it "pony expired," so you really only have three days within which to research and draft your response. Your date with the by now very skeptical blonde is canceled for the third time in two weeks, and you bask in the glow of knowing that in four days, if nothing else happens, you will get some sleep. Heat up the coffeepot, and send in more Twinkies.

Sometimes the pace is not so fast, and day to day it can be about as stimulating as watching Della, Paul, and Perry on the 11 o'clock reruns. A New York based litigation practitioner says," I once represented several orphans who had been injured severely in an airplane crash en route to their new adoptive homes. The defendant was a large American aircraft corporation that had all the money and all the time in the world. Every step of the litigation was met with motions, motions, and more motions. The defendants took depositions that on some occasions literally lasted for weeks. At one point, a witness lost her voice after several weeks of testifying from 9 a.m. to 6 p.m.

The children were examined by batteries of doctors for both sides, all of whom had to be deposed. Teachers, neighbors, relatives, and friends were deposed, in Washington, D.C., and in locations as exotic and far away as Bangkok, Thailand. Tens of thousands of pages of documents were produced, reproduced, and produced again. In the final months before the multiple trials began, 14- to 16-hour days, for seven days of the week, were the rule, not the exception. The trials took from three to five weeks to complete, and many were scheduled to begin within days of the completion of the prior one.

Following initial verdicts in favor of the children, more forests had to be cut to replenish the paper supply, more motions were filed, and then the inevitable appeals came rolling in. All of the verdicts were tossed out on evidentiary grounds, and new trials were ordered. There were then more depositions, more examinations, and more motions filed before the trials again commenced. After more trials, and still more motions, the cases finally were settled, over seven years after they had been filed. The children had gotten older, but the lawyers simply had grown old. While there was an enormous satisfaction in being able to achieve some sort of financial security for those injured children, the cost and drain on the lawyers had been enormous.

Is it worth it? Although my sanity often is challenged by friends and family, you bet it is! During the drudge times you curse to yourself, at first quietly under your breath, and later loudly to anyone who will listen. You are determined that at the end of the month you will start driving a bus for the local transit company. But the high points are certainly worth it, and you slowly back away from your own threats."

All in all, life as a litigator is a personally rewarding one. As an associate practicing litigation you will work your fanny off preparing a case for trial, only to watch in horror as the partner in charge, never nearly as wise or knowledgeable as yourself, messes everything up by asking all the wrong questions. Later, as a partner, you will, of course, ask all of the right questions and wonder why your young associates can't prepare a case as well as you did. From both perspectives, it's hard and challenging work, but work well worth your best efforts.

Good litigators enable their clients to have access to our court system for the orderly resolution of disputes; good litigators assist our judicial system in bringing about worthy social change on behalf of the common good; good litigators are essential to the smooth and fair functioning of our judicial system; and good litigators protect and preserve our civil liberties and civil rights. These are awesome tasks and responsibilities, perhaps likely to bring snickers and skeptical smiles from the ignorant and uninformed, but those who have kept one innocent person out of jail or recovered even $500 for someone who has been injured know that theirs is a most necessary, and therefore most rewarding, task.

To prospective lawyers, the term "rewarding" may light up the eyes. It should, but perhaps not for the monetary reasons you might be imagining. No doubt a number of litigators have practices that are exceptionally rewarding in dollars and cents. In every major metropolitan area in this country, there are usually one or two plaintiffs' lawyers, or firms, that somehow get all of the golden personal injury cases. It seems as though every week another million-dollar verdict is won, earning those plaintiffs' attorneys more cars, longer boats, and better antiques for the office. Many would hazard a guess, however, that most of the litigators they know still would wade into the arena of the courtroom without those types of significant monetary rewards, and, in fact, most do. It's the nature of the beast.

Please see this article to find out if litigation is right for you: Why Most Attorneys Have No Business Being Litigators: Fifteen Reasons Why You Should Not Be a Litigator